Angus is a rusty brown bull with a white stripe down his nose that gets wider as it nears his tan muzzle. He also has thick eyelashes and big, dark gray horns. 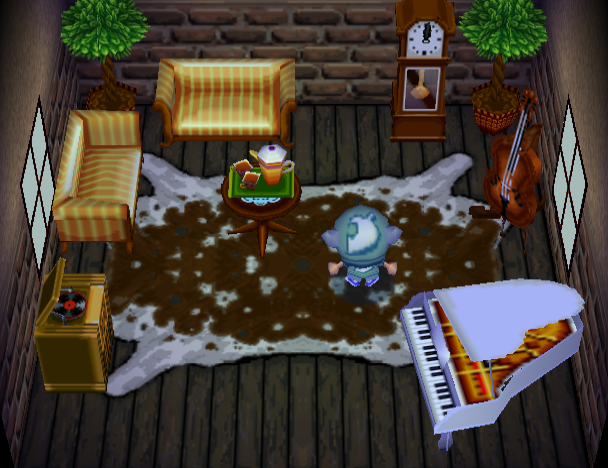 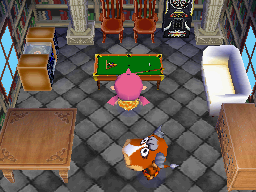 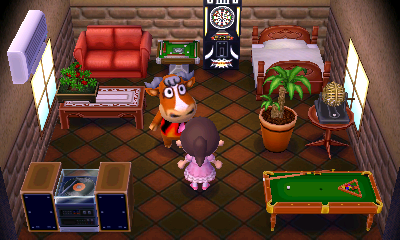 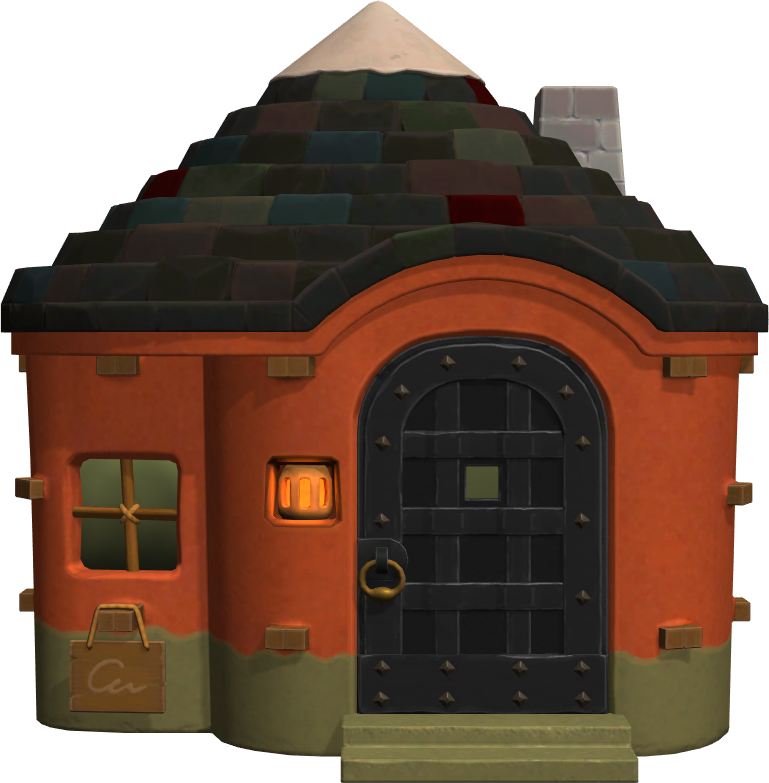 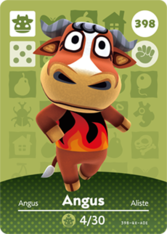