Difference between revisions of "Farley"

"<Player>... One as caring as you can easily be trusted with an axe that never breaks. May you use it to continue in your meticulous for the environment of <town name>. It is filled with my utmost gratitude for your efforts."
— Farley, Animal Crossing

Farley is a short figure covered by his long and thick grayish-white beard, excluding his big oval-shaped nose and his arms. He wears a big darkish-blue wizard hat with a flower, which has pink petals, a white stigma, and a darkish-brown stem. He also carries a long and large wizard staff made of wood.

Farley talks like a wise man or a wizard due to his appearance. 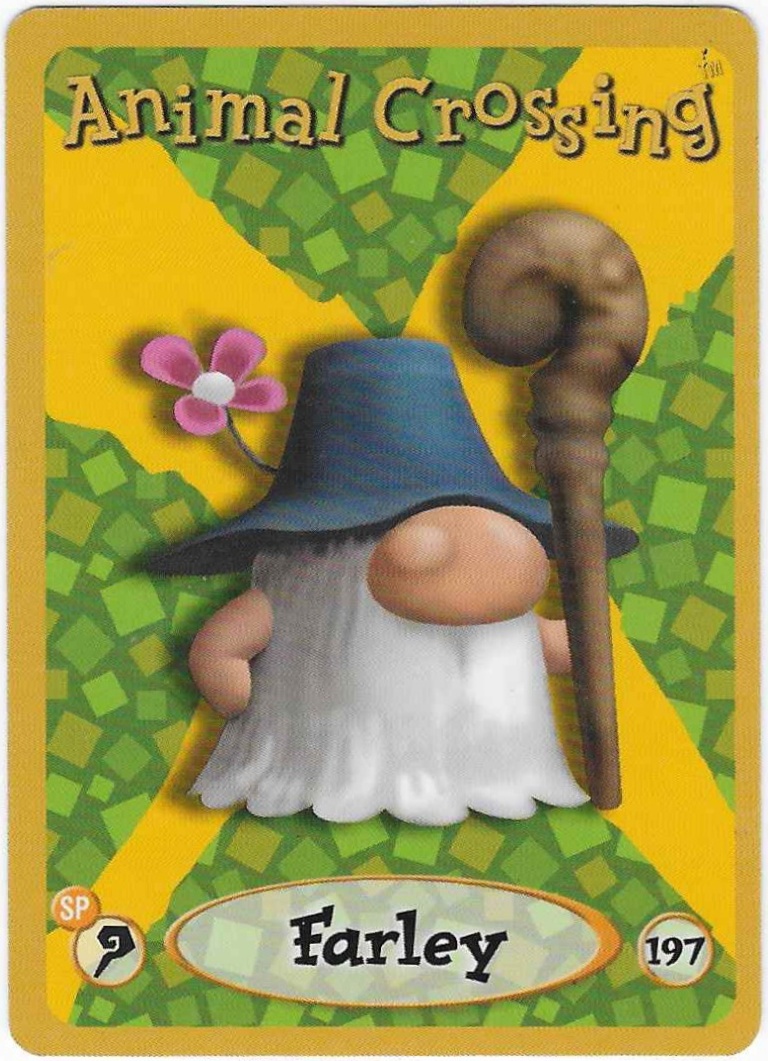 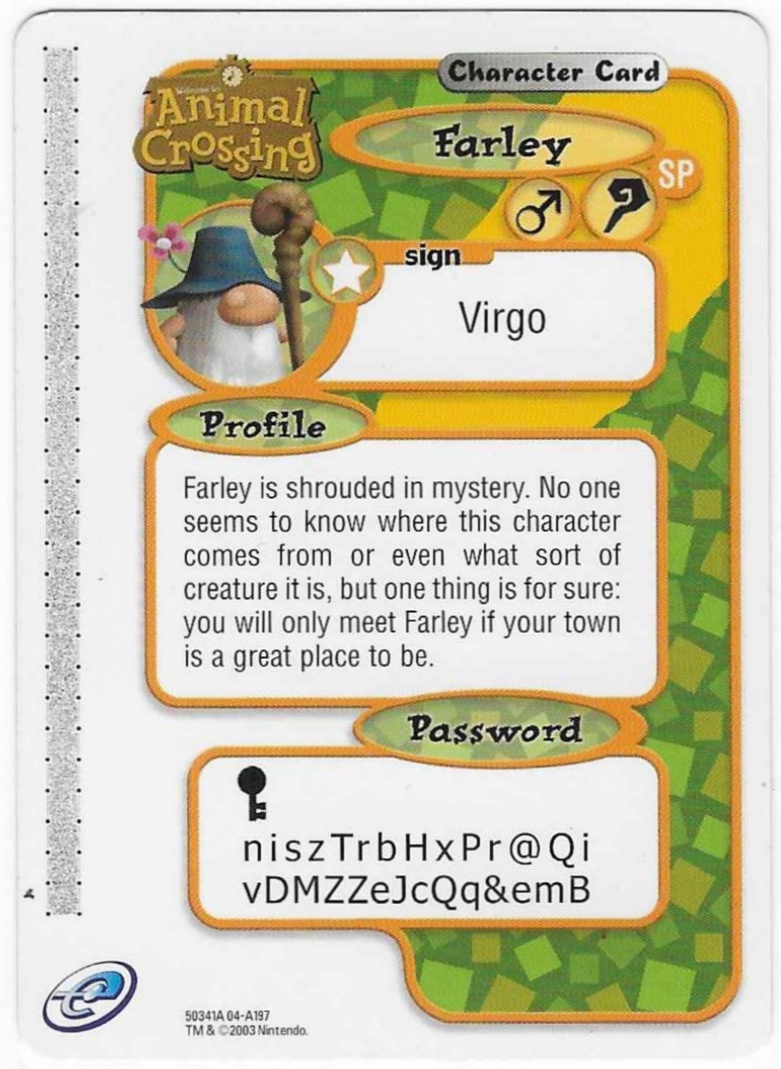