Difference between revisions of "Fuchsia"

Fuchsia is a sisterly deer villager in the Animal Crossing series. She first appeared in Animal Crossing: New Leaf. Her name derives from the color of her fur, a shade of pink referred to as fuchsia.

Fuchsia has a bright pink coat, blonde bangs, and deep blue inner ears. Her half-full eyes and nose are colored blue, while her hooves are of a darker shade of pink compared to her coat. She wears golden earrings, pink lipstick and light purple eye shadow.

Fuchsia is a sisterly villager, meaning she is very caring, tomboyish and proactive. At times, she is quite blunt, not afraid of sharing her own opinion and speaking her mind. She is very concerned about the player, treating them like her little sibling, as she often gives the player advice about numerous things. Fuchsia is very versatile and has many hobbies, causing her to get along with most villagers, such as sporty jocks and laid-back lazy villagers. Snooty and cranky villagers, however, have a hard time conversing with her due to their hobby of gossiping and spreading rumors about others which she dislikes.

Fuchsia's house contains a few items from the Modern Series, including a Modern Bed, Modern Table and Modern Cabinet. She also has a few items usually used for music, such as an instrument and an amp. Fuchsia's house contains many items including a Spotlight, Marshmallow Chair, Makeup Case, Candy Jar and Simple Love Seat. K.K. Rock plays on her stereo, while a plant is placed in front of her Simple Love Seat. 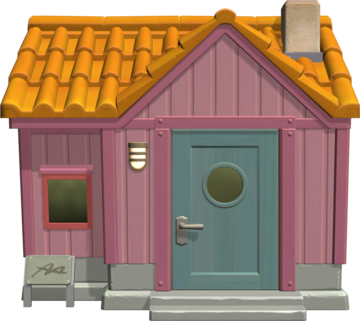 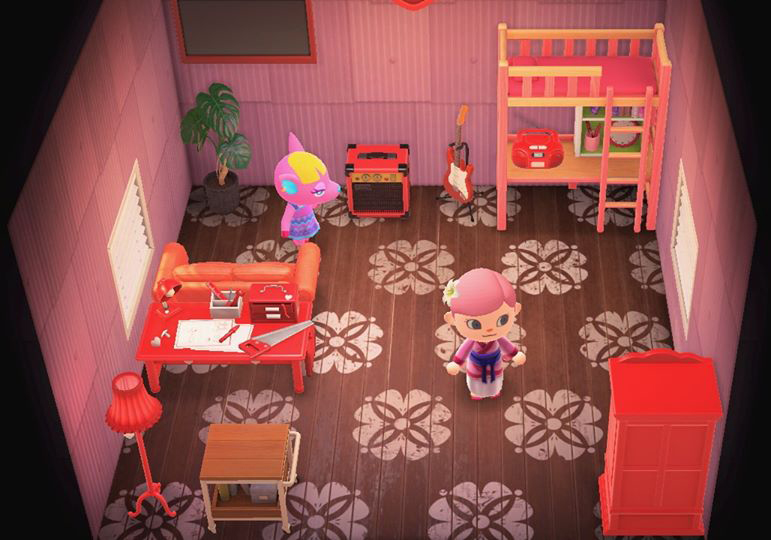