Difference between revisions of "Hamphrey"

Hamphrey is a cranky hamster villager in the Animal Crossing series. His name may be a combination of "Hamster" and the common name "Humphrey". He first appears in Animal Crossing: New Leaf.

Hamphrey is a black hamster with a blue muzzle and paws and pink inside ears. His eyebrows make him look cranky, hence his personality. He has a tooth sticking out of his mouth.

Hamphrey has a cranky personality, that means he will be mature compared to other villagers. He will easily get along with snooty villagers, due to their similar hostile personalities. He has trouble with normal, smug or peppy villagers. Jock villagers will also get along with him. He will admire lazy villagers' relaxed lifestyles. He will, on occasion, annoy a normal villager, when being mean about someone or something. He will sometimes call the player a brat, especially if they annoy him.

Hamphrey's house has items from the Japanese Set, as well as an Exotic Chest, a Holly Bonsai, and a Ponderosa Bonsai. K.K. Rally plays on his retro stereo. 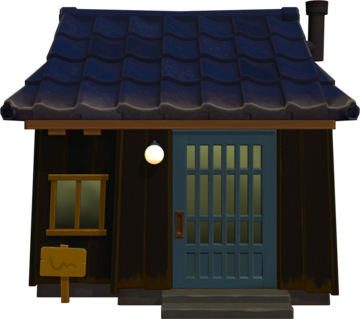