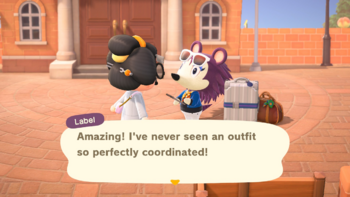 Label reacting to the player after a fashion check in New Horizons. 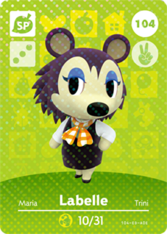 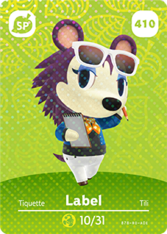