Maddie is a brown, peppy dog villager from the Animal Crossing series. After appearing in Doubutsu no Mori e+, Maddie remained absent until her return in Animal Crossing: Happy Home Designer, followed by an appearance in the Animal Crossing: New Leaf : Welcome amiibo update by scanning her amiibo card and visiting her at the Campground. Maddie's Japanese name, Marron, is the name of a chestnut dessert that is colored brown, referencing the color of her fur. It also sounds similar to a dog's howl. Her catchphrase, "yippee," is derived from "yip," an English onomatopoeia for a dog sound. "Yippee" as a stand-alone word is also an exclamation to convey excitement, referencing the nature of her peppy personality, which are depicted as energetic and overly excited. Her Japanese catchphrase, wantsū, comes from wan-wan, a Japanese onomatopoeia for a dog's bark, and wan tsū, the Japanese pronunciation of the English words, "one two."

Maddie's e-Card bio states that she is obsessed with keeping clean, a trait typically seen in Normal villagers, and further implies that she had a bad case of fleas at one point. Additionally, if her card is scanned, Maddie will state having an obsession with the internet, something that many peppy villagers mention. This is alluded to in her favorite saying, with "IT" meaning "information technology".

Maddie is a girlie-looking brown dog, whose face and legs go from a dark brown to a lighter brown, ending up with a chalky white muzzle, paws, and tail. Her ears are the opposite: they transition from brown to a darker brown. Maddie also has triangular, black eyes with tan eyelashes, curved tan eyebrows, and a large black nose. She also has a large smile. Most notably, Maddie bears a resemblance to the Disney character, Lady. 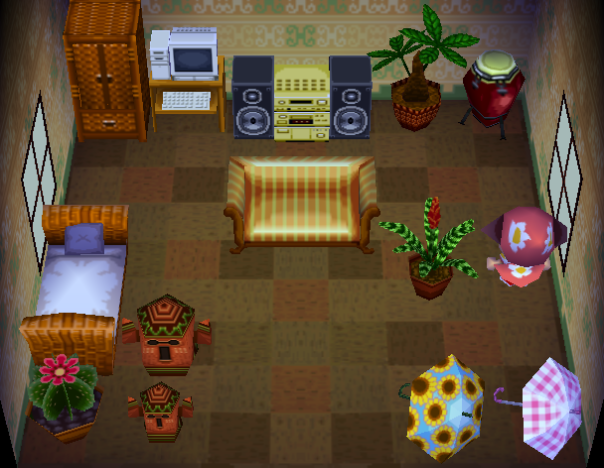 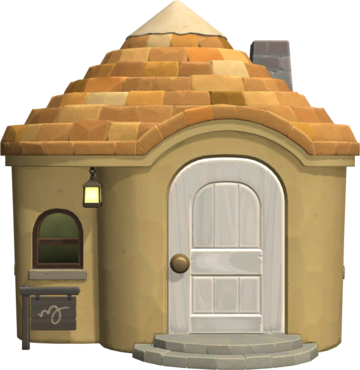