Difference between revisions of "Pinky"

This article is about the peppy bear villager. For the peppy squirrel villager whose Korean name is the same as this villager's English name, see Peanut.

Pinky is a peppy bear villager who has appeared in all Animal Crossing series games to date. As a peppy villager, she will be friendly towards the player, making it easy to befriend her. Her name relates to the color of her fur, which is pink, and her initial phrase, "wah" is another word for "what" which may relate to her character type, due to the fact that peppy villagers like her have a short attention span. The phrase may also relate to how, in Japan, wan is used for the sound that a panda makes. She is one of the villagers to appear on the cover of Animal Crossing, in the lower window on the side.

Sticking with the usual pattern of a panda bear, Pinky has white-colored fur covering her face, but going against the typical fur coloration, she has pink fur on her ears, eyes, shoulders, arms and legs. The pink coloration fits with her given name. Her ears are pale yellow on the inside. Sticking to the common peppy traits, she has cute, beady eyes, and in relation to cuteness, she has a small tuft of hair that matches the color of her white fur, which is outlined in a pale pink.

As a peppy villager, Pinky will have the tendency to overreact in conversations about trivial subjects such as appearing in competitions and the chance of her losing, which sometimes triggers her to ask for a certain item of clothing or furniture, which she needs to enter a competition. She is very rarely discouraged from her hobbies, which include hunting for fossils, fishing, and clothing. She may sometimes cause arguments between herself and another villager, usually another peppy villager or normal villager. She is very kind and if the player talks to her sometimes she will give the player her photo. Pinky will occasionally talk to you about her dreams of being a famous pop star.

In Doubutsu no Mori and Animal Crossing 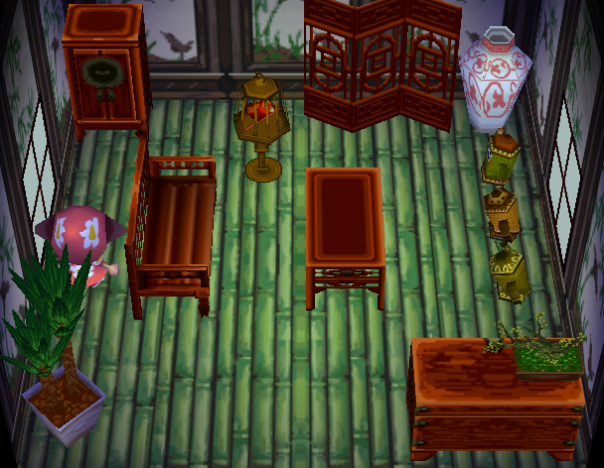 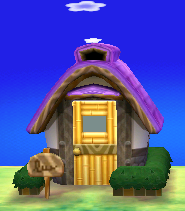 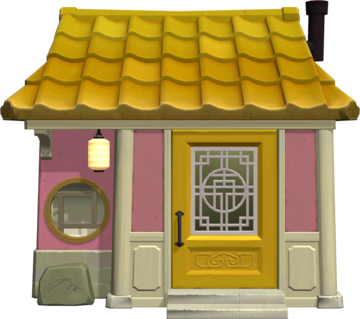