Difference between revisions of "Rolf"

Rolf is a cranky, tiger villager who appears in the Animal Crossing series. His name is derived from "grrolf," an onomatopoeia for a tiger's growl. This word is also his initial catchphrase.

Rolf's design is based on the White tiger, an albino subspecies of tiger native to cold regions. He is a white tiger with dark gray stripes, whiskers, and pink eye bags around his glaring eyes, which appear as though he has insomnia. These eyes appear to be more squinted in Animal Crossing due to technical limitations. The inside of his ears are blue, and he initially wears the Bubble Shirt.

Rolf is a cranky villager, and will at first seem rude and belittling to other villagers, as well as the player. As time goes on, however, Rolf will warm up to the player, considering them his "only friend". Also, he will get along with his personalty's female counterpart, the uchi villagers, due to their similar personalities, though he may still conflict with them if they have differing opinions. He may find it difficult to get along with other personalities, especially jock and Peppy villagers, the latter of whom he complains about in conversation. 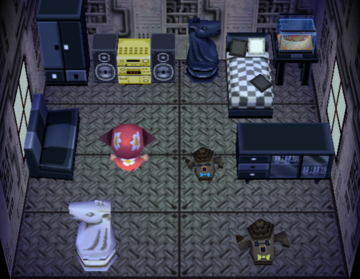 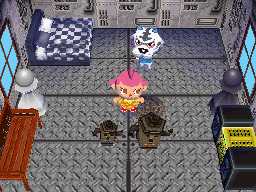