Rosie is a peppy cat villager in the Animal Crossing series who appears in all games to date as well as in 🎬 Gekijōban Doubutsu no Mori, where she is a major character and is one of Ai's best friends.

In New Horizons, Rosie has the music hobby and may sing anywhere without the need of a stereo.

Artwork of Rosie from Animal Crossing.

Rosie is a blue cat with dark blue hair and fur. She has big black cartoon-esque eyes that appear to be looking off to the right, which become pointed in opposite directions when angry or sad. Rosie has some light pink blush on her cheeks as well (hence her name), and also has white tips on her paws, tail, feet, and ears. The insides of her ears transition from pink to light pink. She appears to have no nose, but she does have a curly smile.

Rosie is a peppy villager, appearing energetic and unusually excited when seeing the player and most other villagers. Like all peppy villagers, she also appears childish and immature, saying stereotypical "valley girl" phrases such as "totally", "sooo" and "like", as in "This is, like, cool!" However, Rosie is also excessively kind, usually asking the player for items she wants. Though Rosie enjoys the usual hobbies, she may tell the player that she is looking for a particular item, such as a bug, that may look nice in her home. She gets along well with other villagers, particularly the lazy, normal, big sister, smug and other peppy villagers, but she has the tendency to annoy and upset cranky and snooty villagers, who are known to appear older and more mature than other villagers. Due to the honest nature of peppy villagers, Rosie may mention how "old" or "boring" they are, in contrast to her energetic, upbeat personality. Rosie, like other peppy villagers, easily gets upset in conversation when it is not going her way, but will forget ever having the conversation due to her short attention span.

To the president of the Rosie Fan Club! 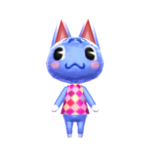 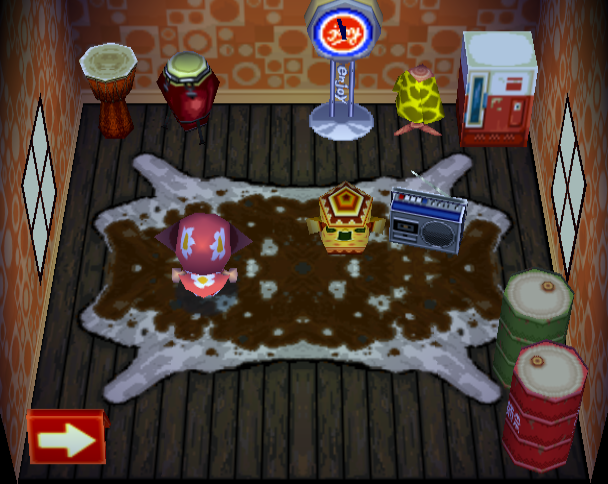 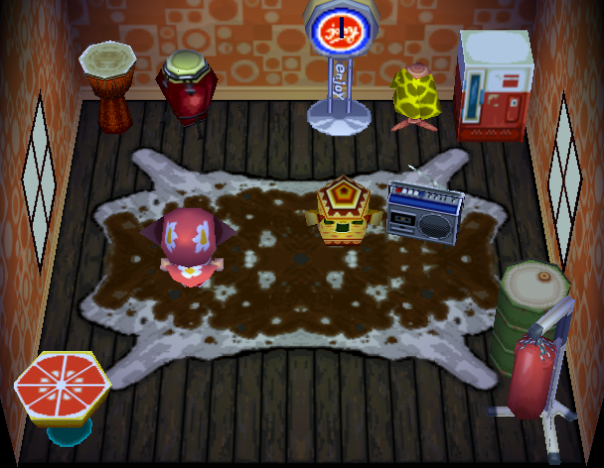 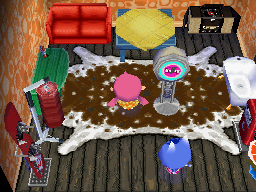 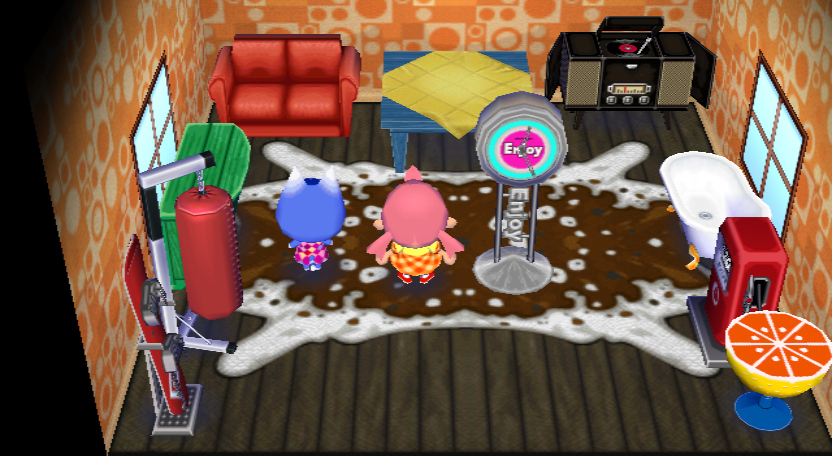 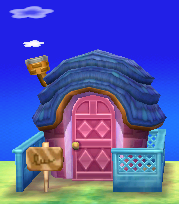 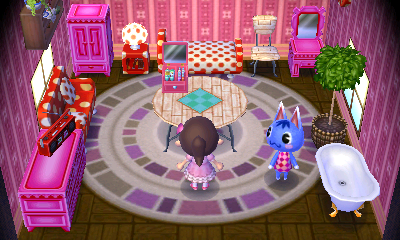 In Animal Crossing: New Horizons, if Rosie is one of the villagers who moved in during the main storyline after the villager house development quest, her house will have a combination of non-craftable furniture, plus items crafted by players during the island development storyline, primarily from the Wooden Block Series. She cannot have her initial house interior unless she moves out of the player's island or the Happy Home Paradise DLC is purchased, in which either the player or Isabelle can reset the interior. 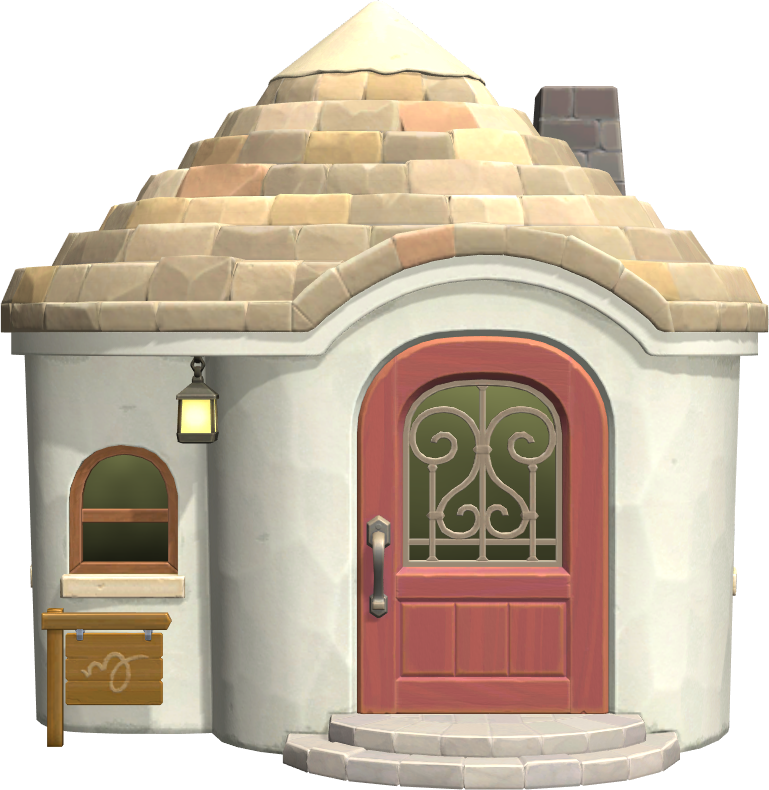 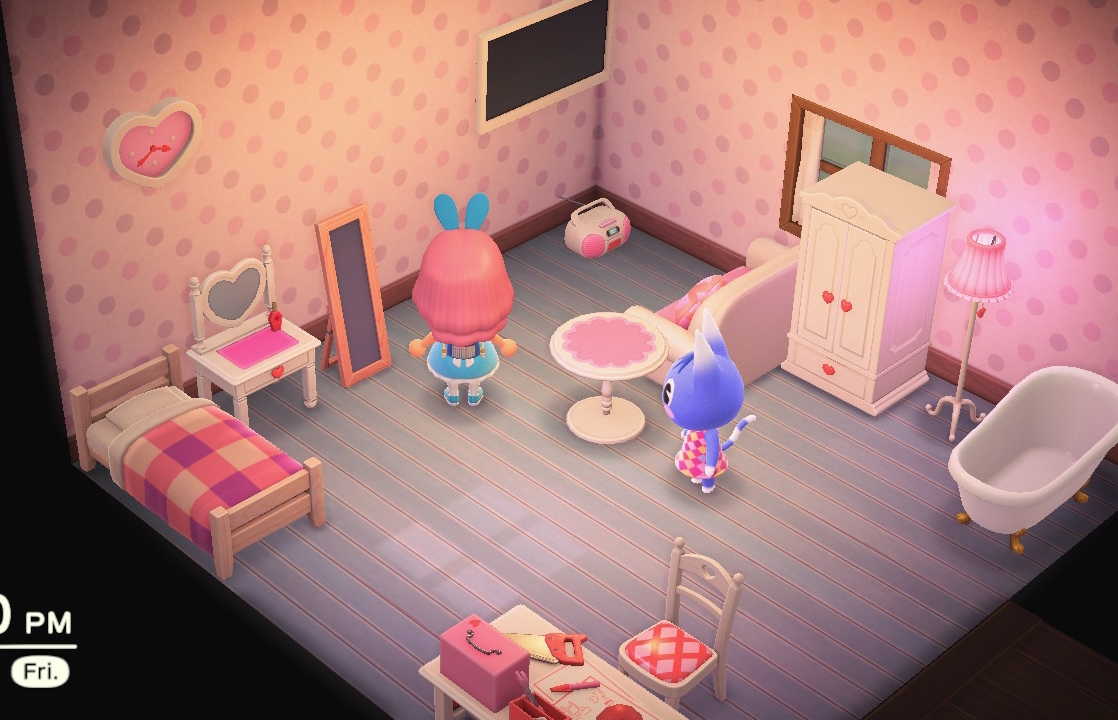 Artwork of Rosie from Gekijōban Doubutsu no Mori

Rosie appears as a major character in 🎬 Gekijōban Doubutsu no Mori.

Ai first meets Rosie on her deliveries. When delivering her maid outfit, Rosie dances in joy, much to Ai's surprise. Once acknowledging her new neighbor, Rosie asks of her arrival, with TV drama-esque questions. Some time after their first encounter, Rosie and Ai, as well as Margie, have been best friends. Later at the beach, Rosie whispers a rumor to Ai, that Apollo and Whitney used to love each other. Soon after informing Ai, Margie chides her on how spreading rumors is immoral, which annoys Rosie deeply. Later, while watching Yū and Alfonso celebrate finding an ammonite fossil, Rosie wonders to herself why they are celebrating, stating she's seen more in the "special place" (a beach cave), and soon is swarmed by an ecstatic Yu. Unable to tolerate him, she agrees to help him find them. This sets off a mini adventure, leading them into the depths of a waterfall cave. After quite a fall, they wake up from possible unconsciousness to reveal a mound of fossils. After Yu's careless fossil hunting, the cave collapses and Rosie and friends make it out by a hair. Later, sometime in fall, Rosie questions why Ai did not show up to Margie's farewell party, of which an unknowing Ai replies, asking "Did she go somewhere?" Shocked, Rosie reveals to her the truth, to which a depressed Ai runs away. Later that day, Rosie, concerned for her friend, checks on Ai, who shows her Margie's letter. After Ai and Rosie's talk, a valley of shooting stars appear at the coast, amazing both of them. Later, sometime in winter, Rosie helps Ai decorate her house, hoping to be "this year's winner" for the Bright Nights. Once the UFO lands, Rosie helps her comrades find the missing piece. Yu, sure of himself, dashes to the beach cave, knowing the piece is, of course, there. Like all of the other villagers, Rosie appeared at the fireworks festival donning a red kimono. There is a running gag in the movie about Rosie not knowing what "cherry pie" means, often questioning her friends but receiving no answer.

"Hey, everyone! Let me know if you need anything. Helping is my middle name!"
— A Note from Rosie, Animal Crossing: Pocket Camp

Rosie is one of the 40 villagers in Animal Crossing: Pocket Camp who have been in the game since its release. She can be the first campsite visitor, if the player likes the Cute theme.

Rosie appears as a sticker in Super Smash Bros. Brawl. She is the only villager to appear in the game. 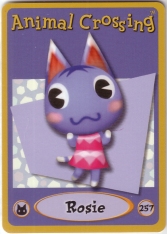 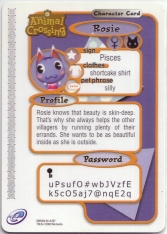 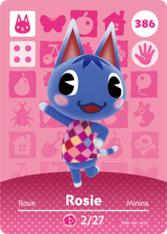