Sprinkle is a peppy penguin villager in the Animal Crossing series. She first appeared in Animal Crossing: New Leaf and has appeared in all subsequent games. She is the only peppy penguin in the series. Her Japanese name is based on the frozen dessert made with shaved ice, known as the frappé. Her English name is based on pieces of confectionery which are used to decorate cold desserts such as ice cream.

In New Horizons, Sprinkle has the play hobby and can run around with her arms extended at any time, rather than only outside Resident Services during a scripted activity with a group of villagers.

Artwork of Sprinkle from New Leaf.

Sprinkle is a penguin with a cream body and face, as well as an aquamarine tuft of hair, which resembles an ice cream swirl. She has small black eyes with one eyelash for each eye. She has small yellow tints on her cheeks and yellow feet.

As a peppy villager, she will enjoy being the center of attention. She will be easy to befriend and will act like a supportive younger sister. She will be very lighthearted and will almost never get mad. She will enjoy the usual hobbies, often asking the player to join her competitions, usually to catch a bug or fish. Players must compliment her and provide what she requests for to easily befriend her. She will be easily discouraged, as she takes note of what other villagers think of her. She will go to sleep at 1:00 AM and wake up at 9:00 AM 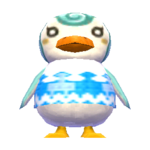 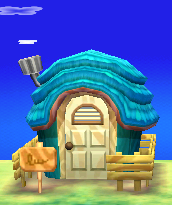 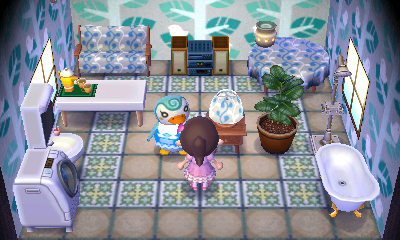 In Animal Crossing: New Horizons, if Sprinkle is one of the villagers who moved in during the main storyline after the villager house development quest, her house will have a combination of non-craftable furniture, plus items crafted by players during the island development storyline, primarily from the Wooden Block Series. She cannot have her initial house interior unless she moves out of the player's island or the Happy Home Paradise DLC is purchased, in which either the player or Isabelle can reset the interior. 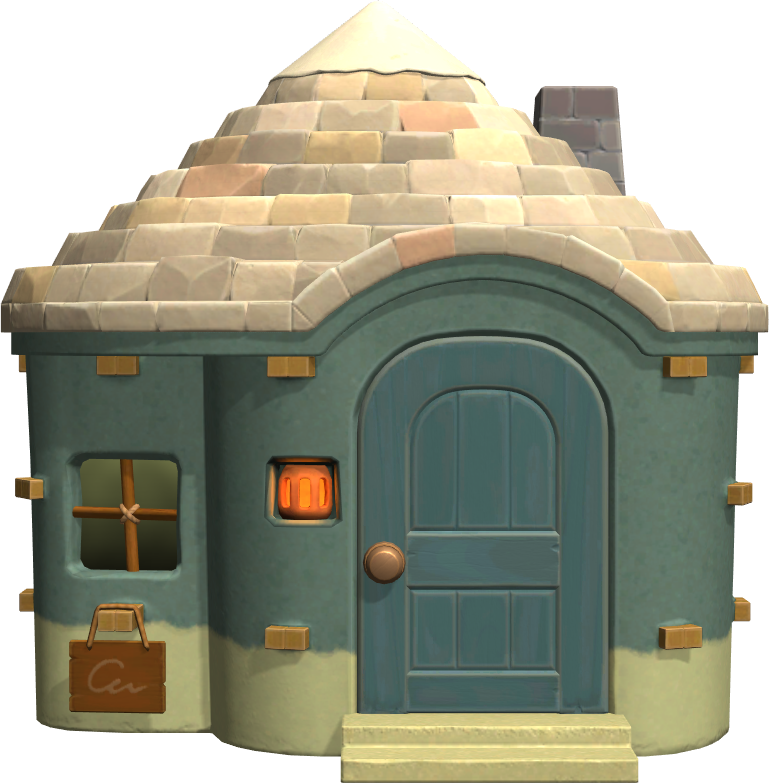 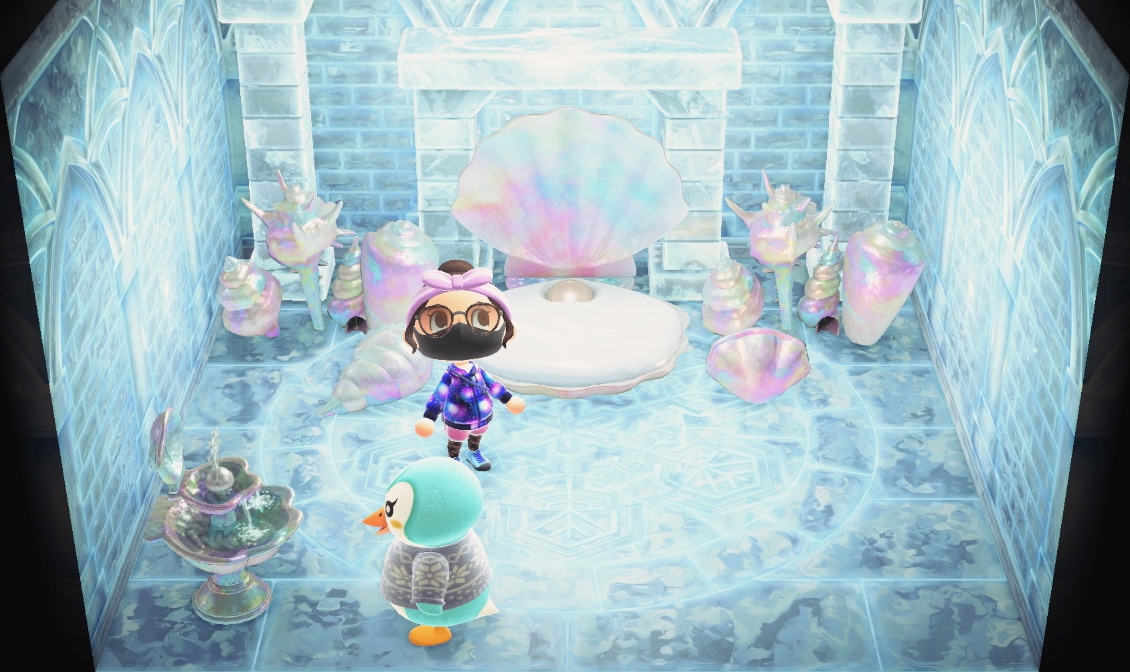 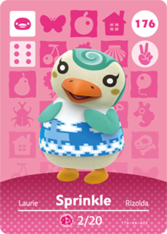