Vladimir is a pink bear with bubblegum pink-tipped paws and muzzle. He also has a scruff of blond hair. His eyebrows are thick and meet in a unibrow. He has buckteeth as well. In Doubutsu no Mori, Vladimir has smaller pupils and a larger nose and mouth. He also notably lacks a muzzle.

In Animal Crossing: City Folk and Animal Crossing: New Leaf, he has various items from the Construction Theme, like the Handcart, Jackhammer, Iron Frame, Detour Arrow, Orange Cone and Steamroller. He also collects furniture from the Robo Series, such as the Robo-Bed. His Tape Deck plays "Agent K.K." He has the Chainlink Fence as his wall, and the Sandlot as his flooring, which only can be obtained from Saharah. 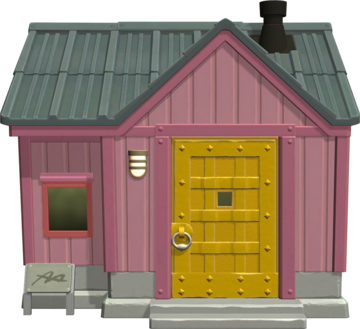