From Nookipedia, the Animal Crossing wiki
(Redirected from Apple (villager))
Jump to navigation Jump to search

This article is about the villager. For the fruit, see Fruit.

Apple is a peppy hamster villager in the Animal Crossing series. She first appears in Animal Crossing: New Leaf. Her name refers to her red and pink fur, which resembles an apple.

In New Horizons, Apple has the play hobby and can run around with her arms extended at any time, rather than only outside Resident Services during a scripted activity with a group of villagers.

Artwork of Apple from New Leaf.

Apple is a pink hamster with big oval eyes and red cheeks and ears. A streak of red runs from the top of her head to her forehead. The insides of her round ears are green and her underarms are white. In addition, she has a white patch on her abdomen, mostly obscured by her clothes.

Apple is a peppy villager, so she will enjoy cheering others (players and villagers). She will find it easy to get along with other villagers, but she may become the center of jokes and gossip created by snooty and cranky villagers, and when either of the two is rude, peppy villagers will be rude back to them. She will get along with normal, lazy, and jock villagers, who naturally avoid making rude comments and share similar lifestyles with them. She will share interests with the other personality types: food with lazy villagers, activities with jock villagers, and typical, "girly" discussions with normal villagers. She will not hesitate to talk to snooty and cranky villagers, but she may annoy them with their conflicting habits, such as jumpiness, which conflicts with their refined stature. 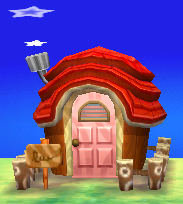 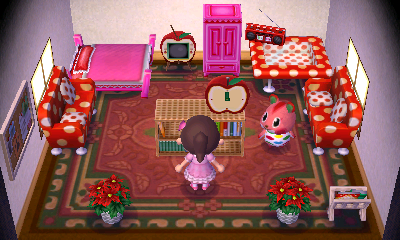 In New Horizons, if Apple is one of the villagers who moved in during the main storyline after the villager house development quest, her house will have a combination of non-craftable furniture, plus items crafted by players during the island development storyline, primarily from the Wooden Block Series. 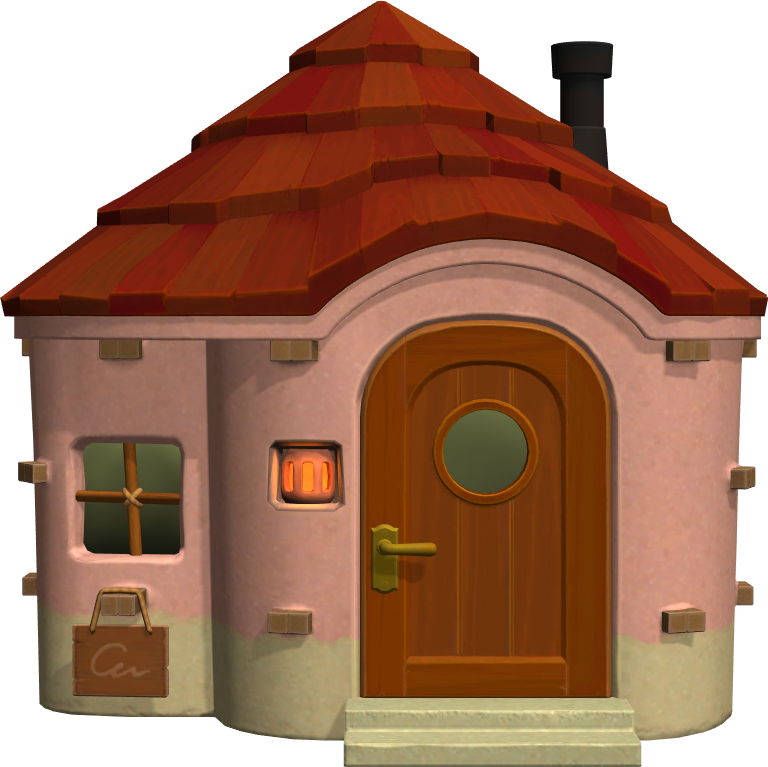 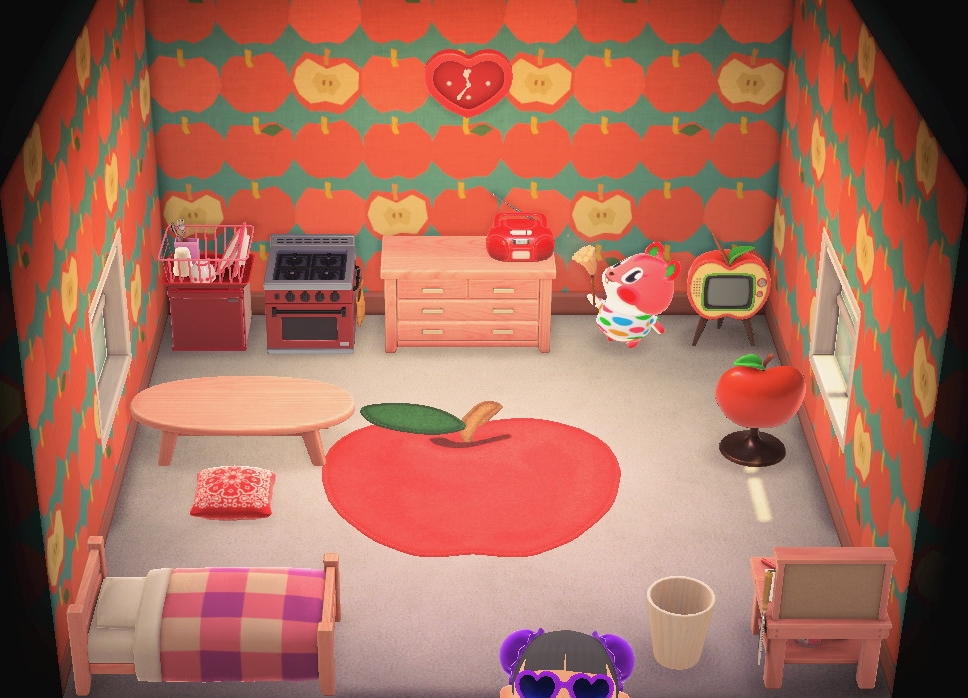 Apple is one of the 40 villagers in Animal Crossing: Pocket Camp who have been in the game since its release.

Kind and considerate doesn't even begin to describe Apple. She loves to share so much, in fact, she's never eaten more than half a sandwich at a time.
Preferred theme: