Aziz is a jock lion villager in the Animal Crossing series. He appears in every first-generation Animal Crossing game. His name in Arabic means "strong," "powerful," or "respected," which may relate to his species. His catchphrase, "RAWR," also relates to his species. Genji, another jock villager, often runs races with Aziz, according to the former's e-Reader card profile.

Aziz in Doubutsu no Mori.

Aziz is a yellow lion with a deep blue mane. He has tan fur, while some parts of his skin are a light yellow color. The inside of his ears are lilac purple. The tip of his tail and the tips of his paws are brown, as well as his nose and eyebrows. In Doubutsu no Mori, Doubutsu no Mori+, and Doubutsu no Mori e+, Aziz has a purple bindi on his forehead, but similar to Elina this was removed in Animal Crossing.

Aziz is a jock villager, which means he is always bragging about how "buff" he is. In other words, he will talk about exercising. Due to conflicting lifestyles, Aziz won't get along with lazy villagers, or also question snooty villagers about their physical appearance, angering the snooty villager. Aziz will also offend or annoy cranky villagers. 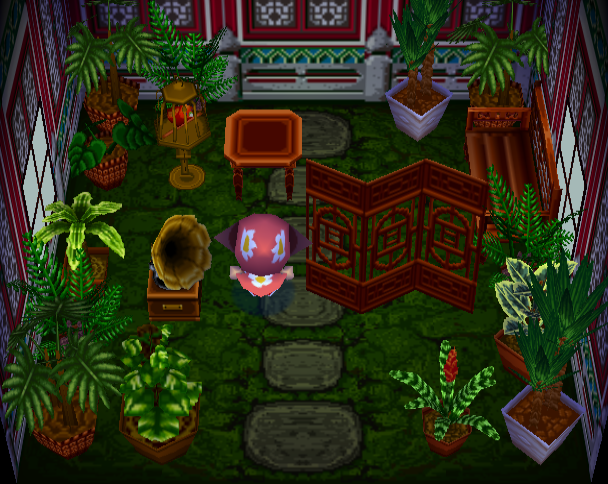 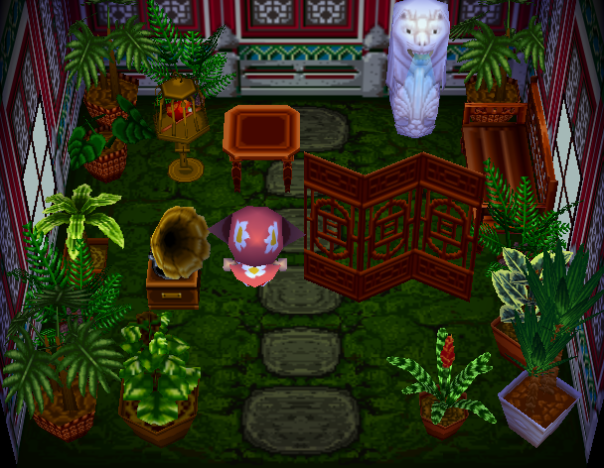 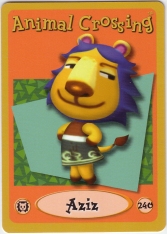 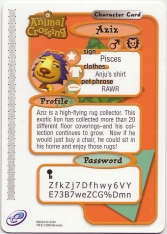