The Lovely Painting is a painting in Doubutsu no Mori+ and Animal Crossing: Wild World. This piece is based on Pierre-Auguste Renoir's Portrait of Irène Cahen d'Anvers. 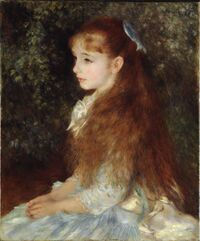