Rasher is a cranky pig villager in the Animal Crossing series who appears in all games to date. His name may come from bacon, a thin slice of which is also known as a rasher in the United Kingdom. His catchphrase, "swine," is another word for "pig," relating to his species.

In New Horizons, Rasher has the music hobby and may sing anywhere without the need of a stereo.

Artwork of Rasher from Animal Crossing.

Rasher is a dark red pig with a light pink snout. He has a scar across his right eye and another along the back of his head. He also has stitches across his left eye. The insides of his ears are purple, along with his tail tip and hooves. He constantly has a broad, toothy grin while he speaks, which changes to a grimace when he is angry.

As a cranky villager, he will tend to act tough towards other villagers, including the player, by showing superior knowledge. This, however, will get Rasher into arguments, normally leaving the other villager in the conversation either upset or angry, though he appears to show no remorse. He likes to collect fossils and fishing, and may ask the player to find him some. He is unpopular with peppy villagers.

Stop looking at me with those hungry eyes! I'm not a pork chop! 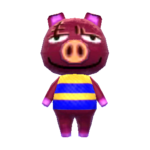 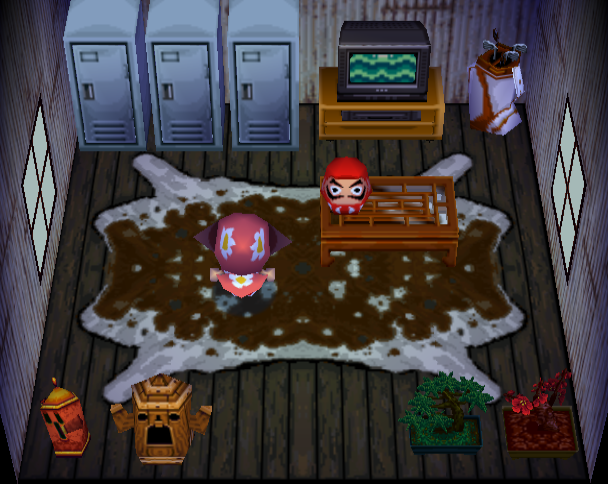 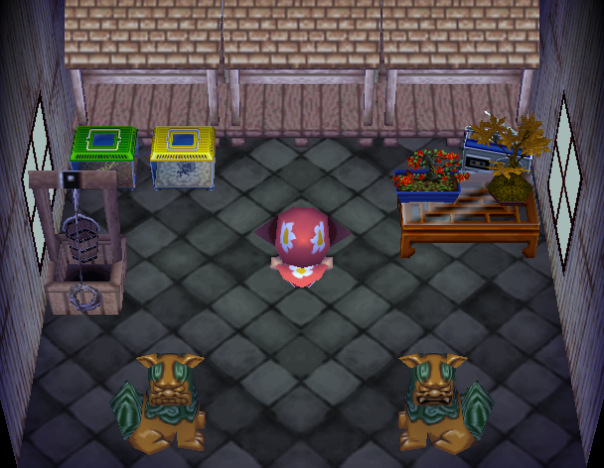 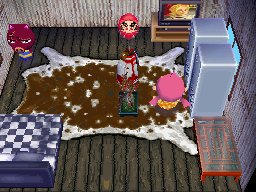 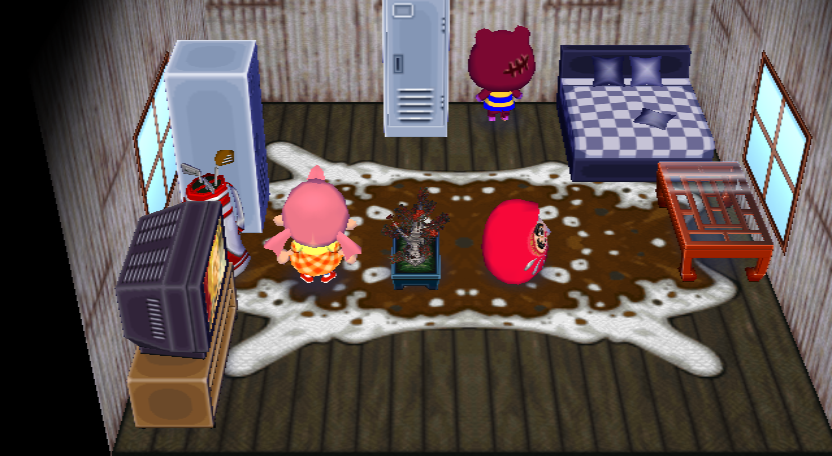 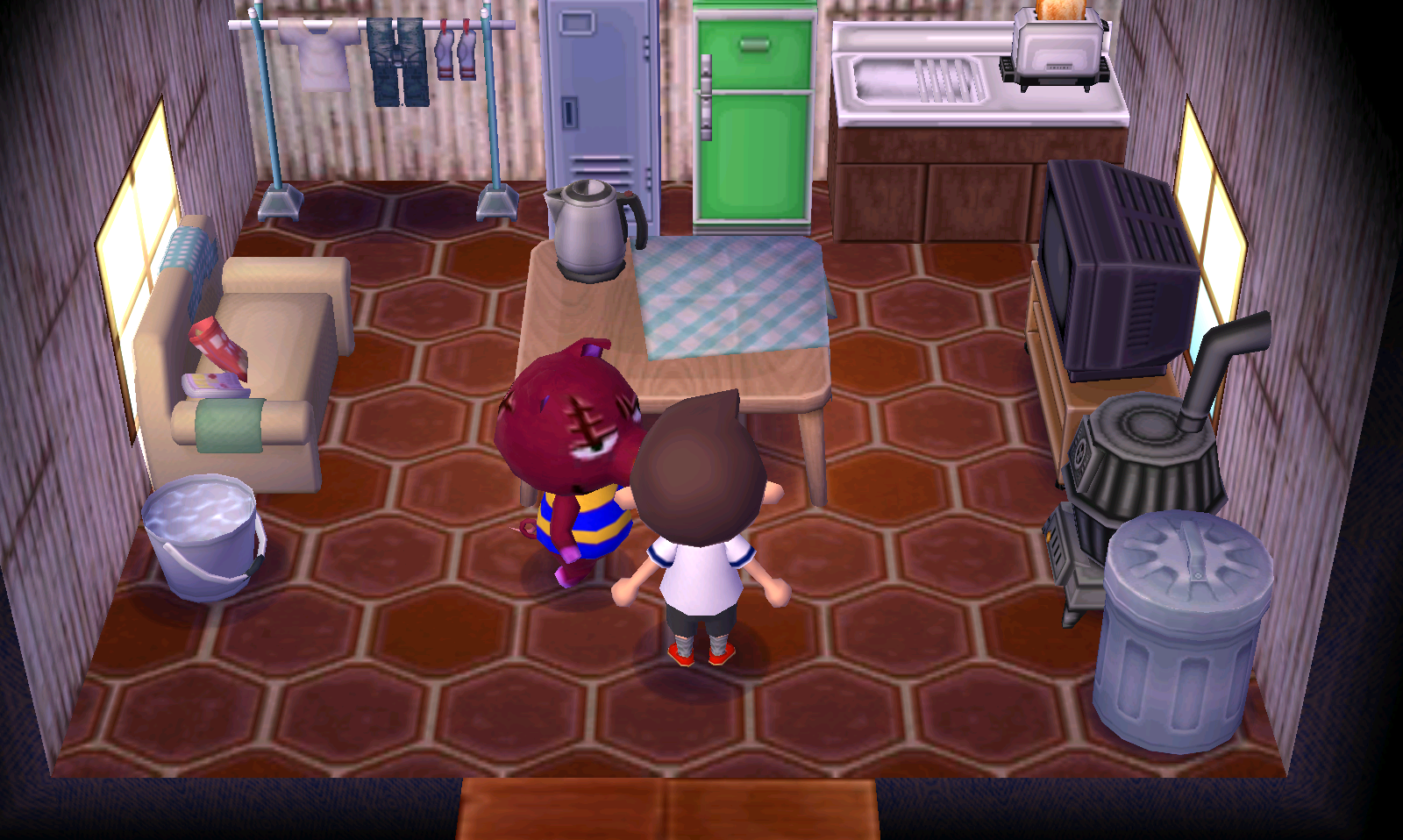 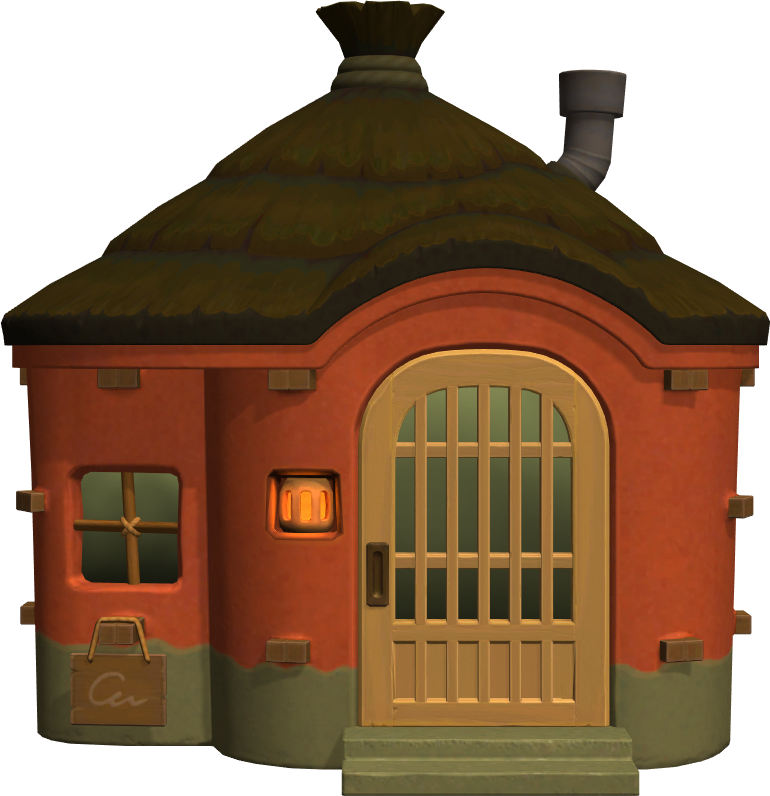 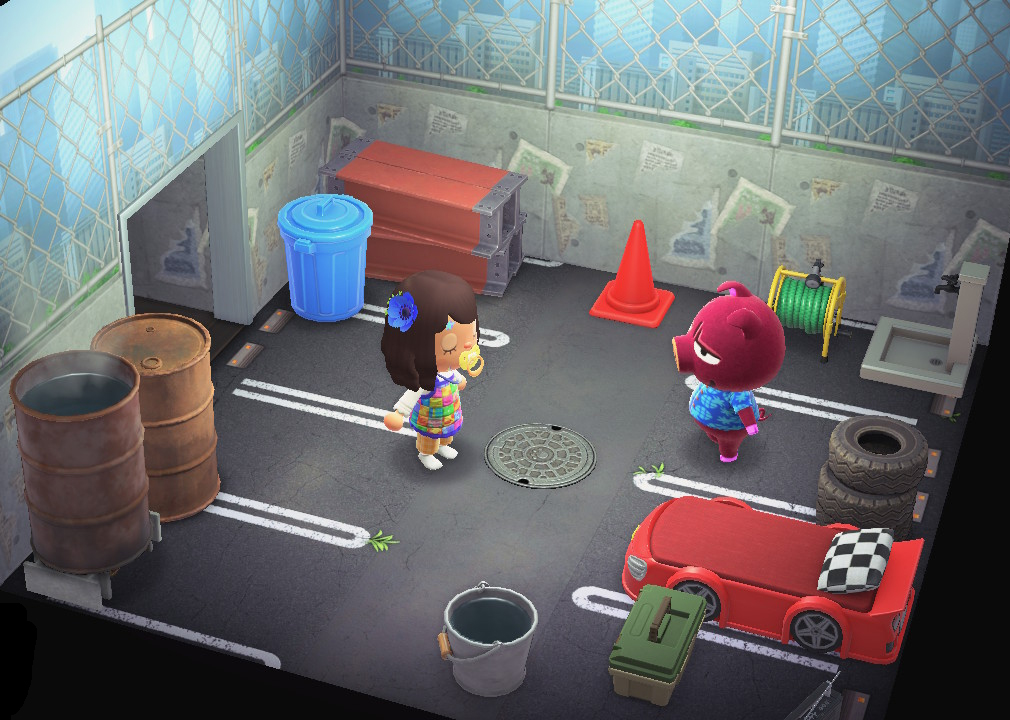 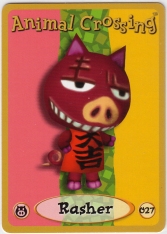 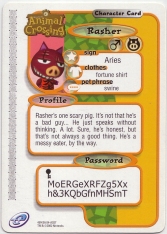 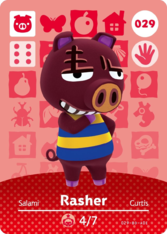