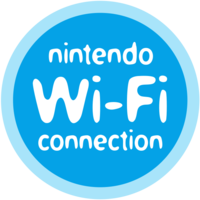 The system allows a maximum of four players to be in a town at any one time. Players can either visit other people's towns, or invite guests to come to their town. Before a player can visit other towns or have visitors in their town, it is necessary to exchange Friend Codes with the other players they wants to play online with. A town cannot be visited unless both players have entered each other's Friend Codes. It is also possible to register other players while in a friend's town, without needing Friend Codes.

To activate the Wi-Fi Connection, a player must enter the checkpoint and talk to Copper. The first time this happens, a player will be given their own Friend Code to share with other people. Once some friends have been registered, Copper will give the option of either going to a friend's town, or opening the gate and allowing friends to visit. When a player visits a town, gameplay will stop briefly and all other player's screens will show the character entering the town. The same thing also happens if a player leaves a town. Players cannot enter or leave if one player is having a conversation with an animal or other non-player character. While in the same town, players can chat with each other by entering text, or using Wii Speak (City Folk only).

The game is automatically saved when the gate opens or when a player enters or leaves. The town owner can also choose to save at any time, or can select 'Party Over' to make all visitors return home. If one player resets their system, or disconnects from Wi-Fi for any reason, all other players will be presented with a blue screen saying the connection has been lost, and the game will then reset. Mr. Resetti does not normally appear if the player disconnects from Wi-Fi.

The Nintendo Wi-Fi Connection service was discontinued on May 20, 2014,[1] which means that Animal Crossing: Wild World and Animal Crossing: City Folk can no longer be officially played online, as well as other Nintendo DS and Wii games.[2] However, third-party alternatives such as Kaeru WFC and Wiimmfi were created to keep the service running.