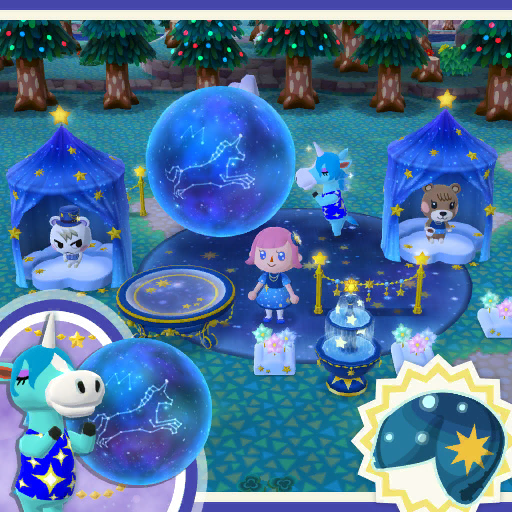 The Stardust Set is a furniture and clothing set that made its first appearance in Animal Crossing: Pocket Camp, where it could be obtained for a limited time by purchasing Julian's Stardust Cookie from Timmy and Tommy from August 1st, 2018 to September 30th, 2018. Most of the items in this set are night themed with stars.

After the player received the Giant Planetarium, a new memory titled Julian's Constellation Creations will be unlocked. This memory starring Julian, Charlise and Rex.