This article is about the horse villager. For the ostrich villager with a similar name, see Julia.
For the villager whose German name is Julian, see Punchy.

In New Horizons, Julian has the music hobby and may sing anywhere without the need of a stereo.

Artwork of Julian from New Leaf.

Julian is a light blue horse with a darker blue mane. His eyes are always closed, and his eyelids are a shade of lilac accompanied by dark eyelashes. When he's shocked, however, his eyes open, with the insides of them completely white. He has black hooves and a creamy white muzzle. One of his unique features include a short, stubby horn atop his head, which implies he is a unicorn.

Julian is a villager that falls under the smug personality. He will not find it hard to converse with other villagers, as he is very polite and lively. He also may be seen flirting with the player, regardless of their gender. He may sometimes appear conceited when talking to himself.

In Animal Crossing: New Leaf, Julian cannot be one of the starting villagers in the player's town. 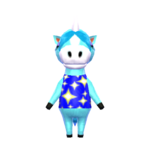 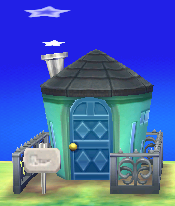 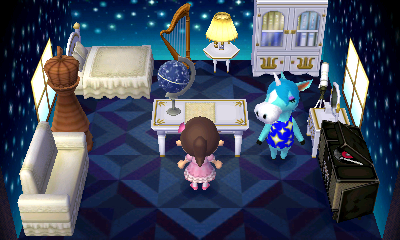 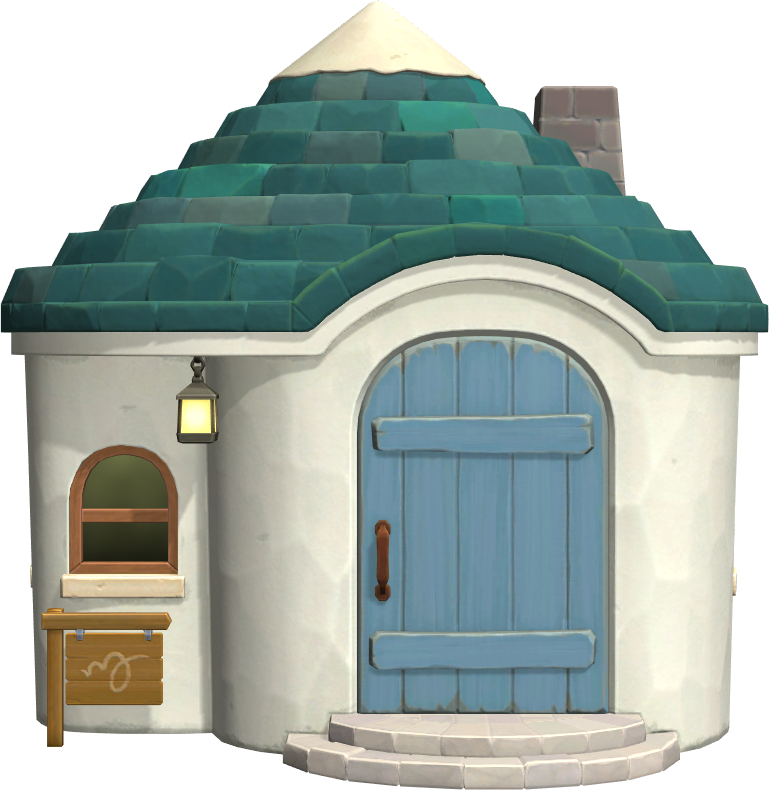 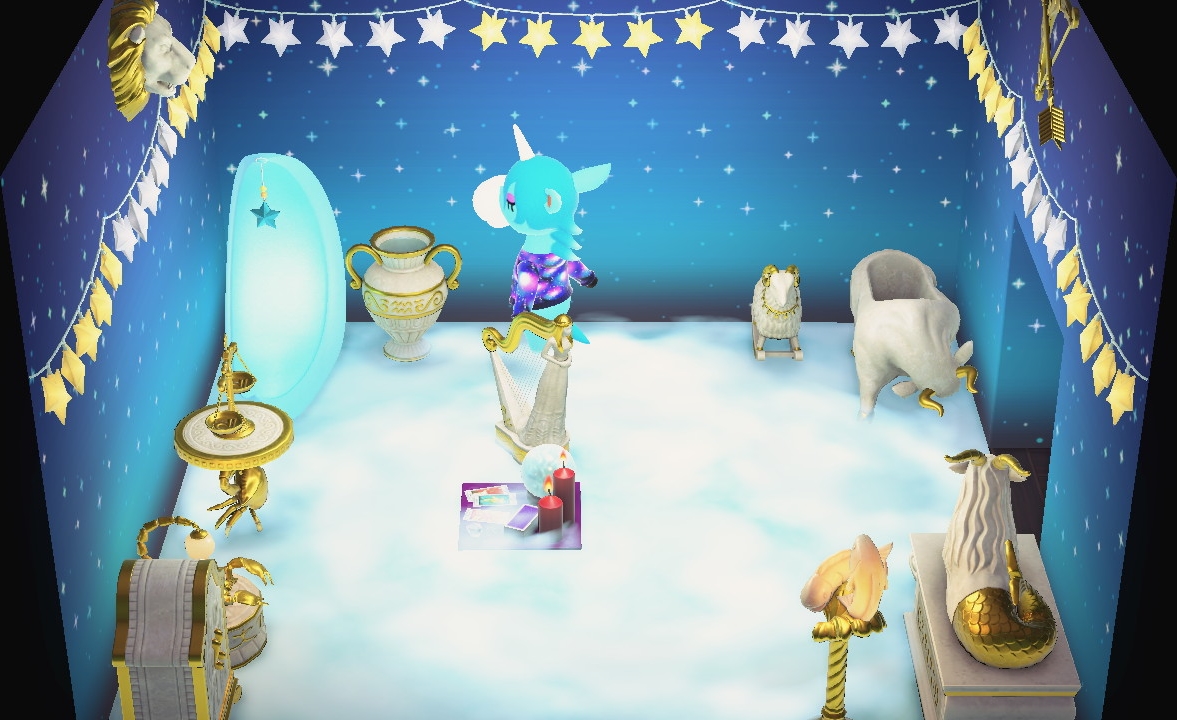 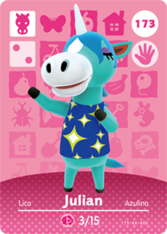