Roswell has an overall theme that is related to aliens. His English name references conspiracy theories surrounding the Roswell incident that a flying saucer landed in Roswell, New Mexico in 1947, while his Japanese name is based on the onomatopoeia for the sounds of a UFO. His design is based off of crop circles, patterns in fields often rumored to be related to aliens. His e-Reader card profile and Pocket Camp description also convey that he has a fascination with UFOs. His catchphrase and the items he requests for his Doubutsu no Mori e+ home are space-themed, which relates to his name.

In New Horizons, Roswell has the nature hobby and may be found reading a book pertaining to an item he is studying, which can be either flowers, bugs, fish, or fossils.

Roswell in Doubutsu no Mori e+.

Roswell is a chocolate brown alligator with tan outlines of circles and filled in circles around his body. His eyes are closed with white eyelids that look like slits. When surprised, however, his eyes are opened, revealing orange, robotic eyes. Instead of blinking, his eyes appear to rotate, like screws, and also display an "X" shape when yawning. Two white fangs stick out from his mouth, like all the other alligators.

As a lazy islander, Roswell acts less like any mainland lazy villager, preferring to have time alone to himself. This is akin to mainland cranky villagers, whom share the same grumpy personality as lazy islanders.

Roswell is a villager that falls under the smug personality. He will not find it hard to converse with other villagers, as he is very polite and lively. He also may be seen flirting with the player, regardless of their gender. He may sometimes appear conceited when talking to himself.

In Doubutsu no Mori e+, Roswell can only move to Animal Island if his e-Reader card is scanned.

Roswell was added to Animal Crossing: New Horizons in the 2.0 Free Update on November 4, 2021.

Keep your eyes on the skies.

As an islander, Roswell's house in Doubutsu no Mori e+ will begin with only one furniture item, along with the exotic wall and bamboo flooring. He will request specific items for the player to give to him, which he will place in his house. After he places two items in his house, he will upgrade his wallpaper, and after he places five items, he will upgrade his flooring. Boomer requests for the same items as Roswell, although his house has different wallpaper and flooring. 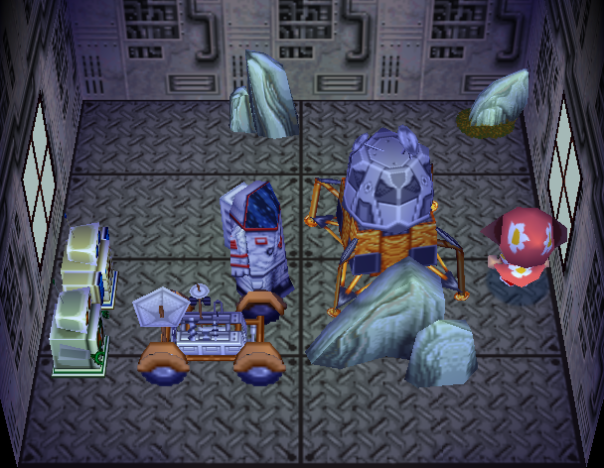 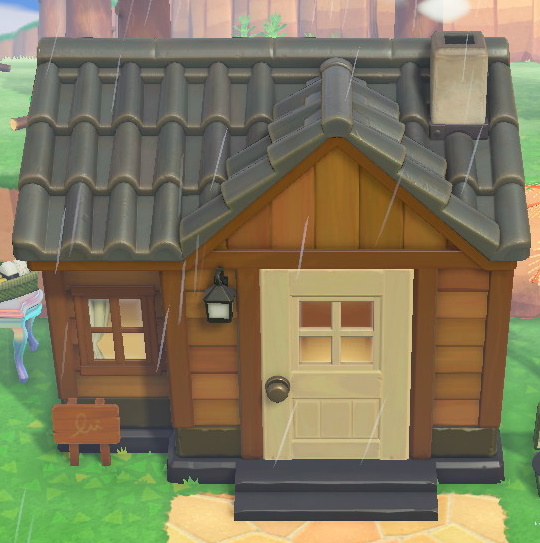 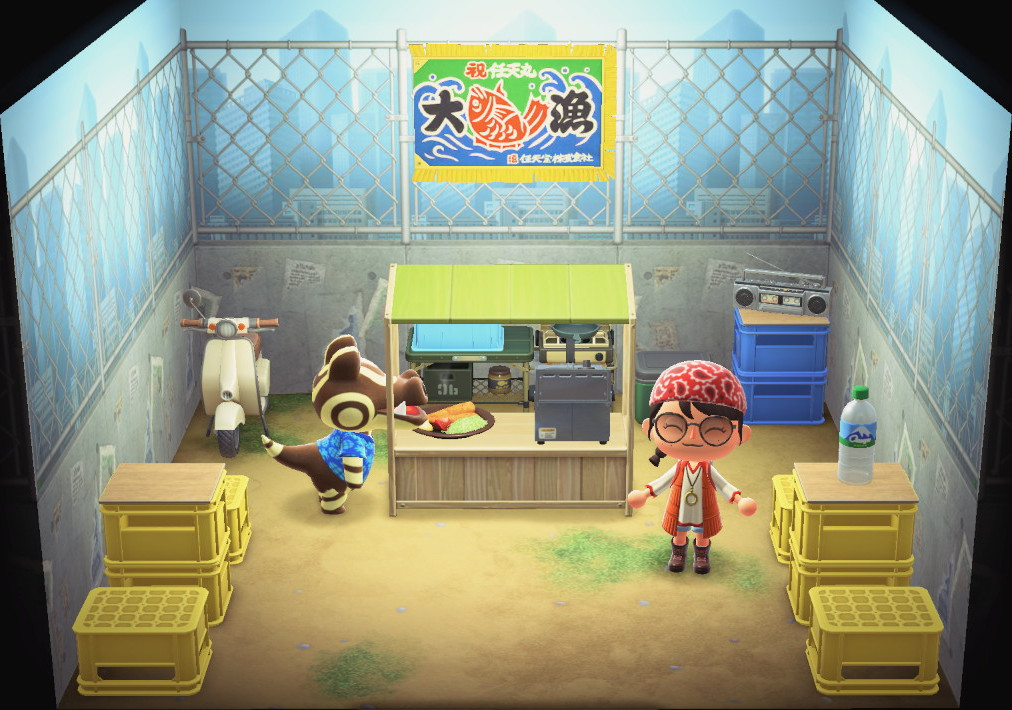 Keep your eyes on the skies. 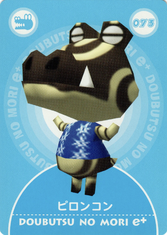 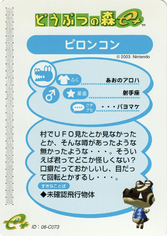 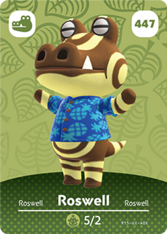