Weldon (ウェルダン, Werudan?) is a cranky bull islander in Doubutsu no Mori e+. He can only move to Animal Island if his e-Reader card is scanned. His name is a pun on "well-done," a way of cooking steak. His catchphrase, mūcho (mucho), means "much" or "many" in Spanish, and is also a pun on "moo," the sound a cow makes. It is identical to Olaf's Japanese catchphrase.

Weldon is a gray bull with red hair. He has a tan snout and yellow ringed horns.

As a cranky islander, Weldon has a suave, romantic nature prone to smooth-talking flirtation and nostalgically reminiscing about the past. In conversation, Weldon will often bring up the romance of the island's scenery while charming the player. His debonair and sweet but somewhat vain personality will often result in showing off his talents and experience in attempts to sing to or dance with the player. He asks the player for stylish furniture he can coordinate with in his island house to impress female visitors.

As an islander, Weldon's house in Doubutsu no Mori e+ will begin with only one furniture item, along with the exotic wall and bamboo flooring. He will request specific items for the player to give to him, which he will place in his house. After he places two items in his house, he will upgrade his wallpaper, and after he places five items, he will upgrade his flooring. Rowan requests for the same items as Weldon, although his house has different wallpaper and flooring. 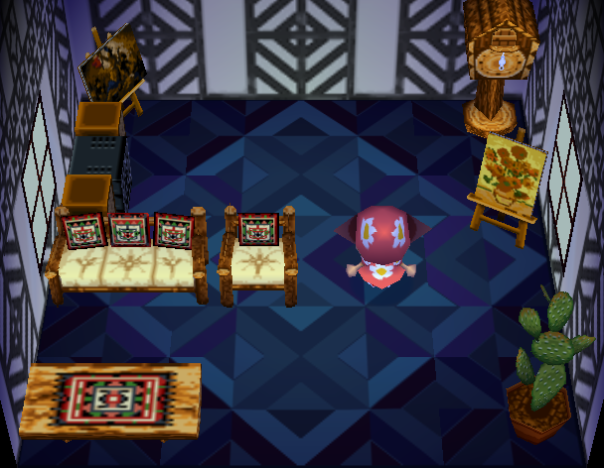 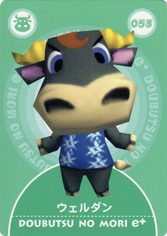 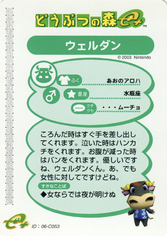