Bud is a jock lion in the Animal Crossing series. He first appeared in Doubutsu no Mori+ as an islander, and after his appearance in Doubutsu no Mori e+, he appears in all subsequent games as a villager. His name is a slang word for "friend."

In New Horizons, Bud has the fitness hobby and will wear sporty shades and lift heavy dumbbells while exercising.

Artwork of Bud from Animal Crossing.

Bud is a brown lion with an orange mane and a large smile. He wears pink-rimmed sunglasses with dark lenses, which usually obscure his eyes; however, if viewed from an angle (or given normal glasses in Happy Home Designer, Pocket Camp, or New Horizons), one can see that Bud has small, black eyes with very small white pupils. His skin tone being darker than that of his mane may allude to the tan of a stereotypical "surfer-dude," which many of his other traits derive from. As an islander in Doubutsu no Mori+, Animal Crossing, and Doubutsu no Mori e+, he wears a blue lei, which was removed in subsequent installments.

As a jock villager, Bud is energetic and has an interest in physical fitness and activity. He often talks about exercise or sports and may brag about his physical fitness. While often friendly to the player, he may comment on their fitness. During conversations with other villagers, he generally gets along well with peppy villagers due to their similar hyper personalities and will also get along with smug villagers, while he may offend snooty villagers by critiquing their fitness and annoy cranky villagers with his hyper personality. In New Horizons, Bud goes to sleep at 12:30 AM and wakes up at 6:30 AM.

In Animal Crossing: Wild World, Bud cannot be one of the starting villagers in the player's town. 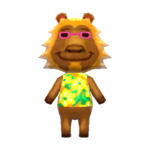 As an islander, Bud's house in Animal Crossing will begin with only one furniture item, along with the exotic wall and bamboo flooring. He will request specific items for the player to give to him, which he will place in his house. After he places two items in his house, he will upgrade his wallpaper, and after he places five items, he will upgrade his flooring. Curlos requests for the same items as Bud, although his house has different wallpaper and flooring. 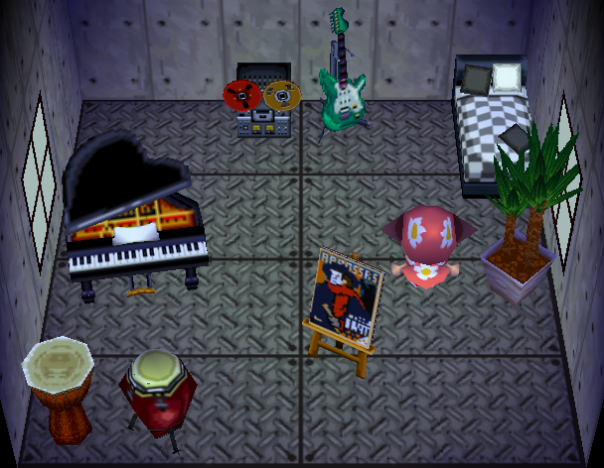 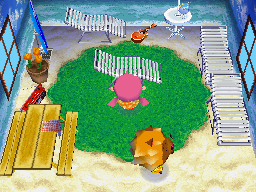 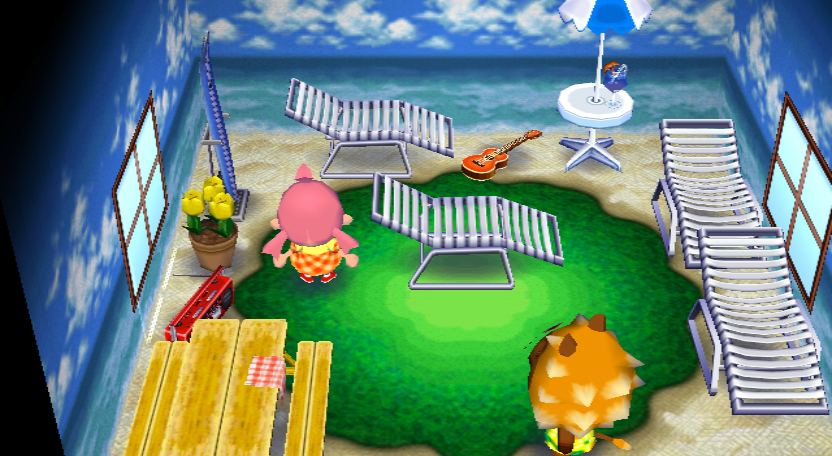 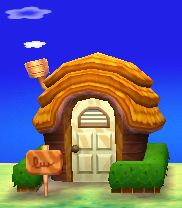 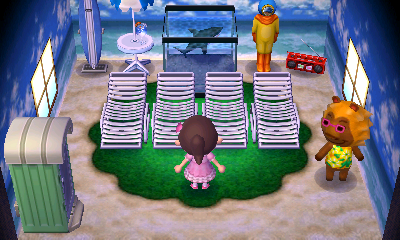 In Animal Crossing: New Horizons, if Bud is one of the starter villagers, his house will have craftable items primarily from the Wooden Series. He cannot have his initial house interior unless he moves out of the player's island or the Happy Home Paradise DLC is purchased, in which either the player or Isabelle can reset the interior. 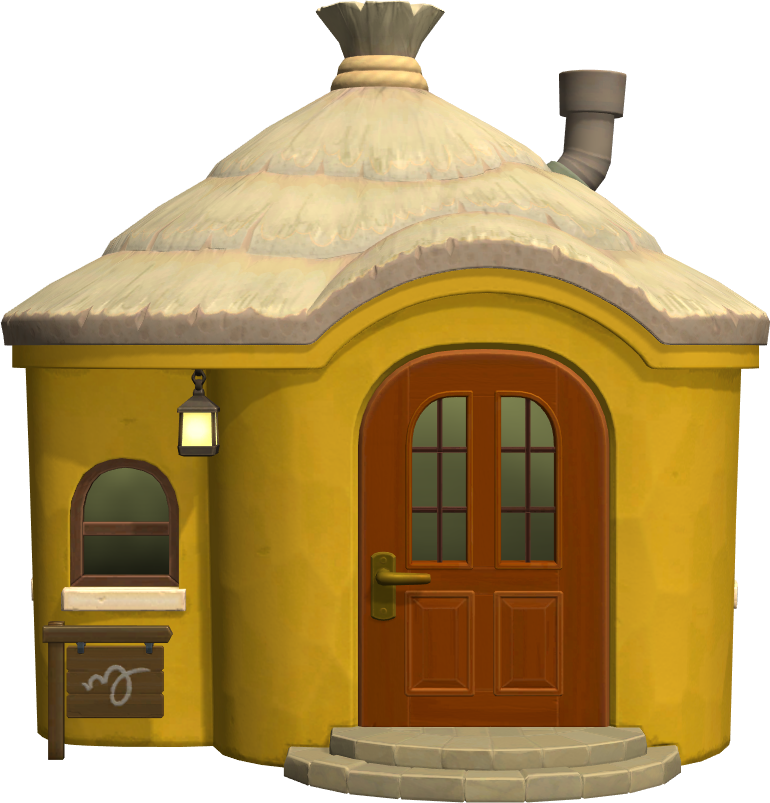 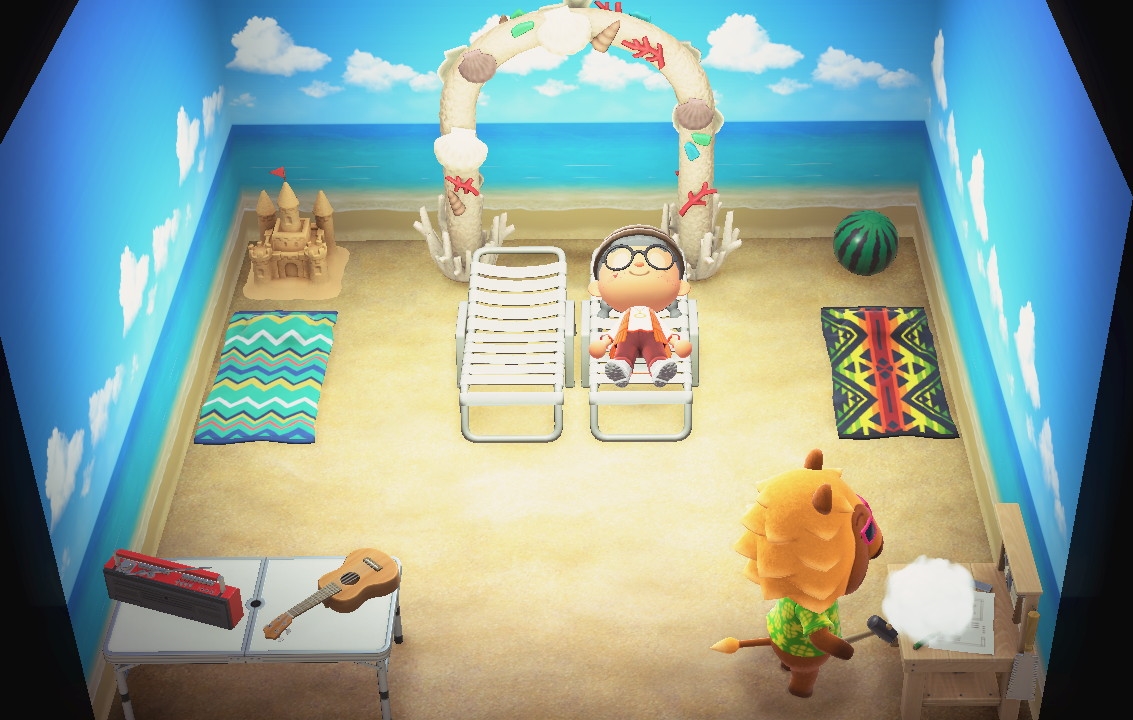 Bud is one of the 40 villagers in Animal Crossing: Pocket Camp who have been in the game since its release. 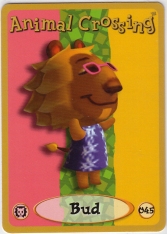 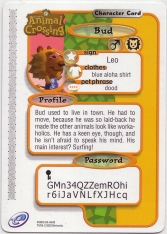 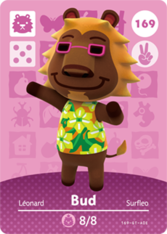