Gen is a jock sheep villager in Doubutsu no Mori e+. He can only move to the player's town if his e-Reader card is scanned. Gen is the only sheep who has not made an appearance outside Japan.

Gen is a blue sheep with a yellow face and white eyes, which support black outlines and thin, arched eyebrows. His horns are yellow with golden stripes, which is also the color of his hooves. Gen also has small red cheeks and two nostrils above a small smile.

As a jock villager, Gen is energetic and has an interest in physical fitness and activity. He often talks about exercise or sports and may brag about his physical fitness. While often friendly to the player, he may comment on their fitness. Gen goes to sleep at 12:00 AM and wakes up at 6:30 AM. 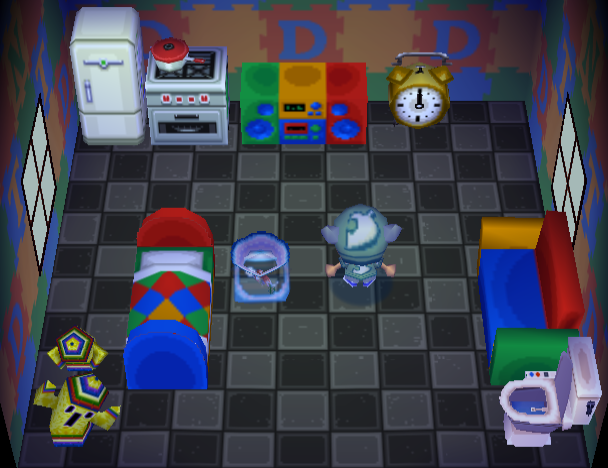