This article is about the villager named Carrot. For the vegetable, see Produce.

Carrot (キャロット, Kyarotto?) is a normal cow villager in Doubutsu no Mori e+. She can only move to the player's town if her e-Reader card is scanned. Her name comes from her appearance, which resembles a carrot.

Carrot is a cow resembling a carrot, with orange fur and green hair. She has yellow horns. The inside of her ears are a pale pink. She has tips of yellow on her hands and feet. There is blush under her eyes the same color as the pink in her ears.

Carrot has a normal personality, which means she will come across as caring and over-friendly toward the player. When hit with a net or pushed she won't become mad but may become upset. She will get on well with peppy and jock villagers, appearing motherly or sisterly towards them. She may become upset when talking to a cranky or snooty villager, due to their cruel nature which make them seem rude or heartless and will spread rumors about them or other villagers. 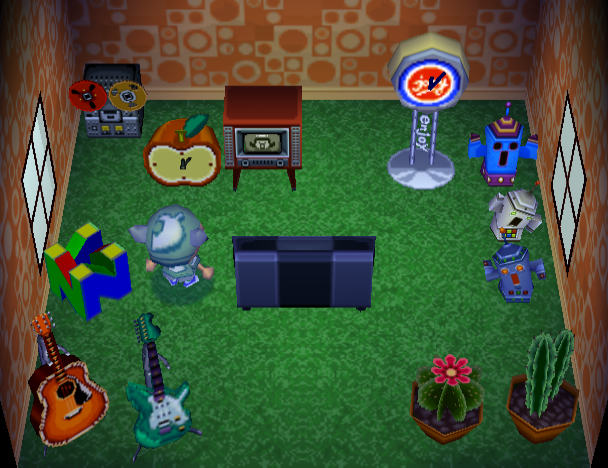 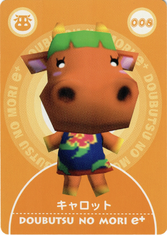 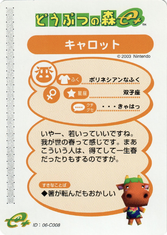