For the villager whose Korean name is Betty, see Bertha.

Betty in Doubutsu no Mori.

Betty is a pale brown chicken with a red comb and a curl of dark brown hair on her head. She wears blue eyeshadow, and the bottom of her and and tips of her wings are a darker shade of brown.

Betty is a normal villager. She will act motherly to the player and other villagers. Betty loves to cook and is very nice. She will sometimes ask the player to do a favor for her. Betty loves receiving gifts and letters. She likes it when the letters have presents. Betty likes bugs and fish and may often ask the player to catch a fish for her house. Betty also likes certain events such as the Fishing Tourney and the Sports Fair and can sometimes be seen taking part in them. She likes to talk about the town's environment and how it could be improved. She sometimes will talk about how nice flowers would look. 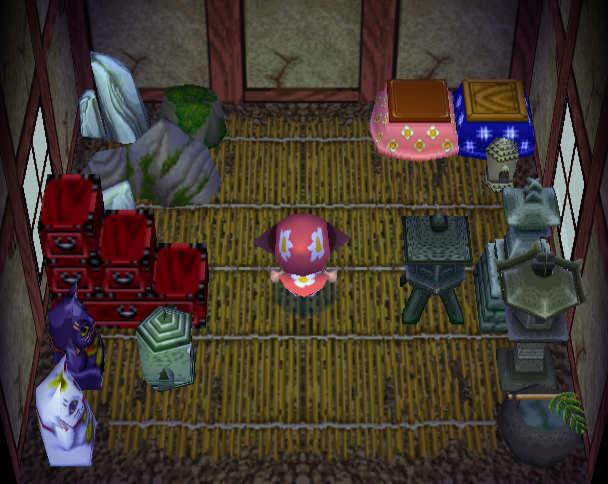 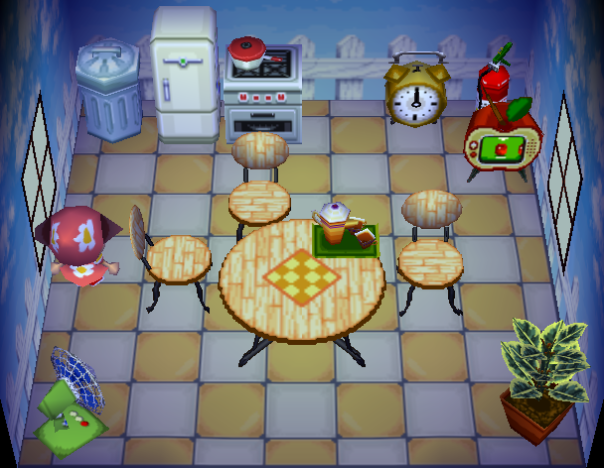 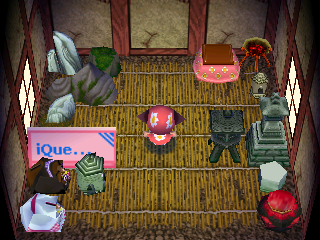 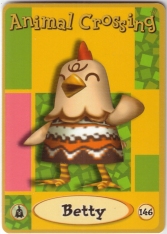 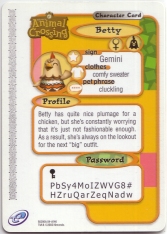