Ione is a light blue squirrel with dark blue ears and a tuft of pale yellow hair. She has a dark blue tail covered in small light blue specks, which resembles a constellation of stars. She has pale yellow eyeshadow and two small pale yellow eyelashes on the bottom-outer side of each eye. When she is shocked, her eyes gain a light blue 4-pointed star in them. Her hands, feet, and the insides of her ears are aqua green, which produce bioluminescence when she is within a dark unlit environment. 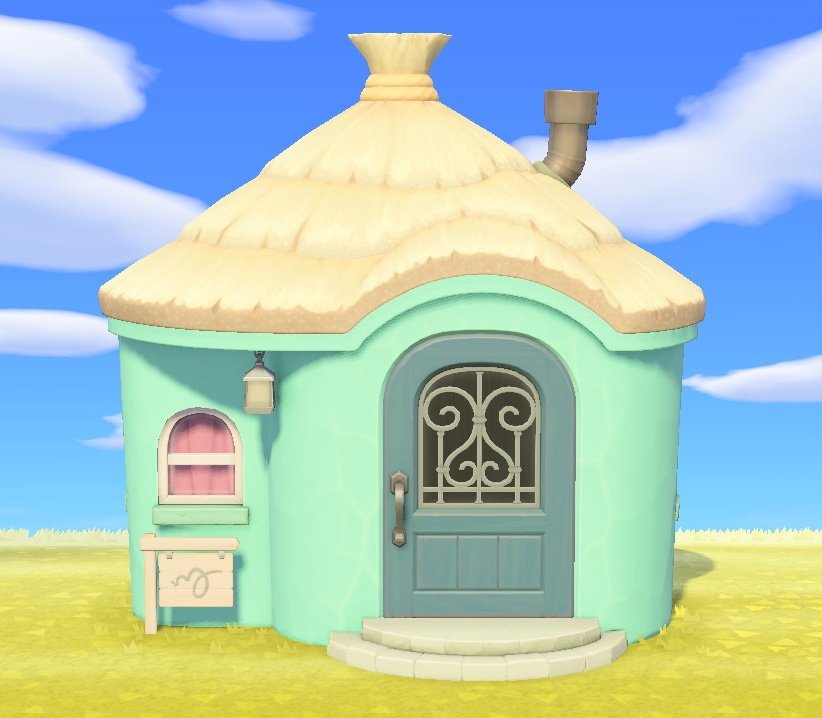 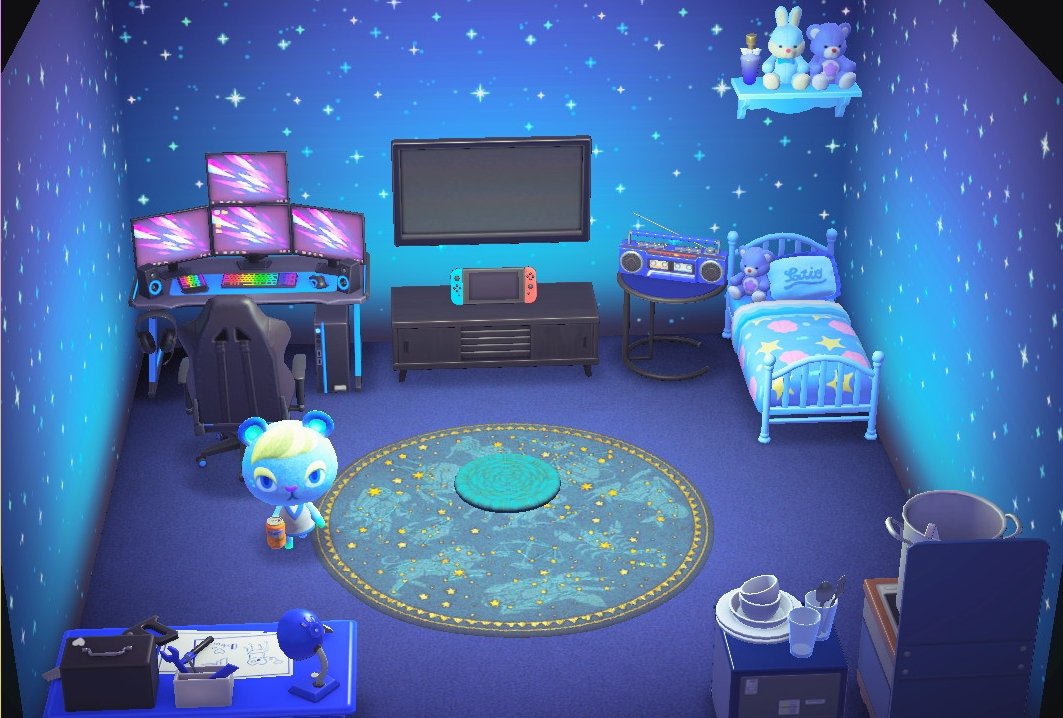 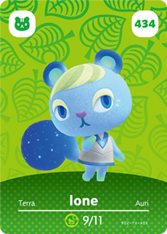