For the villager whose Italian name is Stella, see Astrid. For French, see Soleil.

In New Horizons, Stella has the nature hobby and may be found reading a book pertaining to an item she is studying, which can be either flowers, bugs, fish, or fossils.

Artwork of Stella from Animal Crossing.

Stella is a pale sheep with a purple wool coat. Her eyes are closed, and she has a small smile. She also has pink blush. In Doubutsu no Mori, she is a pink sheep with a black nose, orange blush, and pink wool; she appears to be frowning, due to her mouth meeting at her nose.

Stella has a normal personality, making her sweet and kind. She will rarely get mad and will appear motherly toward the player and other villagers, most notably lazy and peppy villagers. However, she may be angered by cranky and snooty villagers due to both personalities' tendency to belittle other villagers, or if the wrong things are said to her in conversation. Her appearance also fits in with her personality, appearing to be calm and sweet.

In Animal Crossing: New Leaf - Welcome amiibo, Stella can only move to the player's town if her amiibo card is scanned, or if she is invited to move in from another player's town. 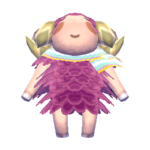 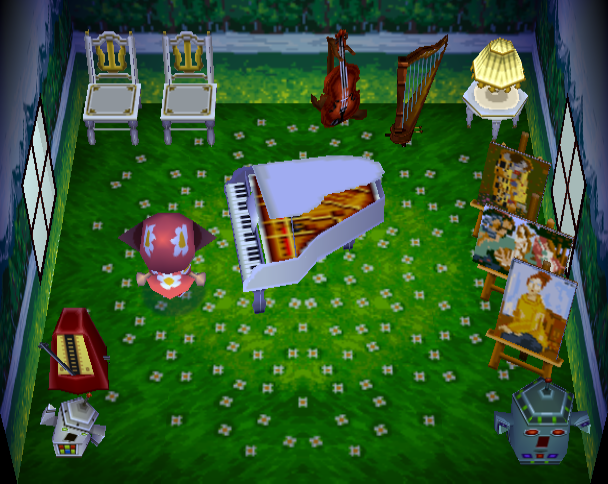 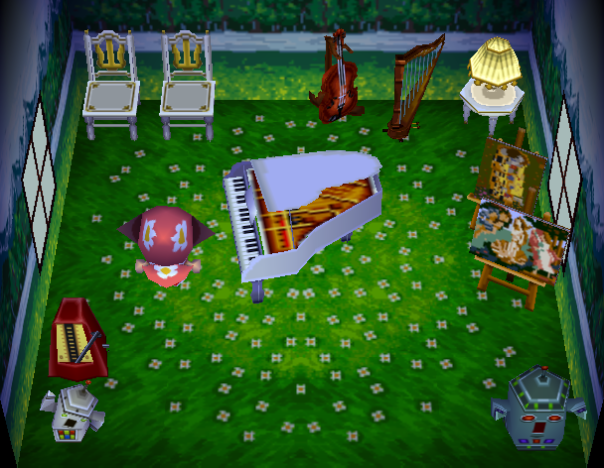 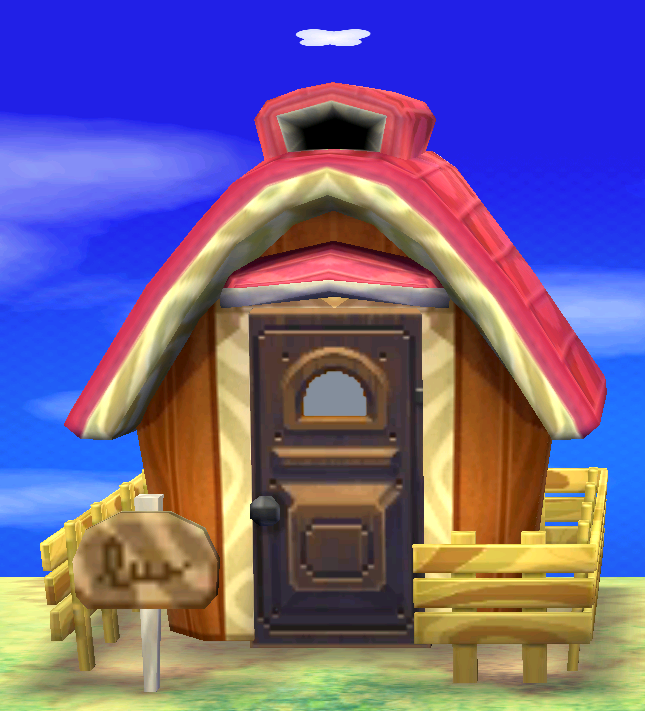 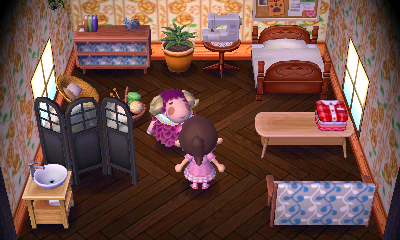 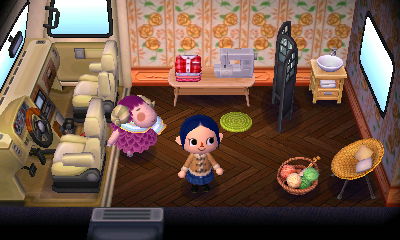 In Animal Crossing: New Horizons, if Stella is one of the villagers who moved in during the main storyline after the villager house development quest, her house will have a combination of non-craftable furniture, plus items crafted by players during the island development storyline, primarily from the Wooden Series. She cannot have her initial house interior unless she moves out of the player's island or the Happy Home Paradise DLC is purchased, in which either the player or Isabelle can reset the interior. 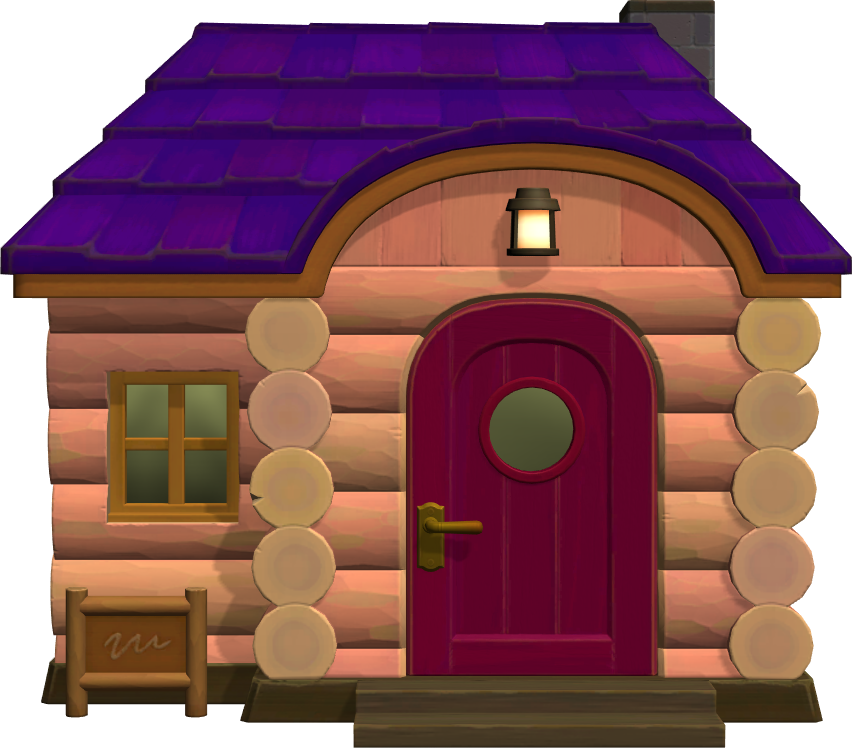 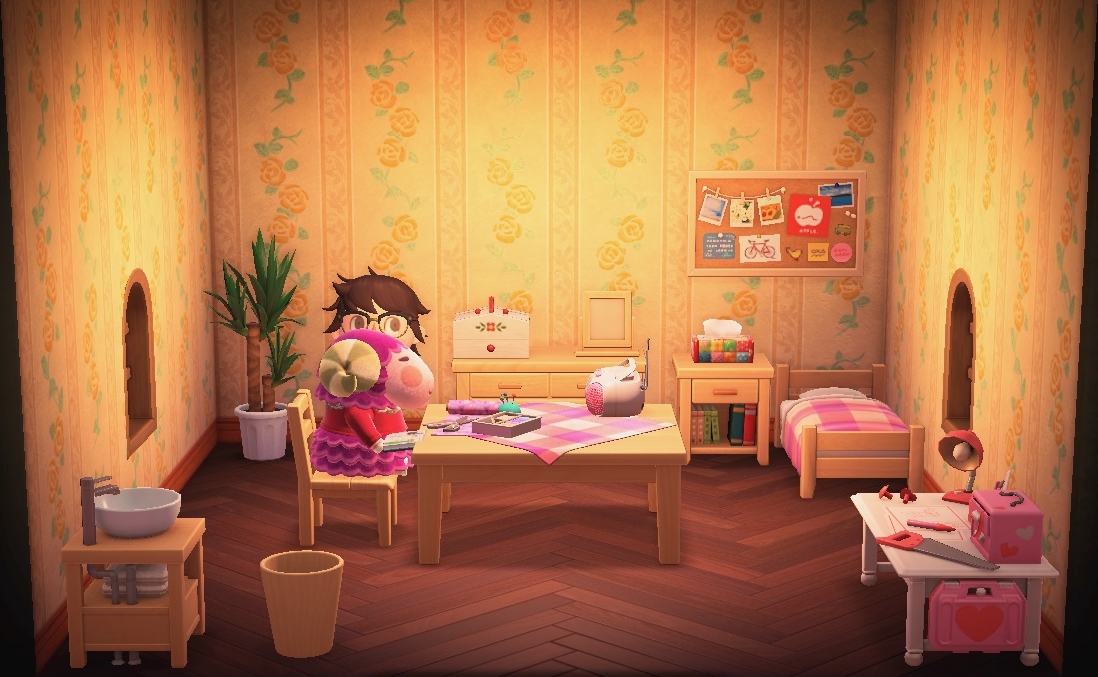 Stella is one of the 40 villagers in Animal Crossing: Pocket Camp who have been in the game since its release. 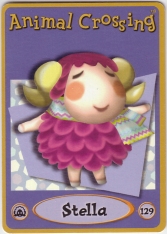 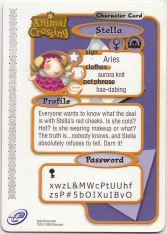