This article is about the villager. For the special character whose German name is Peggy, see Phyllis.

Peggy is a peppy pig villager in the Animal Crossing series. She first appeared in Doubutsu no Mori e+ and has appeared in all subsequent games except Animal Crossing: Wild World. Her name may be derived from piggy, which relates to her species.

In New Horizons, Peggy has the fashion hobby and may be seen wearing a pink purse with a white flower on it, as well as a specific headwear or accessory item.

Peggy in Doubutsu no Mori e+.

Peggy is a cheerful-looking, peach-colored pig with short red hair and wide, blue eyes with black eyelashes. She has a large smile with rosy cheeks at the ends. Peggy looks similar to Curly, another pig villager.

Peggy is a peppy villager, acting excitable and outgoing, which allows her to get along with the player easily. Peggy is also somewhat airheaded, and will sometimes speak random sentences on random topics, and will use words like "sooo" and "totally", making her the annoyance of cranky villagers, whom she will call "old" or "boring". Despite this, Peggy is still popular among other villagers, particularly jock, normal, lazy, and other peppy villagers.

In Doubutsu no Mori e+, Peggy can only move to the player's town if her e-Reader card is scanned. 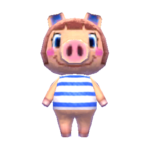 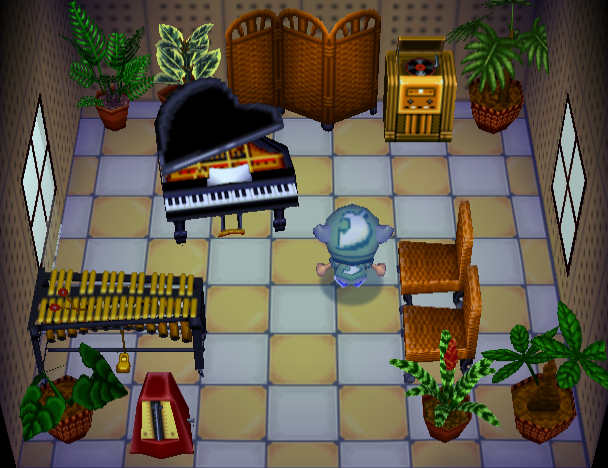 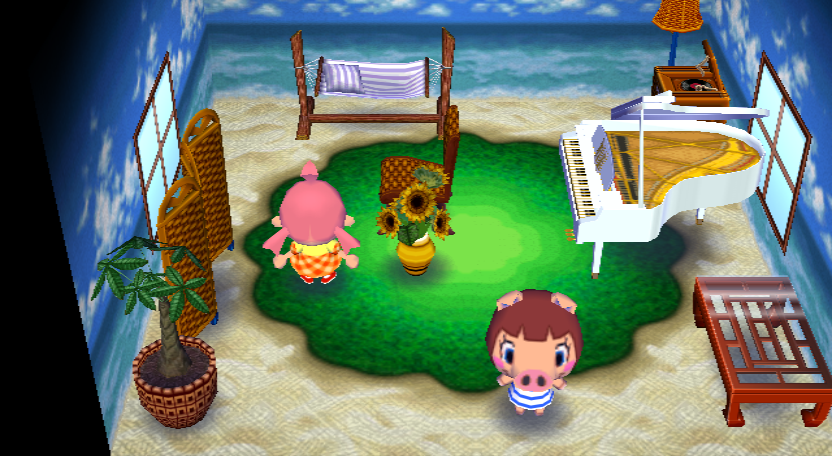 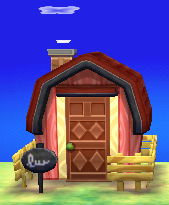 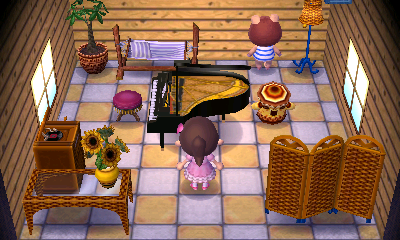 In Animal Crossing: New Horizons, if Peggy is one of the villagers who moved in during the main storyline after the villager house development quest, her house will have a combination of non-craftable furniture, plus items crafted by players during the island development storyline, primarily from the Wooden Block Series. She cannot have her initial house interior unless she moves out of the player's island or the Happy Home Paradise DLC is purchased, in which either the player or Isabelle can reset the interior. 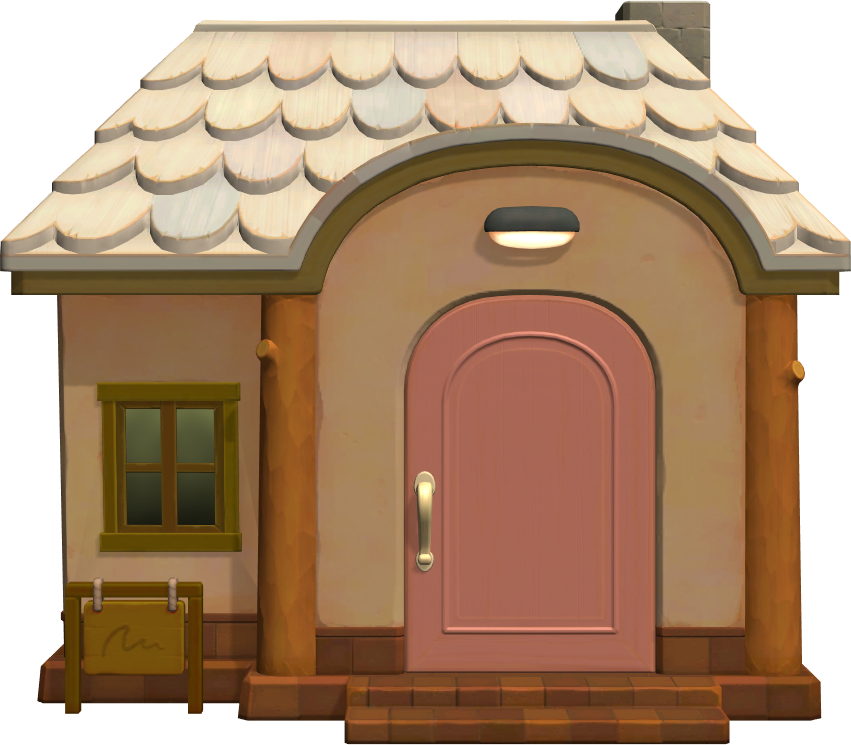 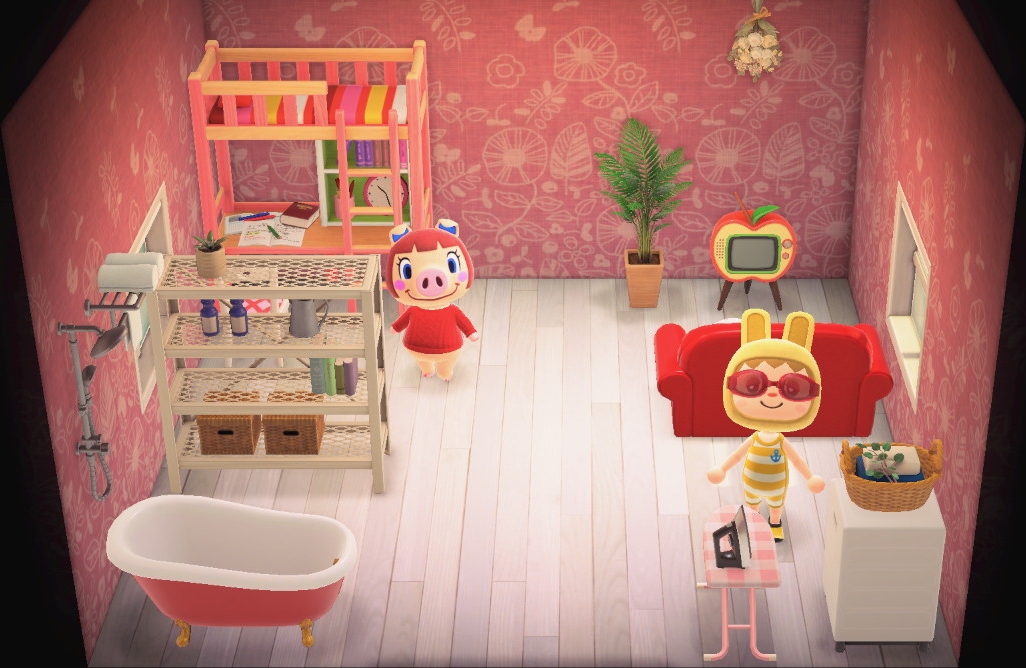 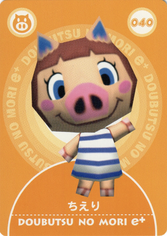 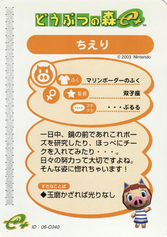 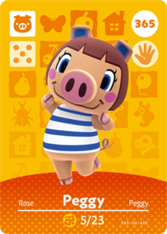