Pompom is a peppy duck villager in the Animal Crossing series who appears in all games to date. Her name, personality, and catchphrase all relate to cheerleaders.

In New Horizons, Pompom has the music hobby and may sing anywhere without the need of a stereo.

Artwork of Pompom from Animal Crossing.

This one goes out to all my fans! 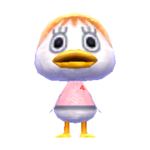 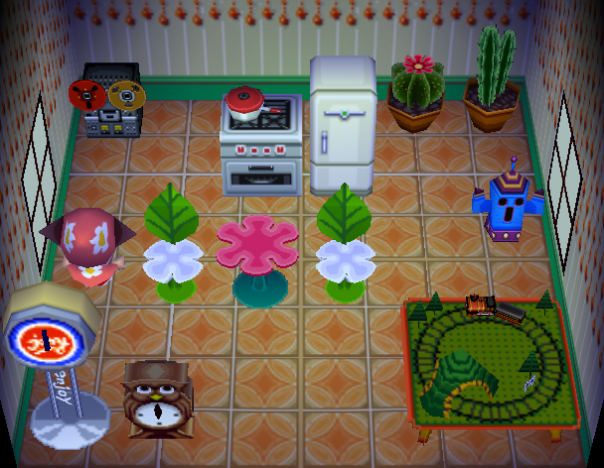 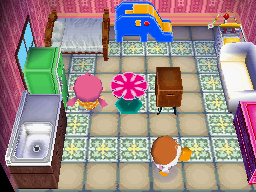 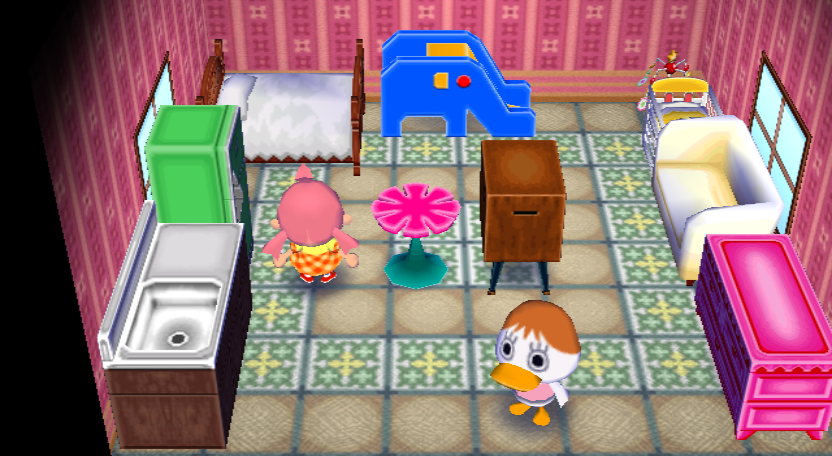 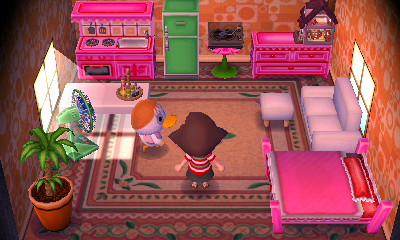 In Animal Crossing: New Horizons, if Pompom is one of the villagers who moved in during the main storyline after the villager house development quest, her house will have a combination of non-craftable furniture, plus items crafted by players during the island development storyline, primarily from the Wooden Block Series. She cannot have her initial house interior unless she moves out of the player's island or the Happy Home Paradise DLC is purchased, in which either the player or Isabelle can reset the interior. 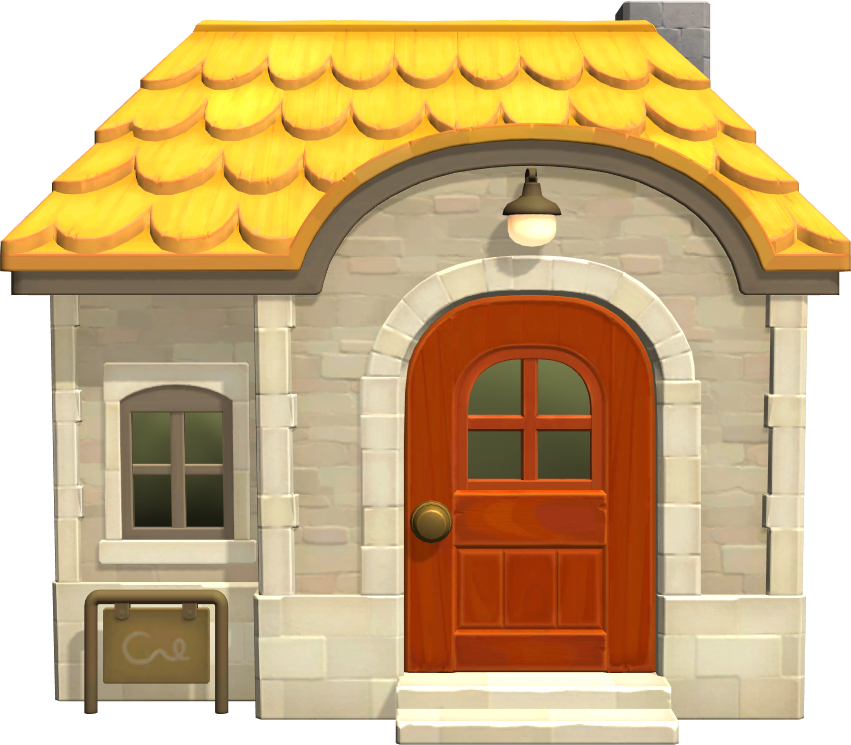 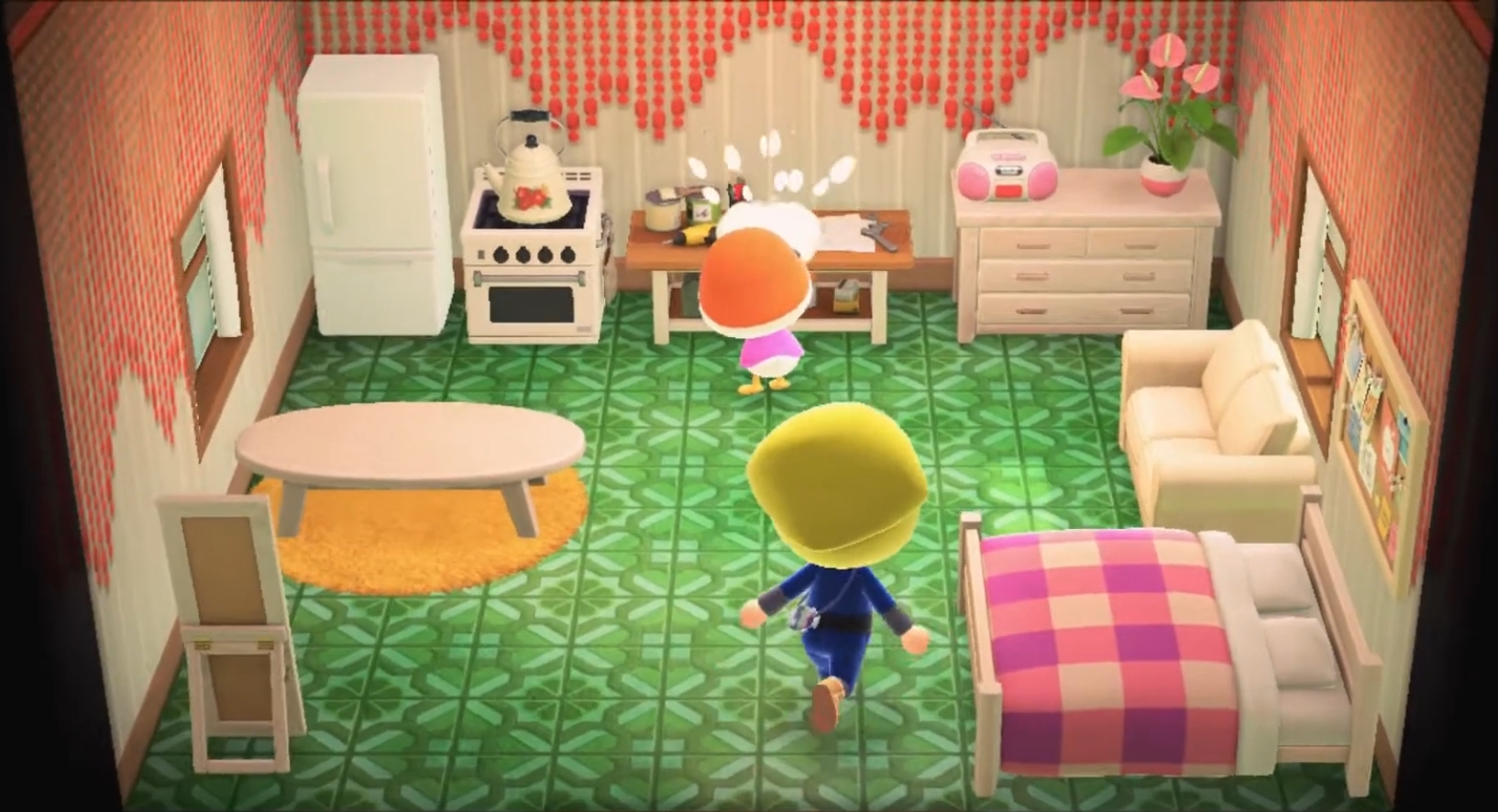 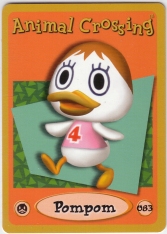 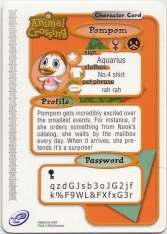 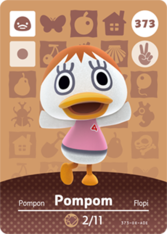