Koharu (こはる, Koharu?) is a peppy kangaroo islander in Doubutsu no Mori e+. She can only move to Animal Island if her e-Reader card is scanned.

Koharu is a yellow kangaroo with large black eyes and a bright red nose. Her muzzle and the tips of her paws are a cream color, and Koharu also has small, pink cheeks. The inside of her ears are a light purple.

Koharu is a peppy villager, acting over-excited and friendly to the player. While in conversation, Koharu will use words such as "totally!" and "sooooo," and will get along with many villagers, including jock and normal villagers. However, cranky villagers may spread rumors of Koharu at her expense, while snooty villagers will conflict with her lifestyle.

As an islander, Koharu's house in Doubutsu no Mori e+ will begin with only one furniture item, along with the exotic wall and bamboo flooring. She will request specific items for the player to give to her, which she will place in her house. After she places two items in her house, she will upgrade her wallpaper, and after she places five items, she will upgrade her flooring. Flossie requests for the same items as Koharu, although her house has different wallpaper and flooring. 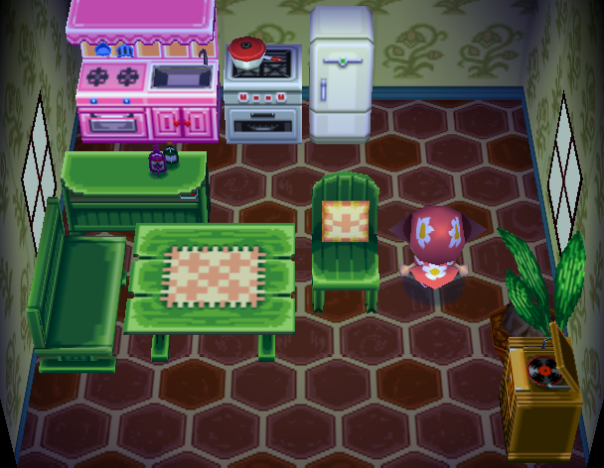 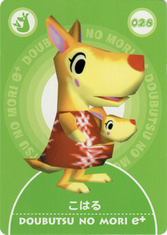 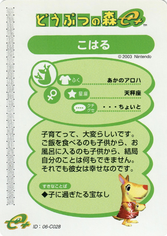