Norma is a normal cow in the Animal Crossing series. She first appeared in Doubutsu no Mori e+ as an islander, after which she remained absent from the series until Animal Crossing: New Leaf - Welcome amiibo, where she returns as the sole normal cow villager in the game. Her name may be a play on normal, her personality type.

In New Horizons, Norma has the nature hobby and may be found reading a book pertaining to an item she is studying, which can be either flowers, bugs, fish, or fossils.

Norma in Doubutsu no Mori e+.

Norma is a pink cow with striped yellow and orange horns. She has a tan muzzle, and her hooves are a sky blue color, with dark pink fading from her hooves into her main skin color. She has a tuft of dark brown or black hair which splits into two sections behind her head, resembling braids.

As a normal islander in Doubutsu no Mori e+, Norma has a peaceful, spacey nature prone to daydreaming and getting lost in thought. In conversation, she frequently reads the player's aura or comments on the natural beauty of the island. Due to her fanciful outlook on life, she is often kind in dealing with the player but can easily wander off into mystical, eccentric, or even nonsensical conversation. She meditates frequently in her pursuit of harmony and tranquility and will request furniture from the player that she believes will improve her meditation.

As a villager with the normal personality, Norma will act friendly and motherly towards the player. She will get along well with villagers of any personality type. She will have hygiene concerns, represented when the player visits her house, and she will state her embarrassment at the supposedly unclean appearance of her home. She will mention her interest in reading and the various books she reads. She also will enjoy writing and receiving letters.

In Doubutsu no Mori e+, Norma can only move to Animal Island if her e-Reader card is scanned.

In Animal Crossing: New Leaf - Welcome amiibo, Norma can only move to the player's town if her amiibo card is scanned, or if she is invited to move in from another player's town. 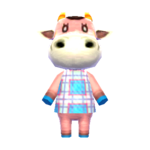 If you want what you have, then you'll have what you want.

As an islander, Norma's house in Doubutsu no Mori e+ will begin with only one furniture item, along with the exotic wall and bamboo flooring. She will request specific items for the player to give to her, which she will place in her house. After she places two items in her house, she will upgrade her wallpaper, and after she places five items, she will upgrade her flooring. O'Hare requests for the same items as Norma, although his house has different wallpaper and flooring. 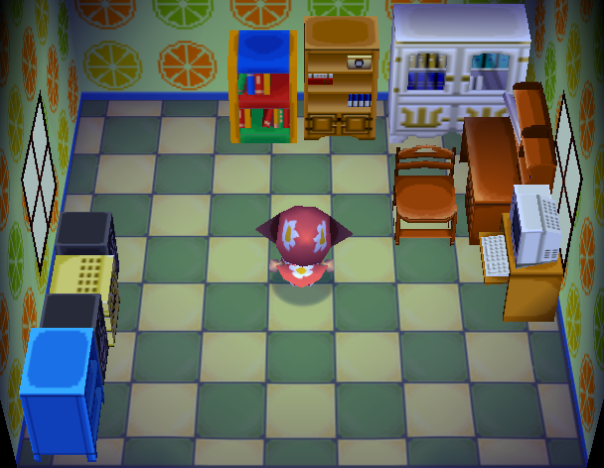 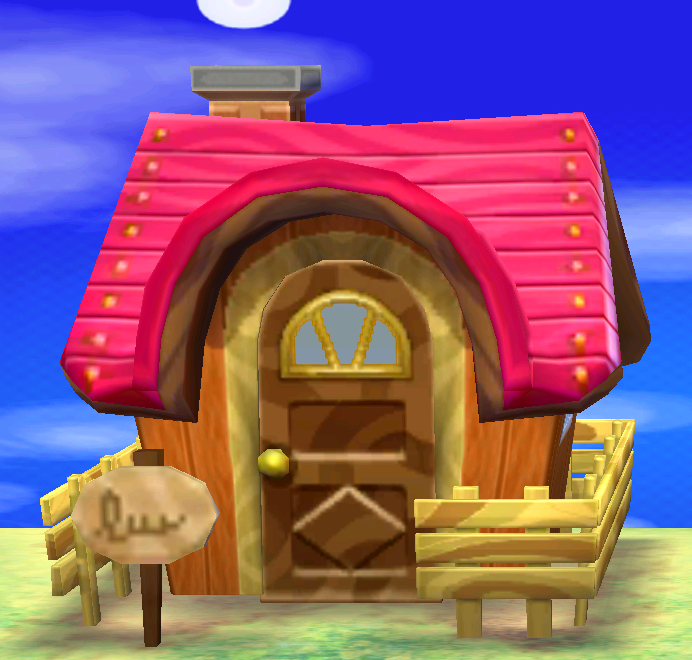 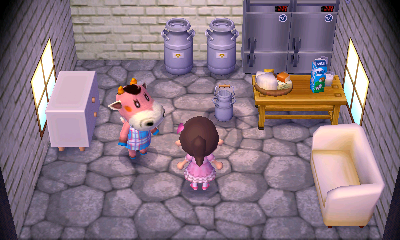 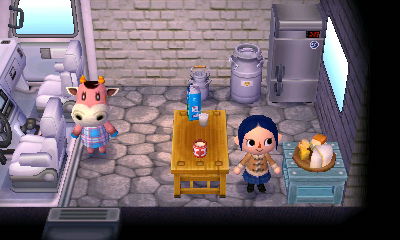 In Animal Crossing: New Horizons, if Norma is one of the villagers who moved in during the main storyline after the villager house development quest, her house will have a combination of non-craftable furniture, plus items crafted by players during the island development storyline, primarily from the Wooden Series. She cannot have her initial house interior unless she moves out of the player's island or the Happy Home Paradise DLC is purchased, in which either the player or Isabelle can reset the interior. 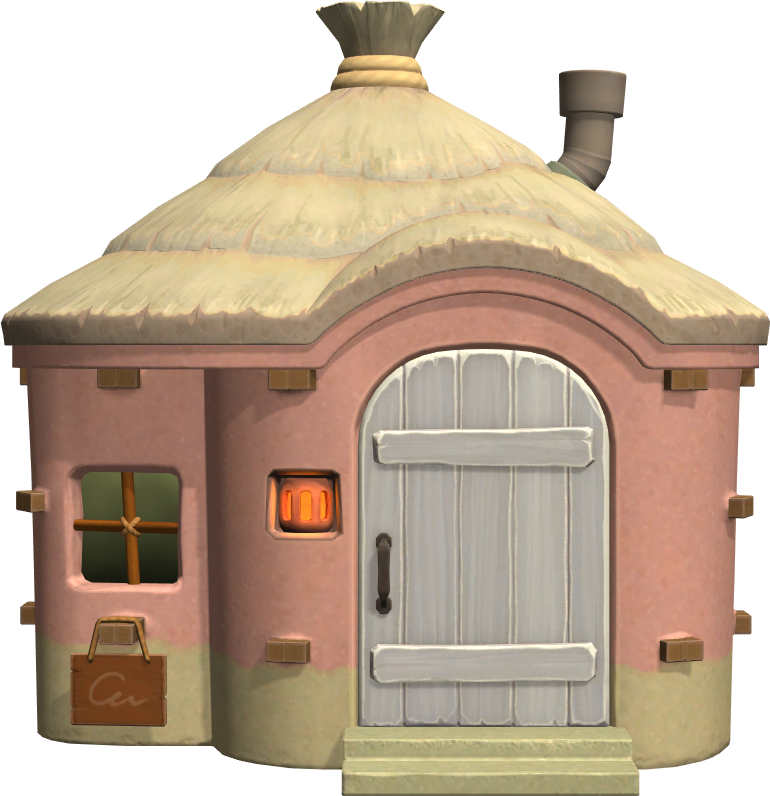 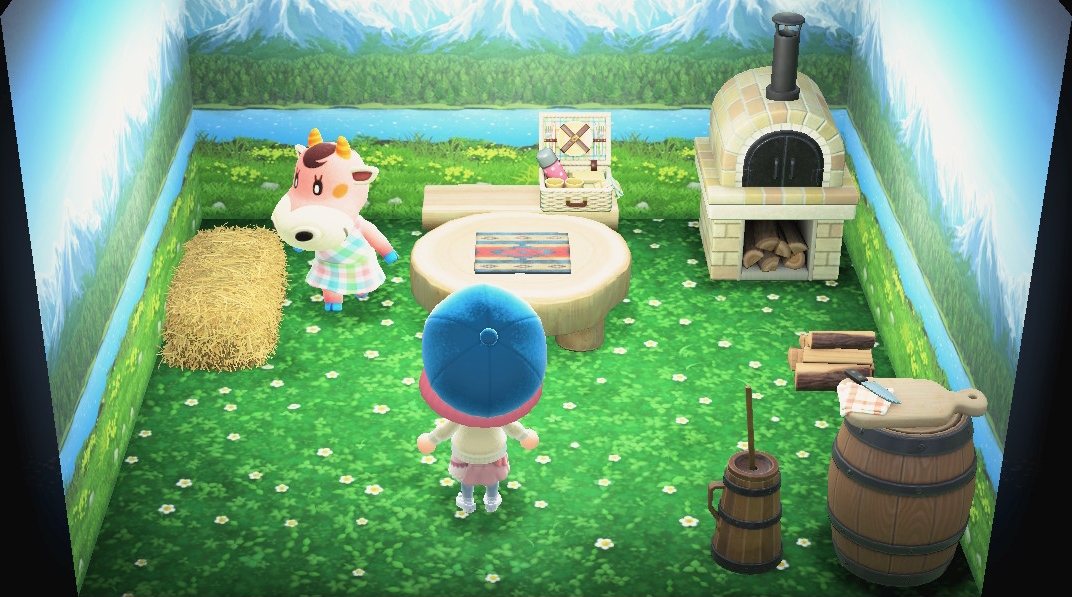 If you want what you have, then you'll have what you want. 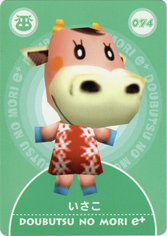 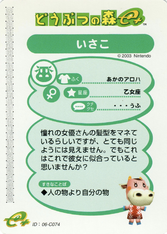