Dobie is a wolf in the Animal Crossing series. He first appeared in Doubutsu no Mori+ as a lazy islander, and after his appearance in Doubutsu no Mori e+, he remained absent from the series until Animal Crossing: New Leaf - Welcome amiibo, where he returns as a cranky villager. His name may come from the Dobermann, a breed of dog. Starting from Welcome amiibo onward, Dobie has a general theme that revolves around writing. His Welcome amiibo goal is to be a "writer," and his Welcome amiibo and New Horizons houses are filled with books, bookshelves, and scattered papers. His Happy Home Paradise house request references that he has writer's block.

In New Horizons, Dobie has the nature hobby and may be found reading a book pertaining to an item he is studying, which can be either flowers, bugs, fish, or fossils.

Artwork of Dobie from Animal Crossing.

Dobie is a gray, murky-colored wolf, erroneously colored a light green in Animal Island. His muzzle is a little lighter than his fur. He has a round, black nose, and thick eyebrows. His eyes are rarely shown open. When he opens his eyes, they are black with light gray pupils. The insides of his pointy ears are pink and the tips are black. The tip of his tail, paws, and feet are white. His muzzle and face are very wrinkled, and his jaw has several lines going along it, giving the impression that he might be toothless. His facial features give the impression that he is meant to be old, which is further supported by his cranky personality in Animal Crossing: New Leaf.

As a lazy islander, Dobie prefers more independence from others and desires to stay away from the player. This is akin to cranky villagers, something that he would inherit in his future appearances.

As a cranky villager, he is easily bothered and annoyed. He may get along with snooty villagers, since they both enjoy spreading rumors. He also easily gets along with jock, and sometimes lazy and normal villagers, but may have trouble getting along with peppy or big sister villagers. If the player is constantly friendly to him, however, he may become easier to talk to and get along.

In Animal Crossing: New Leaf - Welcome amiibo, Dobie can only move to the player's town if his amiibo card is scanned, or if he is invited to move in from another player's town. 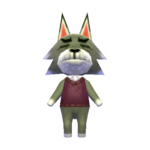 As an islander, Dobie's house in Animal Crossing will begin with only one furniture item, along with the exotic wall and bamboo flooring. He will request specific items for the player to give to him, which he will place in his house. After he places two items in his house, he will upgrade his wallpaper, and after he places five items, he will upgrade his flooring. Masa requests for the same items as Dobie, although his house has different wallpaper and flooring. 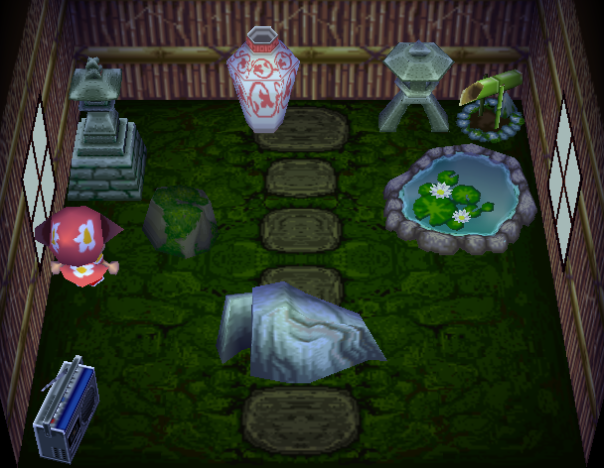 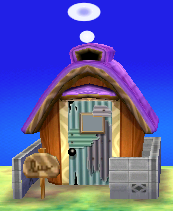 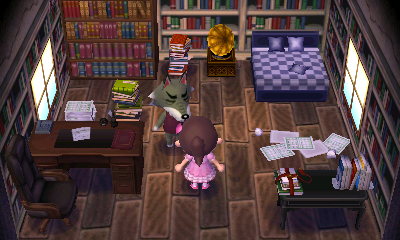 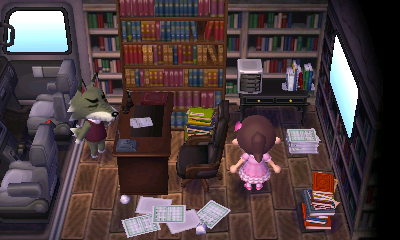 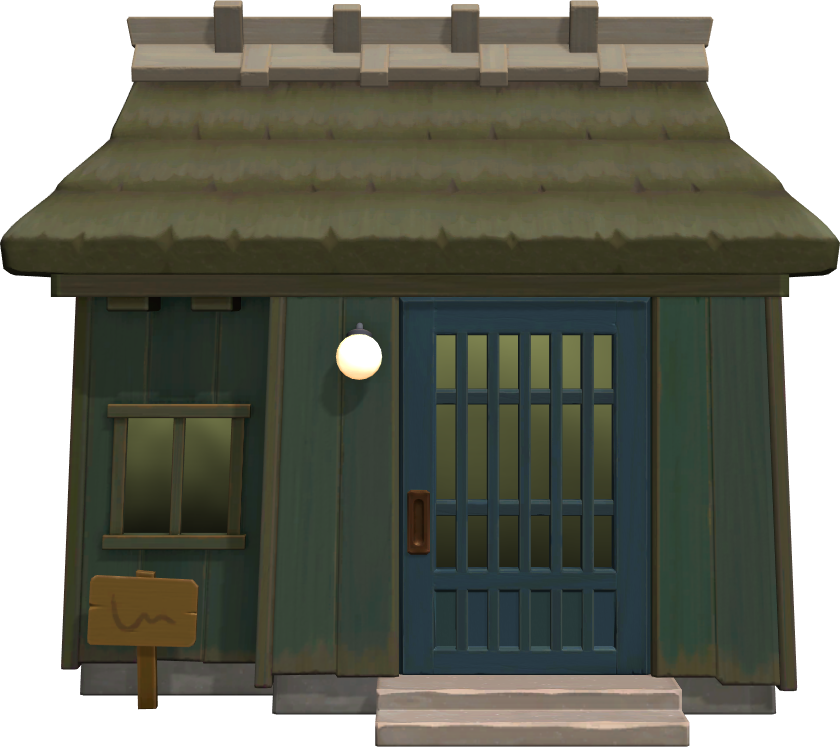 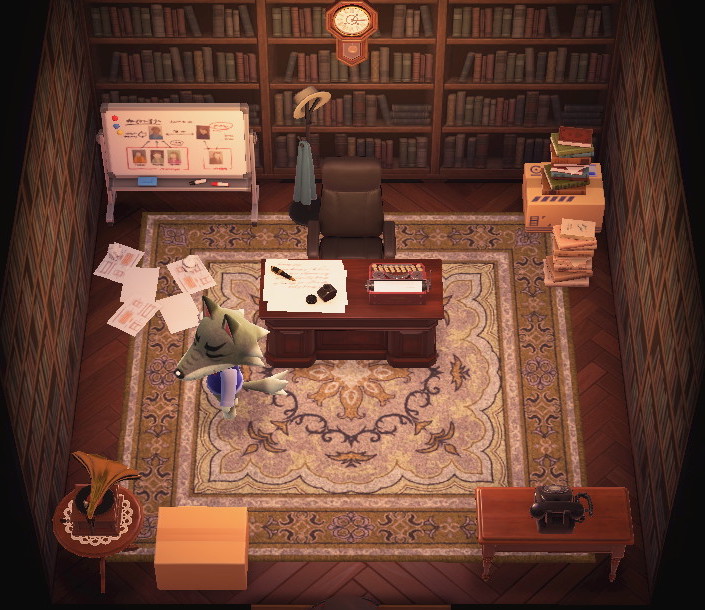 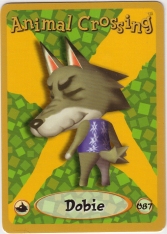 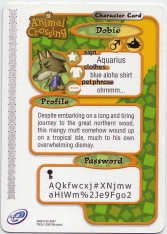