Tarou (タロウ, Tarou?) is a jock wolf villager in Doubutsu no Mori e+. He can only move to the player's town if his e-Reader card is scanned. He is the only jock wolf in the series. His catchphrase, ワオーン (waōn) represents the sound of a wolf's howl.

Tarou is a purple wolf with a tan muzzle and tan paws.

Tarou has a jock personality, having an extreme obsession with fitness, and appearing stereotypically dim-witted. He gets along well with peppy villagers, due to both having unlimited energy, though lazy villagers confuse him, due to opposing lifestyles. Unintentionally, Tarou may also offend a snooty villager by questioning their fitness. 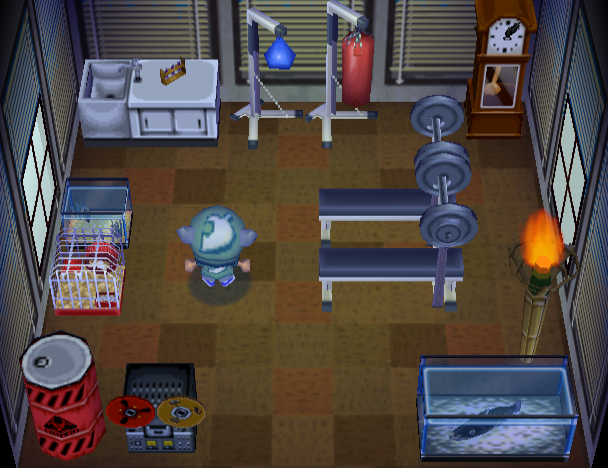 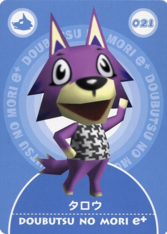 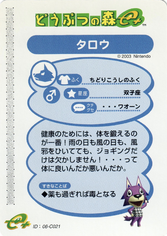