Shinabiru (シナビル, Shinabiru?) is a jock duck villager in Doubutsu no Mori e+. He can only move into the player's town if his e-Reader card is scanned. His card is a promotional card that was bundled exclusively with the September 5, 2003 issue of Weekly Famitsu (Vol. 768) and the October 2003 issue of Famitsu Cube + Advance.[1]

Shinabiru was designed by Japanese cartoonist and manga artist Takayuki Mizushina as a caricatured self-portrait.[2] He is a tan duck with wide-open eyes, orange feet, blue wings, and brown hair and large eyebrows. Similar to Mizushina, he appears to have a shaved head and an eyebrow slit.

Shinabiru has a jock personality, meaning he will enjoy exercising and eating healthy. He sometimes will conflict with lazy villagers due to having opposite lifestyles, though Shinabiru will still get along with peppy villagers. Shinabiru may also upset snooty and cranky villagers, the former of which he will insult their fitness, and to the latter will come across as annoying. 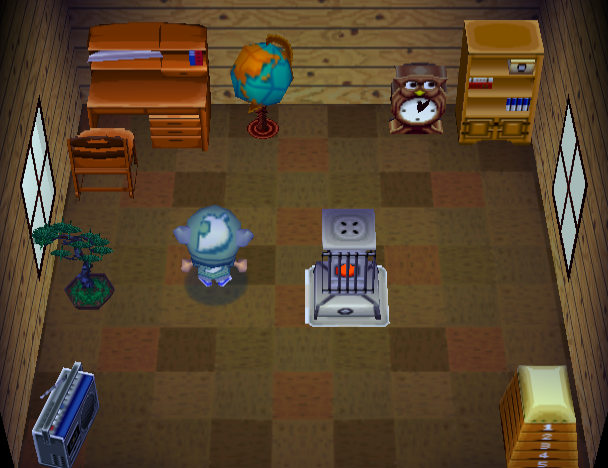 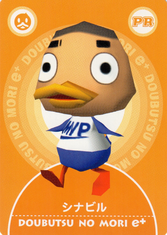 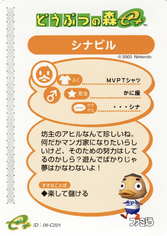