Pigleg is a jock pig islander in the Animal Crossing series who appears in Doubutsu no Mori+, Animal Crossing, and Doubutsu no Mori e+. His name is a portmanteau of pig and pegleg, relating to his pirate-like appearance. His catchphrase, arrrn, also relates to this, as "arrr" is a shout associated with pirates. His e-Reader card catchphrase is erroneously arrrnk, a portmanteau of "arrr" and "oink," the sound a pig makes. His Japanese catchphrase, yōsoro, is a navigational term for watercraft that is analogous to "keep her steady."[1]

Pigleg is a peach pig with a brown goatee and a white eye patch over his right eye. He has a pink snout and white hooves, and usually has a big smile on his face. He wears a red bandanna.

Pigleg is a jock islander. He lives an active lifestyle and loves sports and exercise.

As an islander, Pigleg's house in Animal Crossing will begin with only one furniture item, along with the exotic wall and bamboo flooring. He will request specific items for the player to give to him, which he will place in his house. After he places two items in his house, he will upgrade his wallpaper, and after he places five items, he will upgrade his flooring. Fruity requests for the same items as Pigleg, although his house has different wallpaper and flooring. 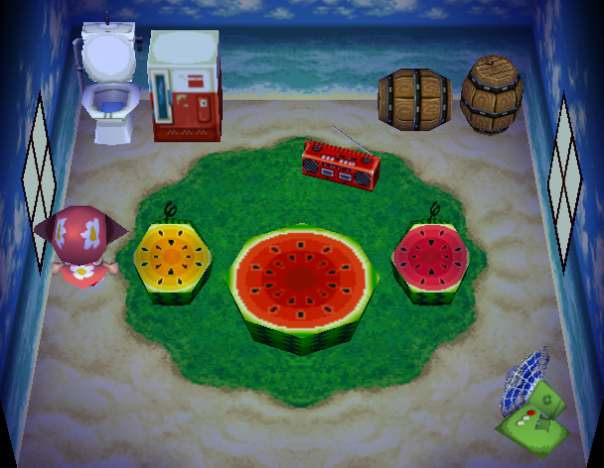 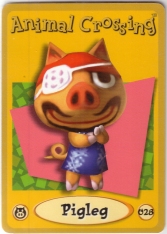 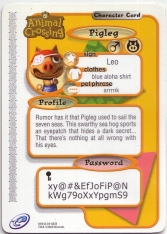