Flossie is an orange mouse with straight, brown hair and a blue daisy to the right of the top of her head. She has buck teeth, which has a small resemblance to her name.

Flossie has a peppy personality, meaning she will appear positive and energetic. With this attitude, Flossie is easy to befriend and talk with, though she will be angered if the player says or does the wrong thing to her. However, she will immediately forget about it due to a short attention span. Flossie gets along well with nearly all other villagers, with the exception of cranky and snooty villagers, who are more mature than other villagers. While in conversation, she may insult them by calling them "old" or "boring."

As an islander, Flossie's house in Animal Crossing will begin with only one furniture item, along with the exotic wall and bamboo flooring. She will request specific items for the player to give to her, which she will place in her house. After she places two items in her house, she will upgrade her wallpaper, and after she places five items, she will upgrade her flooring. Koharu requests for the same items as Flossie, although her house has different wallpaper and flooring. 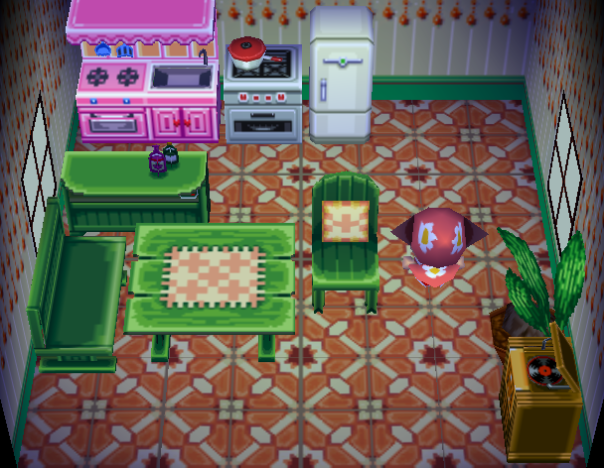 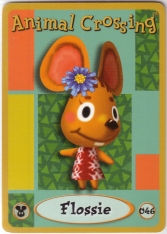 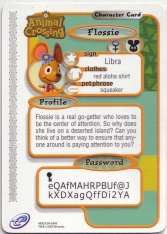