For the villager whose German name is Bella, see Cherry. For Spanish, see Belle. For French, see Cupcake.

Bella is a peppy mouse villager in the Animal Crossing series. She first appeared in Doubutsu no Mori e+ and has appeared in all subsequent games except Animal Crossing: Pocket Camp. Her catchphrase relates to her species, which make the sound squeak or eek.

In New Horizons, Bella has the music hobby and may sing anywhere without the need of a stereo.

Bella in Doubutsu no Mori e+.

Bella is a white mouse with yellow bangs, pink inner ears, pink blush with freckles on her cheeks, a gray nose, and a gray and white striped tail. She also has an overbite, and her dark gray eyes are cross-eyed. When she is happy, her eyes do not close all the way, and when surprised, her eyes turn pink.

As a peppy villager, Bella will have the tendency to over-react in conversations about trivial subjects such as appearing in competitions and the chance of her losing. This sometimes triggers her to ask for a certain item of clothing or furniture that she needs to enter a competition. She, like other peppy villagers, will rarely be discouraged from doing anything, including the usual hobbies. She will also have a short attention span, which means she will soon forget arguments or tasks given to the player that were not completed. Bella may ask the player, "Sooo, how am I dressed today?" The player is presented with a slide-bar indicating Kinda slobby... and Super formal! Moving the bar close to Super formal! will make her happy, thus giving a good chance of receiving her picture (in Wild World only). She will get along well with jock and other peppy villagers.

In Doubutsu no Mori e+, Bella can only move to the player's town if her e-Reader card is scanned.

A head shot is worth a thousand words. 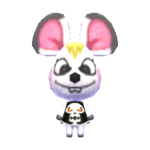 A glamour shot is worth a thousand words. 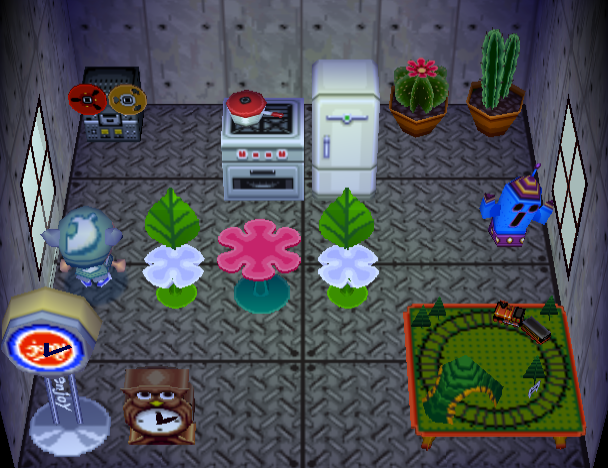 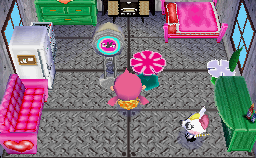 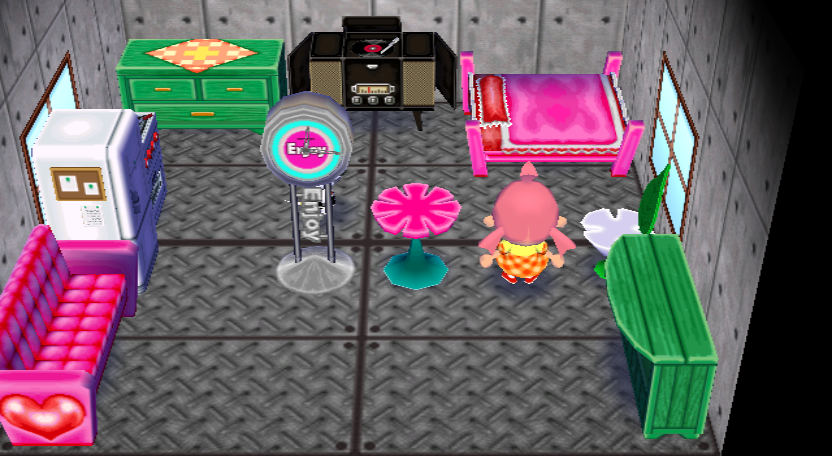 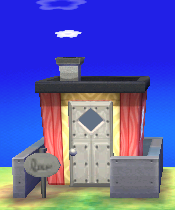 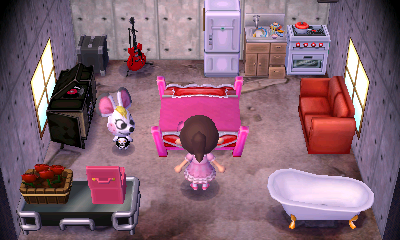 In Animal Crossing: New Horizons, if Bella is one of the villagers who moved in during the main storyline after the villager house development quest, her house will have a combination of non-craftable furniture, plus items crafted by players during the island development storyline, primarily from the Wooden Block Series. She cannot have her initial house interior unless she moves out of the player's island or the Happy Home Paradise DLC is purchased, in which either the player or Isabelle can reset the interior. 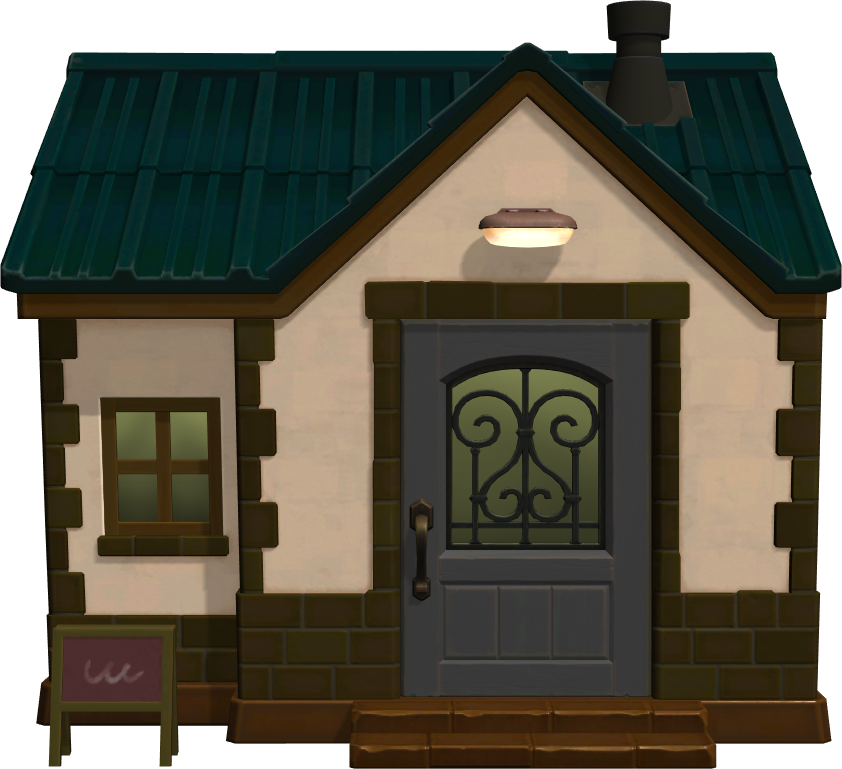 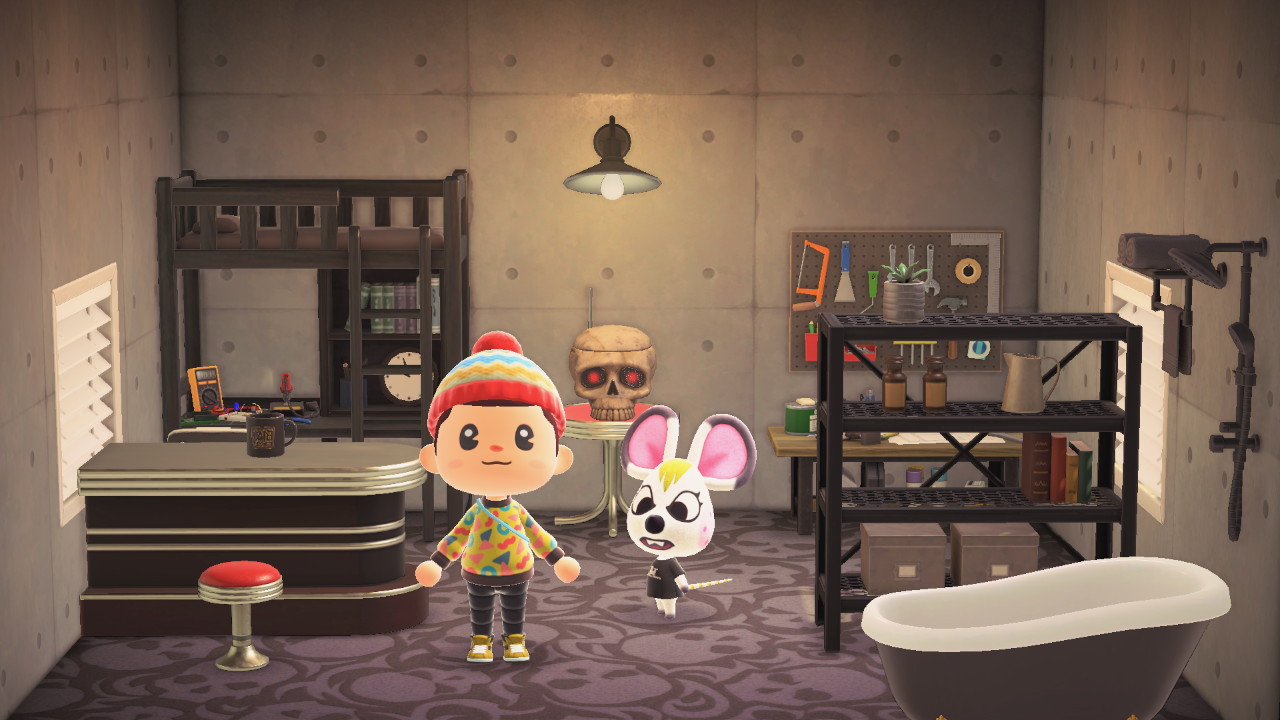 A head shot is worth a thousand words. 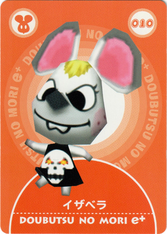 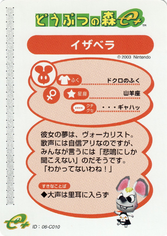 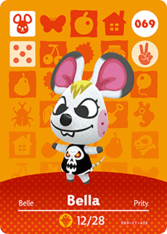