Carmen in Doubutsu no Mori.

Carmen is a dark maroon mouse that bears a resemblance to Candi, another villager of the same species. She has yellow hair, white tips on her paws, light pink inside her ears, and has a white tail with pink stripes. Each of her big black eyes bears a small white dot and two prominent eyelashes. The eyes appear to look to her left. In Doubutsu no Mori, Carmen's fur is a darker shade, while her eyes are solid, black dots with white reflections, and each has only a single eyelash.

Carmen has a snooty personality, meaning she is obsessed with fashion. As a result, Carmen is high town, upclass, and chic. However, this also makes her snobbish and arrogant, and may frown upon the player and other villagers if they are acting immature, especially lazy and peppy villagers, the latter of whom she may spread rumors about. Despite this, she will easily get along just fine with cranky villagers, who are also mature, as well as other snooty villagers. She may mention Ms. Nintendique. 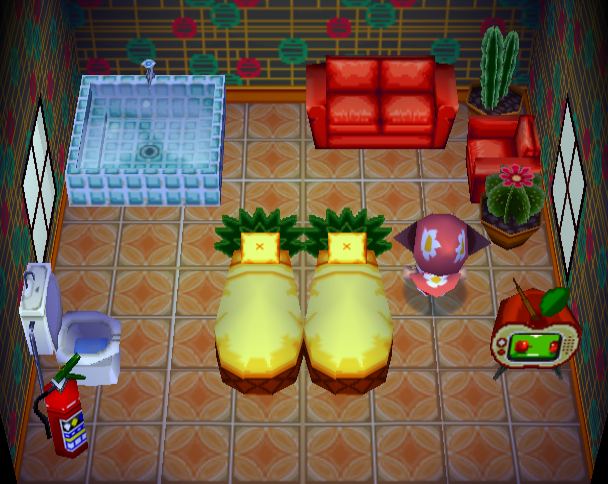 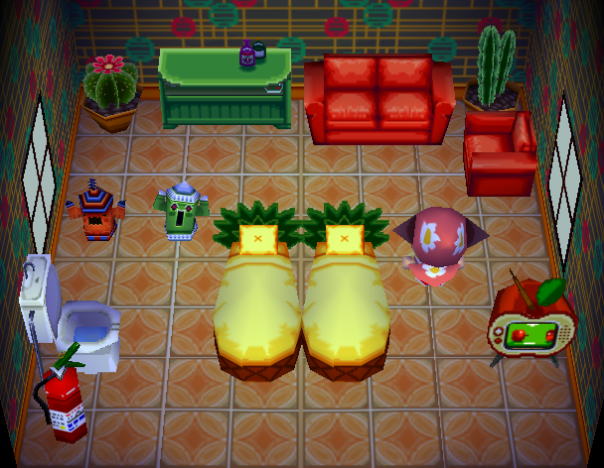 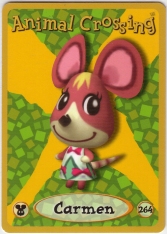 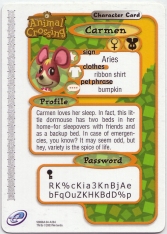