Tiara in Doubutsu no Mori.

Tiara is a brown rhinoceros with light brown horns on her head. She has light brown on her hands and tail, and also wears blue eyeshadow. In Doubutsu no Mori, Tiara's skin is much darker, and her eyes are pointed upwards.

Tiara is a snooty villager, and usually likes gossiping about other villagers, specifically peppy villagers, whom she does not get along with. She can be rude most of the time, but if she is treated nicely enough, she will reciprocate the kindness. Tiara likes roaming around the town late at night most, sometimes near the town's wishing well. As with all snooty villagers, Tiara likes clothes and fashion, and will mention it often while in conversation.

In Animal Crossing, Tiara cannot be one of the starting villagers in the player's town. 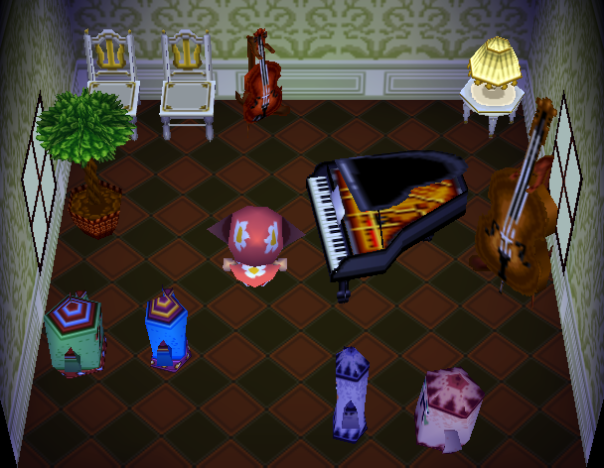 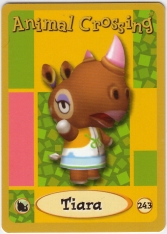 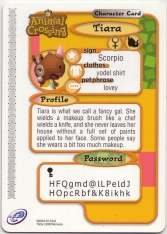