In New Horizons, Soleil has the education hobby and can be seen wearing rimmed glasses, reading a novel while outside, and using a magnifying glass when near certain objects.

Artwork of Soleil from Welcome amiibo.

Soleil is an orange hamster with blonde hair, along with yellow ears and cheeks. Her eyes are green, along with the inside of her ears.

As a snooty villager, Soleil will first appear rude and arrogant towards the player, often talking about herself and her own experiences. She may also talk about the style and appearance of other villagers, usually other female villagers such as normal, peppy, and other snooty villagers. She will soon warm up to the player, confiding in them about their own feelings but still keeping subtly rude. She will find it hard to get along with other villagers, specifically jock and lazy villagers who have conflicting lifestyles of her own. She may get on with cranky villagers, who also enjoy gossiping about the appearance and lifestyles of others. Like peppy villagers, she reads a magazine called Ms. Nintendique, an unseen magazine featuring in Animal Crossing: Wild World. 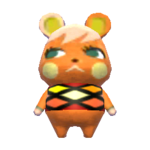 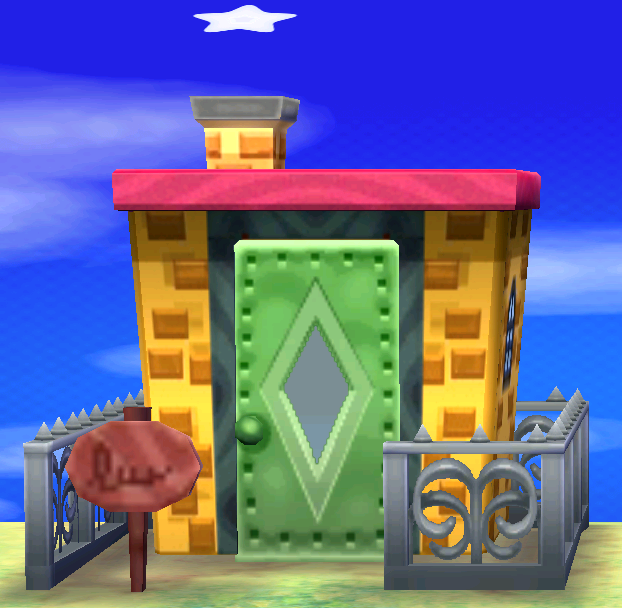 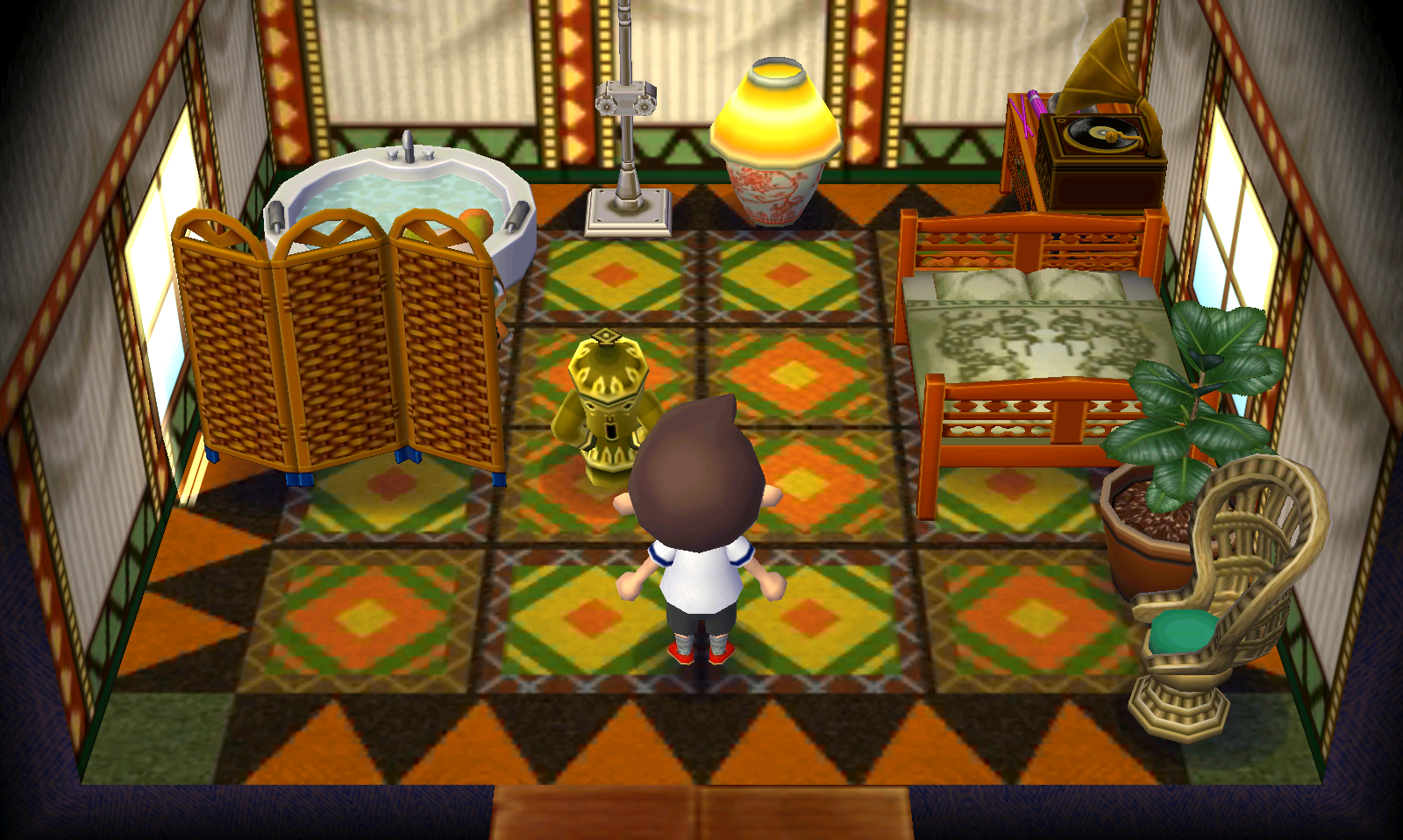 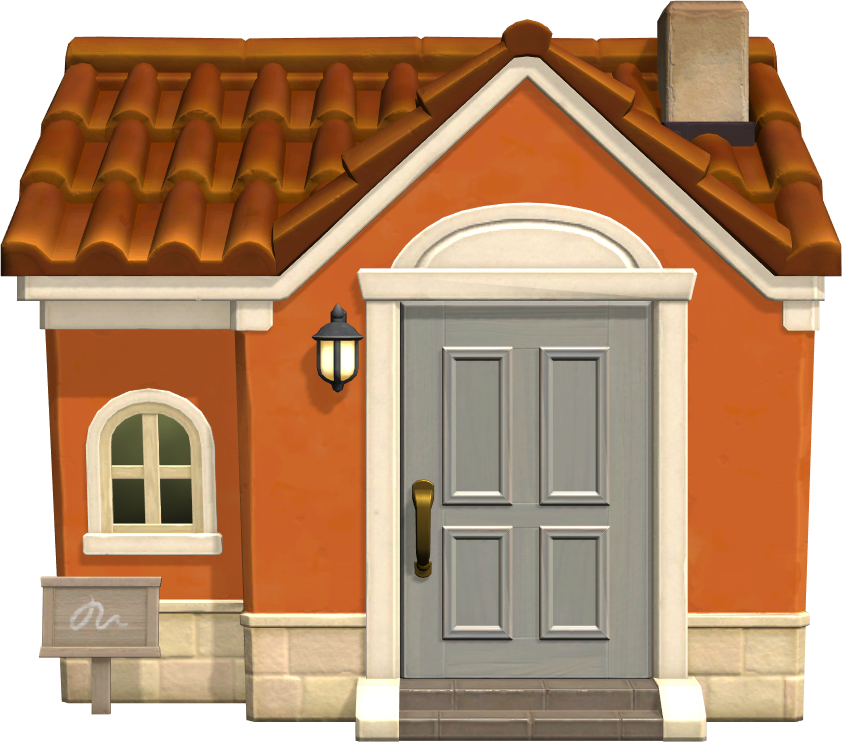 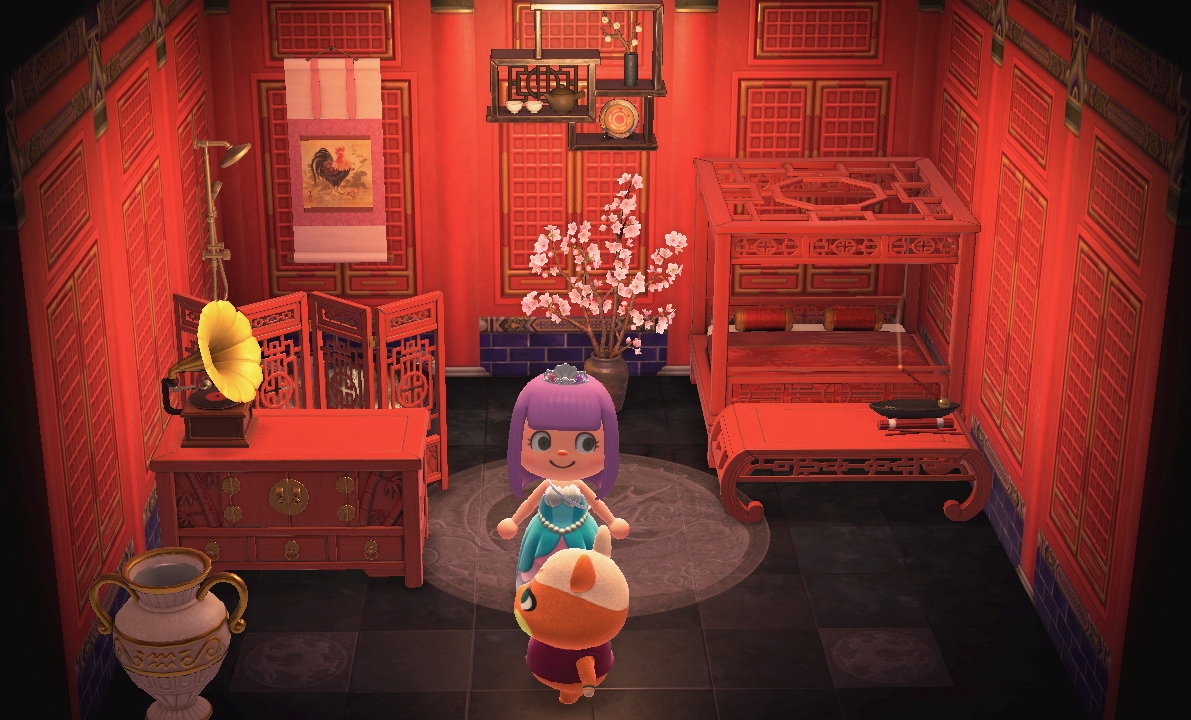 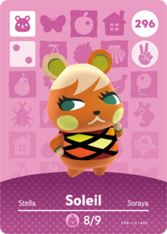