Sue E is a snooty pig villager in the Animal Crossing series. She appears in every first-generation Animal Crossing game. Her name may be derived from sooey, a call used by ranchers to call pigs.

Sue E in Doubutsu no Mori.

Sue E is a purple pig with dark purple ears. She has pink blush on her cheeks. She wears blue eyeshadow, which matches the same shade of blue as her hands and feet. She has an eyelash on the side of each eye. Her snout and the insides of her ears are light pink. She has a dark purple heart-shaped marking on the back of her head.

Sue E is a snooty villager, which means she will appear arrogant, rude, and belittling. When a villager or player talks to her, it is noticeable that she usually talks about herself. Her main interests are clothes and furniture, which is made apparent when she is talking about other villagers, usually peppy villagers, which shows her other interest in gossiping. 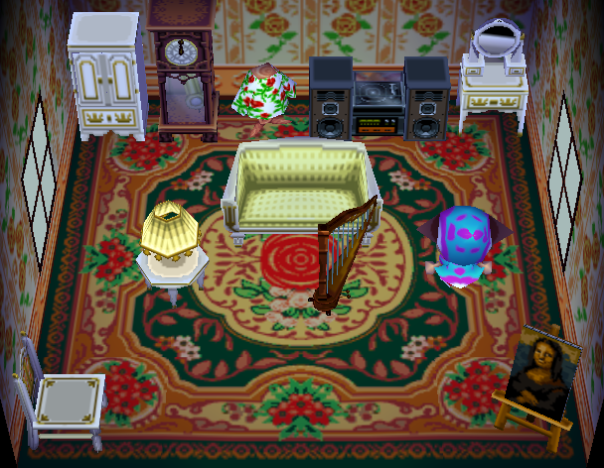 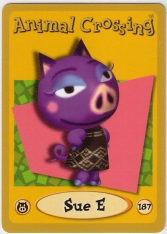 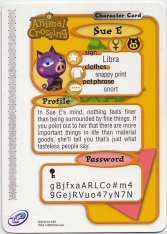