This article is about the villager. For the special character whose French name is Astrid, see Katrina.

Astrid is a snooty kangaroo villager in the Animal Crossing series who appears in all games to date except Animal Crossing: Wild World. Her name comes from the prefix "astro-," which involves stars. This refers to the star markings on her face, her default clothes prior to Animal Crossing: New Horizons, and her interest in stargazing and star signs, as referenced in her e-Reader card profile and Pocket Camp description.

In New Horizons, Astrid has the music hobby and may sing anywhere without the need of a stereo.

Artwork of Astrid from Animal Crossing.

Astrid is a white female kangaroo with a green star pattern around each of hers and her joey's eyes, which by default, are half-closed and have orange eyelids. She has pink inside of her ears and a red nose. The top half of her tail is green.

As a snooty villager, Astrid will appear uptown, classy, and chic. With this, she will appear rude, belittling, and snobbish when talking to the player or other villagers in the town, usually criticizing their dress sense or fashion. When talking to the player enough times, she will befriend them but still remain subtly rude. As with all snooty villagers, she has an interest in clothes over other hobbies. She will have problems socializing with other villagers, usually lazy villagers by disagreeing with their choice of lifestyle or getting offended by a jock villager, who has questioned her physical fitness.

In Animal Crossing, Astrid cannot be one of the starting villagers in the player's town.

In Animal Crossing: City Folk, Astrid cannot be one of the starting villagers in the player's town. 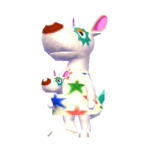 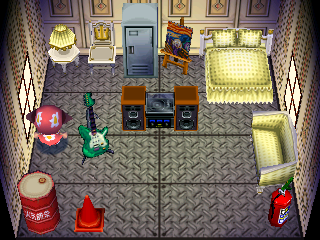 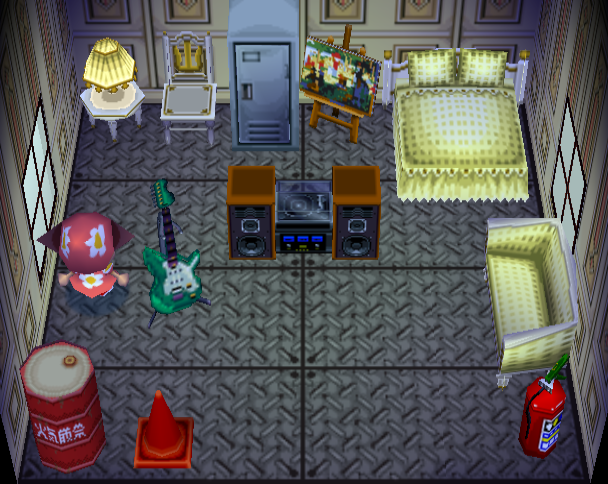 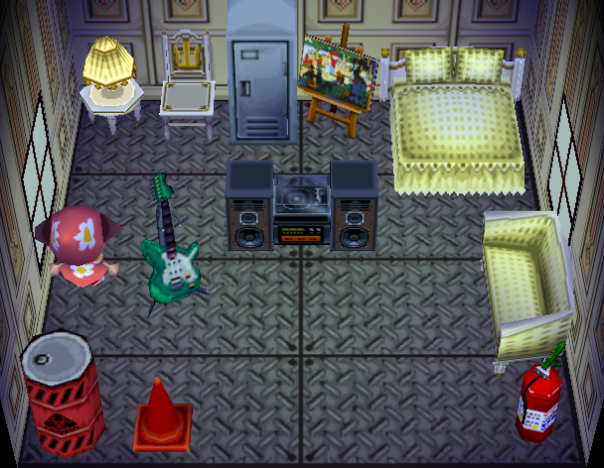 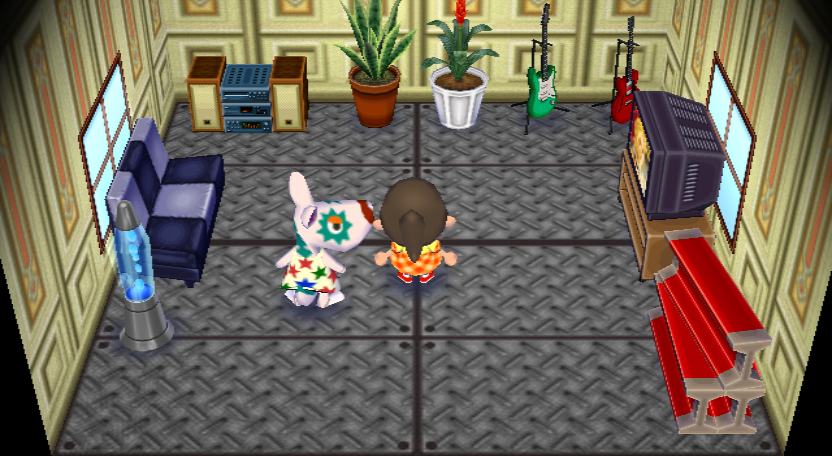 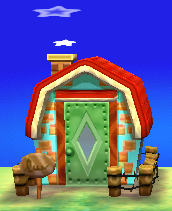 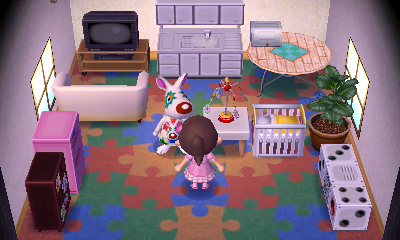 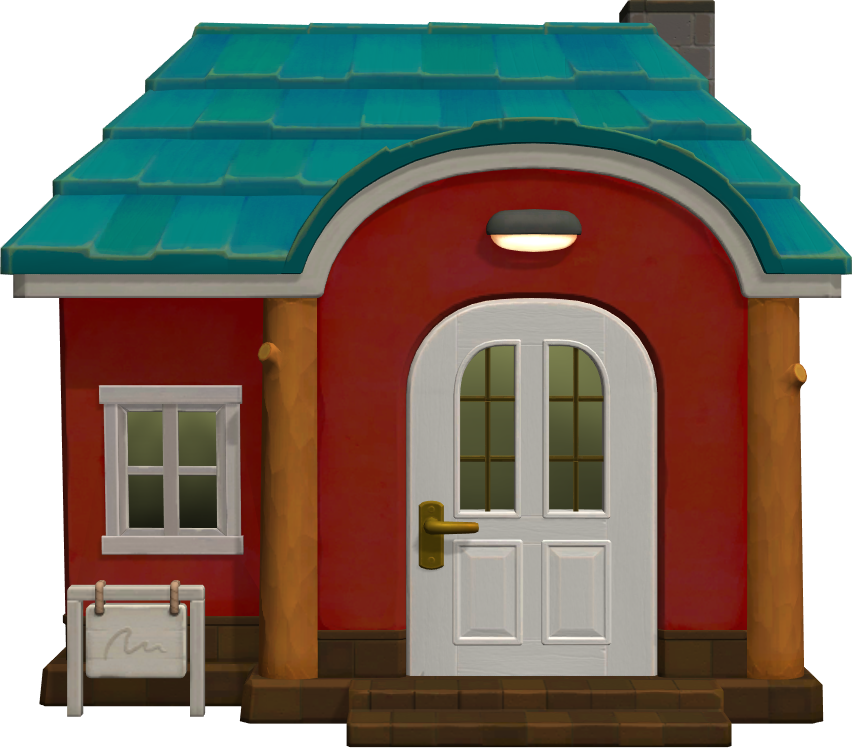 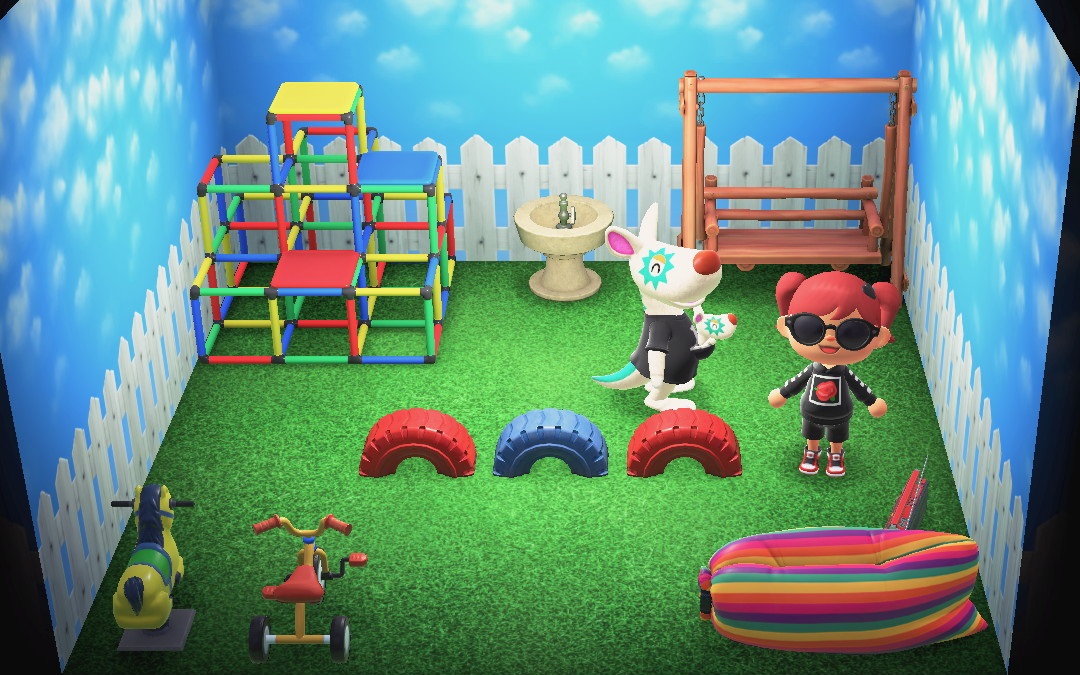 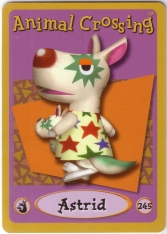 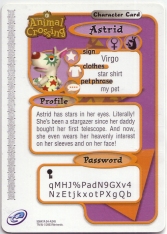 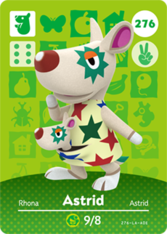