For the villager whose German name is Agnes, see Maddie. For French, see June.

Agnes is a big sister pig villager in the Animal Crossing series. She first appeared in Animal Crossing: New Leaf and has appeared in all subsequent games. She is the only big sister pig in the series. Her name is derived from agū (アグー), a breed of black pig native to Okinawa. Her catchphrase is a reference to the sniffing noises a pig makes, and her Japanese catchphrase, bufufu (ブフフ), may be a pun on onomatopoeias for the sound a pig makes, būbū (ブーブー), and laughter, fufufu (ふふふ). Her favorite saying may be a pun on sow, an adult female pig.

In New Horizons, Agnes has the play hobby and can run around with her arms extended at any time, rather than only outside Resident Services during a scripted activity with a group of villagers.

Artwork of Agnes from Welcome amiibo.

Agnes is a black pig with pink inner ears. She also has white around her eyes and eyelashes. She has a pink nose, which has a streak of white above it. She may be inspired by the Berkshire or agū breeds of pig.

Agnes has a big sister personality, a combination of the snooty, normal, and peppy personalities. Once she becomes a close friend of the player, she will act like a big sister. She may have disputes with snooty and cranky villagers since they enjoy spreading rumors.

In Animal Crossing: New Leaf, Agnes cannot be one of the starting villagers in the player's town. 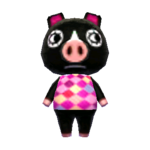 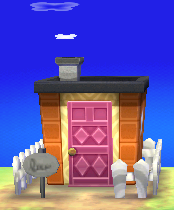 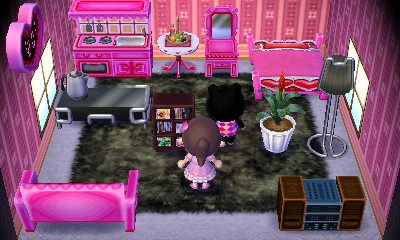 In Animal Crossing: New Horizons, if Agnes is one of the starter villagers, her house will have craftable items primarily from the Wooden Block Series. She cannot have her initial house interior unless she moves out of the player's island or the Happy Home Paradise DLC is purchased, in which either the player or Isabelle can reset the interior. 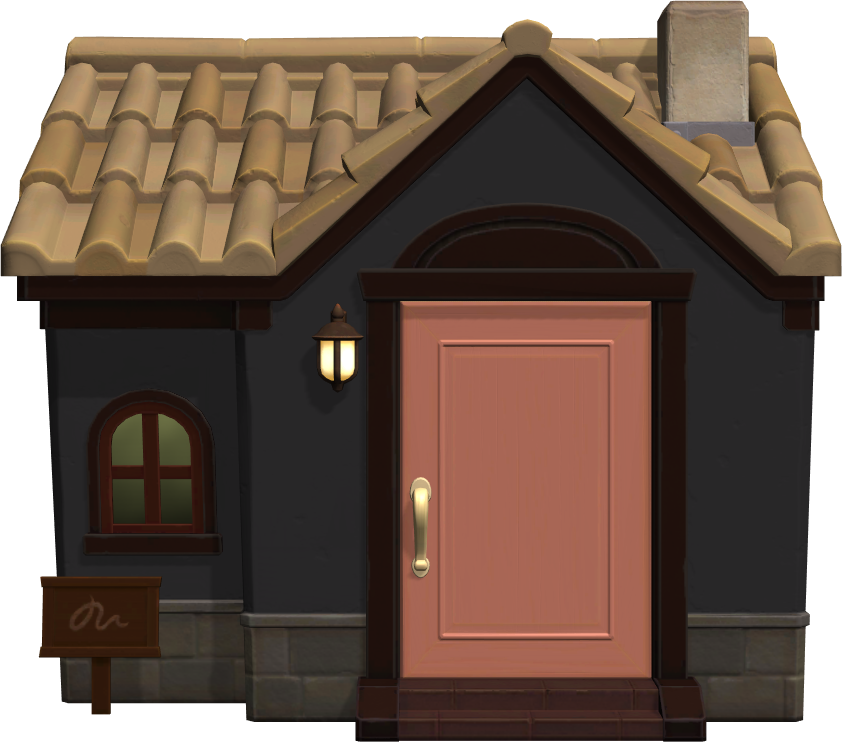 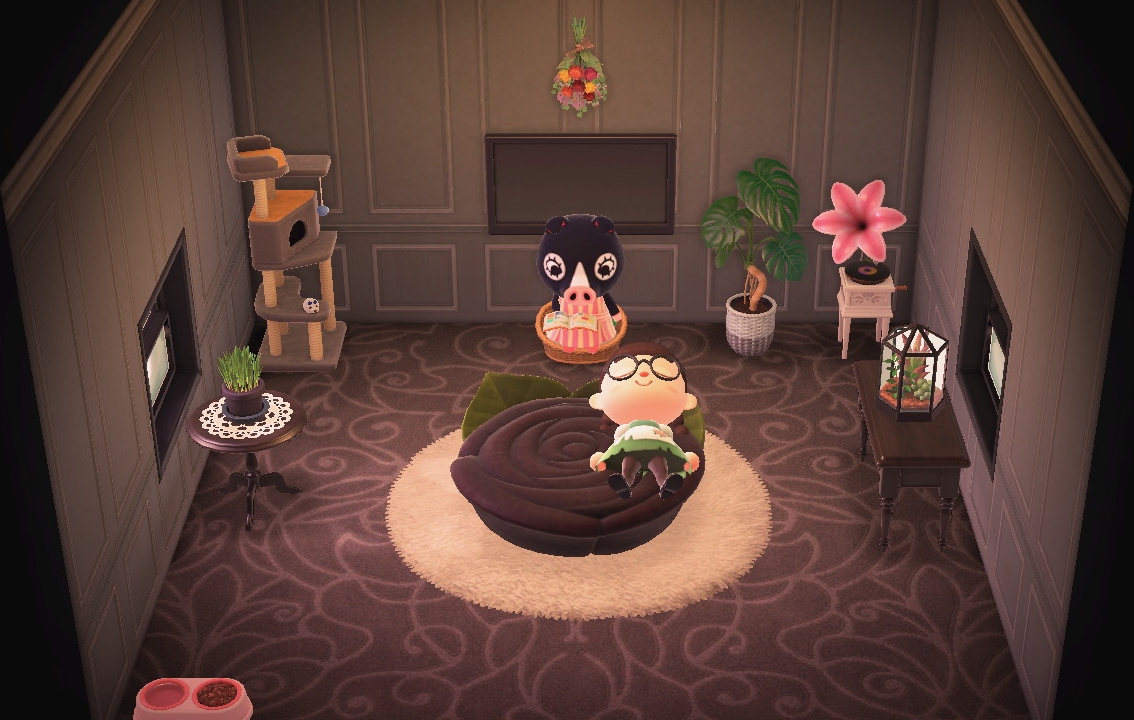 Agnes is one of the 40 villagers in Animal Crossing: Pocket Camp who have been in the game since its release. 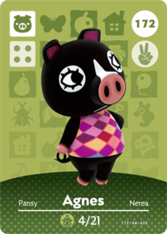