Lucy is a normal pig villager in the Animal Crossing series who appears in all games to date except Animal Crossing: Pocket Camp. Her catchphrase, "snoooink," is based on the sound pigs make, oink.

In New Horizons, Lucy has the music hobby and may sing anywhere without the need of a stereo.

Artwork of Lucy from Animal Crossing.

Lucy is a white pig with pink hooves, brown bangs, and rosy pink blush on her cheeks. She has shiny black eyes with two black eyelashes each. In Doubutsu no Mori, her mouth is much larger and colored pink, while the blush is replaced by pink lines just under her eyes.

Lucy, having a normal personality, is quite a pleasant villager and loves clothes, especially receiving them from the player. She will ask the player for something every now and again, but she will not be lazy and always challenge the player in order to receive bugs, fish, or furniture. She is polite around everyone, and does not really gossip about other villagers. She rarely goes inside. Usually, when she is outside, she is mostly either catching bugs or carrying a watering can, but most of the time she is carrying a watering can. She always talks about her garden. She loves getting along with people and always has something interesting to say. A lot of villagers say she could be famous one day for her style but does not wish to be one step like famous.

This picture entitles you to one free smile! 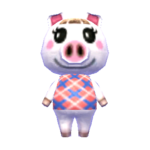 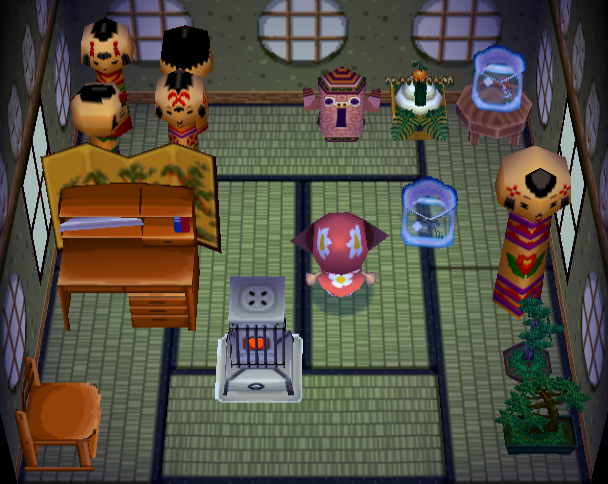 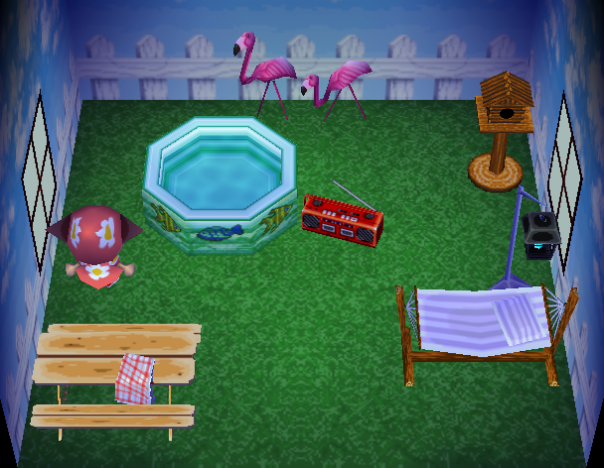 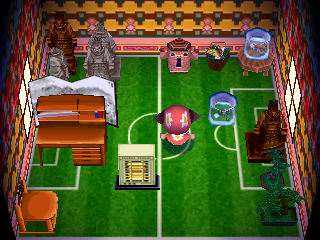 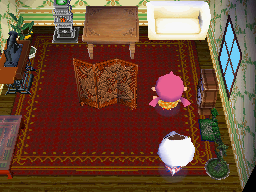 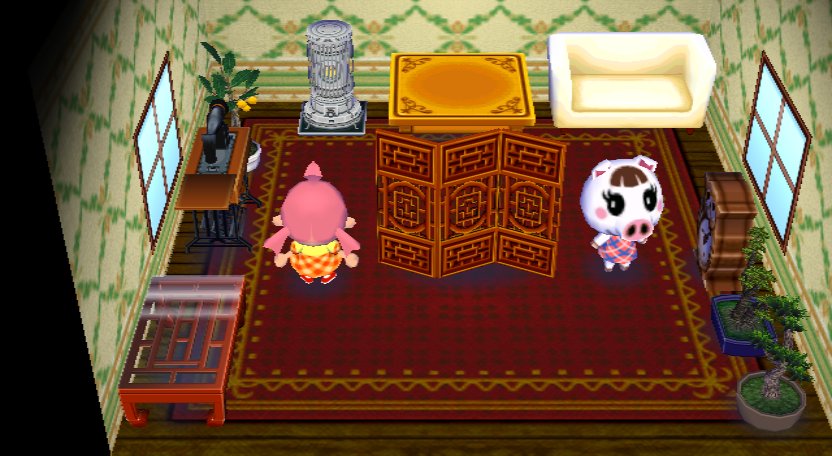 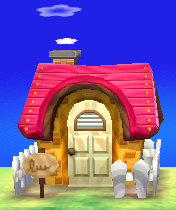 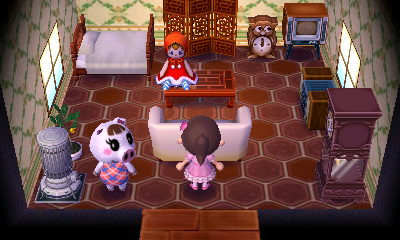 In Animal Crossing: New Horizons, if Lucy is one of the villagers who moved in during the main storyline after the villager house development quest, her house will have a combination of non-craftable furniture, plus items crafted by players during the island development storyline, primarily from the Wooden Series. She cannot have her initial house interior unless she moves out of the player's island or the Happy Home Paradise DLC is purchased, in which either the player or Isabelle can reset the interior. 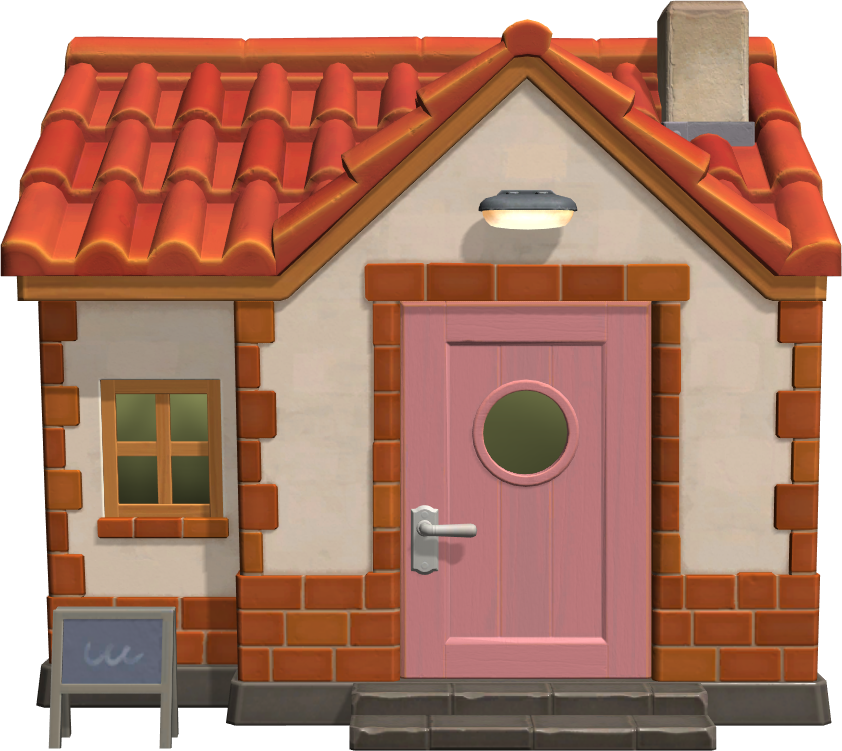 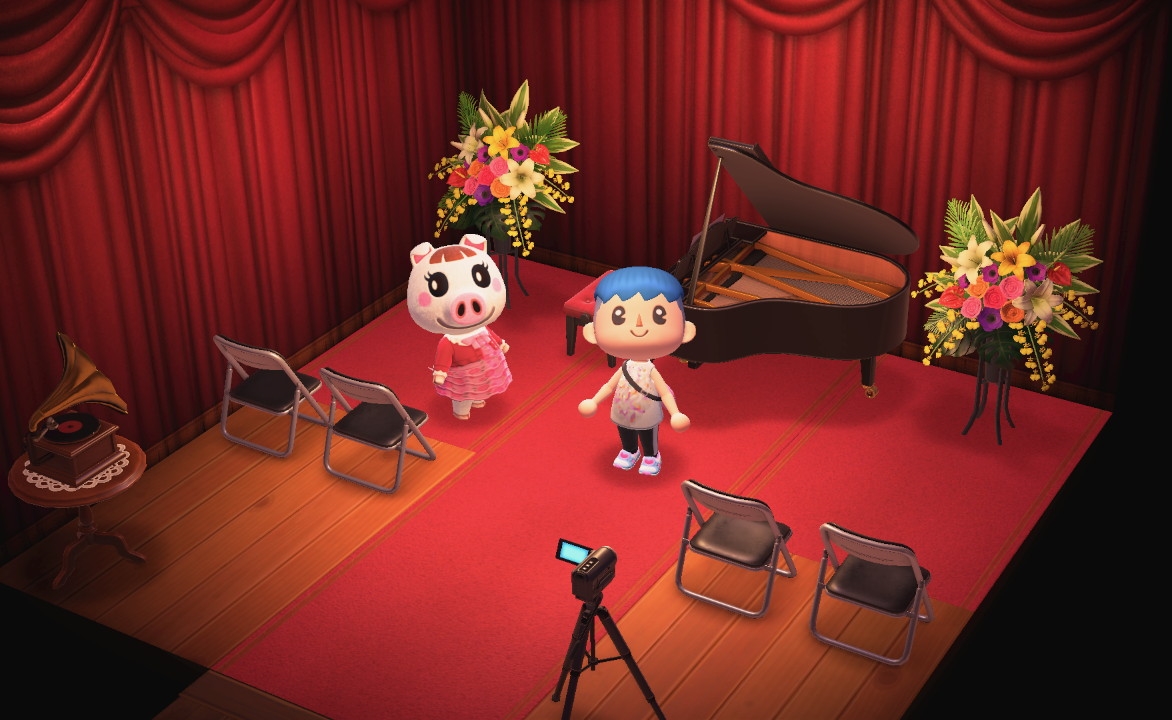 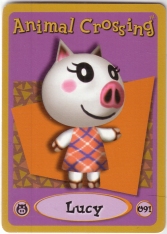 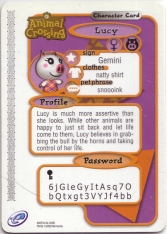 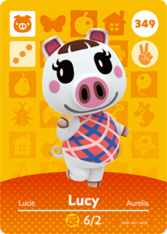