In New Horizons, Raymond has the nature hobby and may be found reading a book pertaining to an item he is studying, which can be either flowers, bugs, fish, or fossils.

Artwork of Raymond from New Horizons.

Raymond is a gray cat with a black tail, black paws, black ears with pink insides, and blonde hair that is neatly combed to the right. He wears glasses and has eyes like the cats that have complete heterochromia iridum, with his left eye being green and his right eye being brown. He appears to be designed after white-collar workers, featuring an appearance, house, catchphrase, and picture quote that all reference elements of a typical businessperson or office worker.

Raymond is a villager that falls under the smug personality. He will not find it hard to converse with other villagers, as he is very polite and lively. He also may be seen flirting with the player, regardless of their gender. He may sometimes appear conceited when talking to himself. 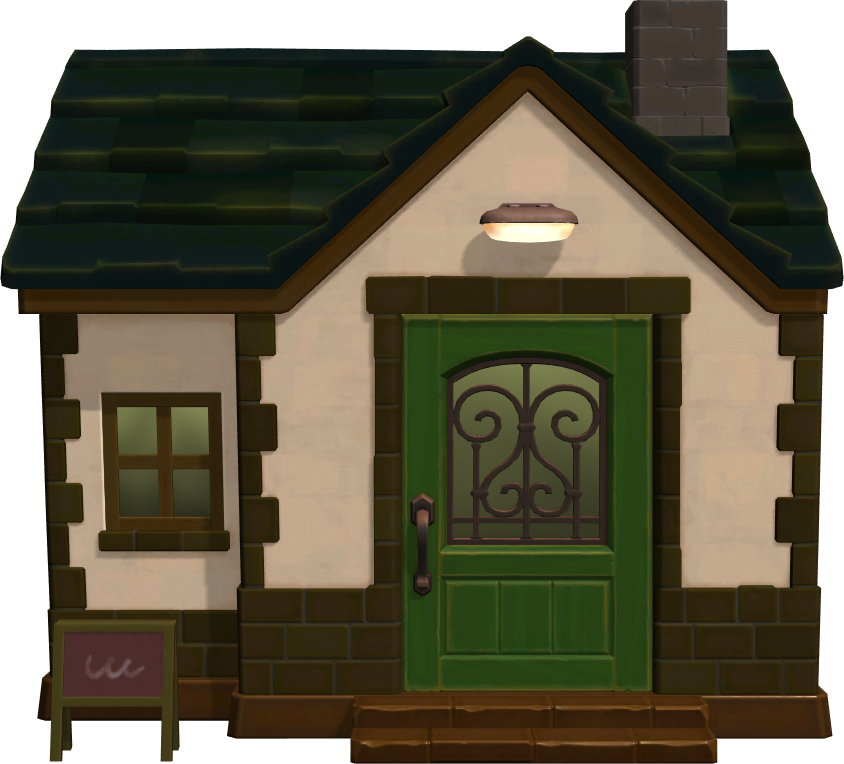 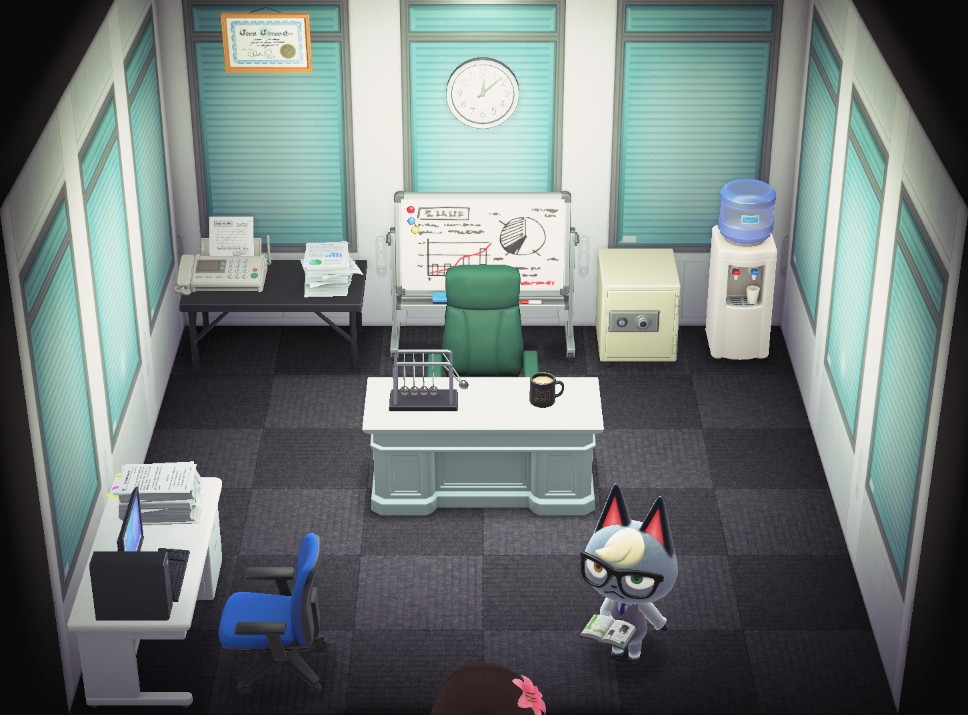 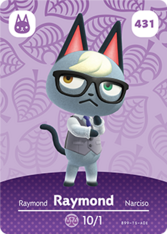