Zucker is a lazy octopus villager in the Animal Crossing series. He first appeared in Animal Crossing: New Leaf and has appeared in all subsequent games. His English name comes from sucker, like those found on an octopus's tentacles. It is also the same as the German word for "sugar," which relates to his flan-themed clothes in Animal Crossing: New Leaf, as flan is a dessert made of caramelized sugar. His Japanese name and overall appearance refer to takoyaki, a popular Japanese food made with octopus.

In New Horizons, Zucker has the nature hobby and may be found reading a book pertaining to an item he is studying, which can be either flowers, bugs, fish, or fossils.

Artwork of Zucker from Welcome amiibo.

Zucker is an octopus, resembling the Japanese snack takoyaki, with a bamboo toothpick stuck in his head. His head resembles a takoyaki ball with his green freckles resembling seasonings put on takoyaki, and his "hair" representing a sauce that is usually served with takoyaki. He has black, oval-shaped eyes, which turn to white with black outlines when he is shocked. His body is a similar shade of red as Octavian's.

As a lazy villager, Zucker has a relaxed, laid-back lifestyle and will appear friendly toward the player. He often talks about food and is humorous or naïve during conversations. During conversations with other villagers, he generally gets along well with peppy, smug, and cranky villagers, while snooty and jock villagers may not get along with him due to their conflicting lifestyles. In New Horizons, Zucker goes to sleep at 11 PM and wakes up at 8 AM. 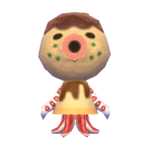 In both of Zucker's game appearances, his house resembles a food vendor. In Animal Crossing: New Leaf, Zucker's house resembles a conveyor belt sushi restaurant, a form of sushi restaurant commonly found in Japan. His house includes two conveyor-belt sushi and various kitchen appliances. In Animal Crossing: New Horizons, Zucker's house takes on the appearance of a food vendor at a street festival, as indicated by his wallpaper and flooring portraying an urban area, and the wallpaper being decorated with party garlands. The stall, steamer-basket set, cotton-candy stall, and the couple of fruit-themed cardboard boxes emphasize the food vendor theme. 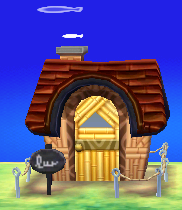 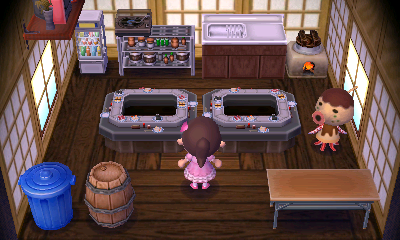 In Animal Crossing: New Horizons, if Zucker is one of the villagers who moved in during the main storyline after the villager house development quest, his house will have a combination of non-craftable furniture, plus items crafted by players during the island development storyline, primarily from the Log Series and applicable native fruit sets. He cannot have his initial house interior unless he moves out of the player's island or the Happy Home Paradise DLC is purchased, in which either the player or Isabelle can reset the interior. 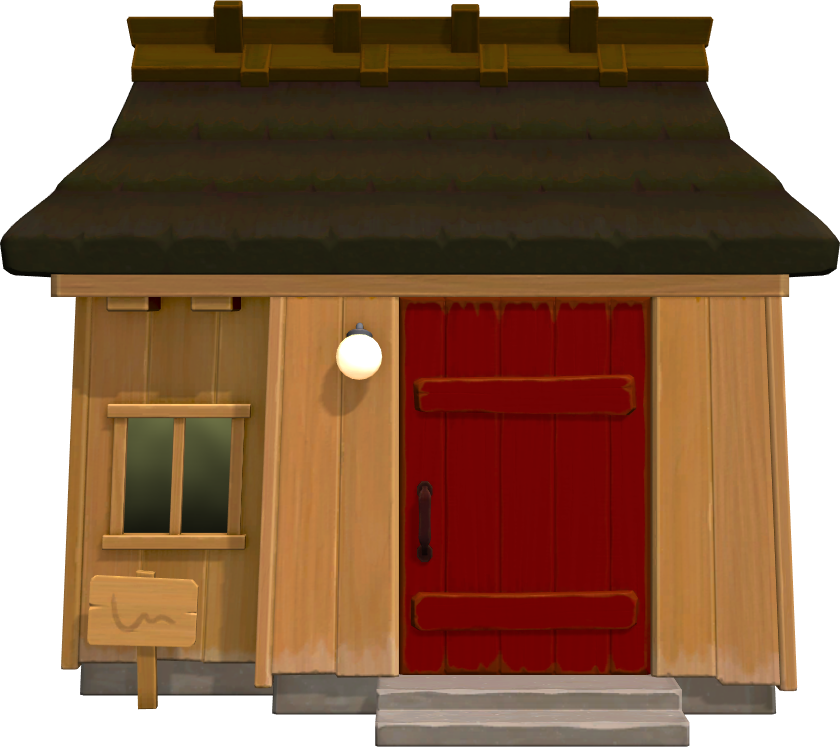 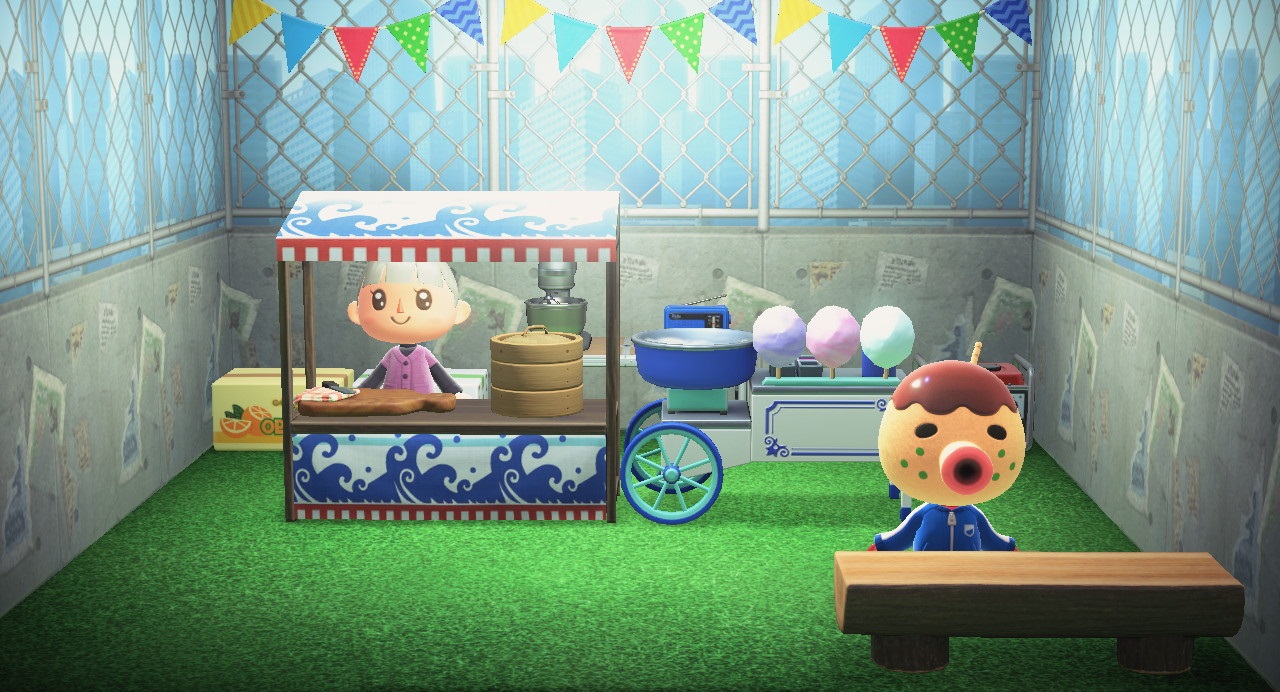