For the villager whose French name is Chico, see Rodney.

Chico is a lazy mouse villager in the Animal Crossing series. He appears in every first-generation Animal Crossing game. His name means "small" in Spanish, referring to the size of his species.

Chico in Doubutsu no Mori.

Chico is a brown mouse with a big smiling mouth and small, squinted eyes. He has pink inside his ears and a striped tail. His eyes are fully closed because of his immense smile, but he will occasionally open his eyes when surprised. Chico consistently displays a toothy grin as he speaks, in a similar manner to fellow mouse Samson. 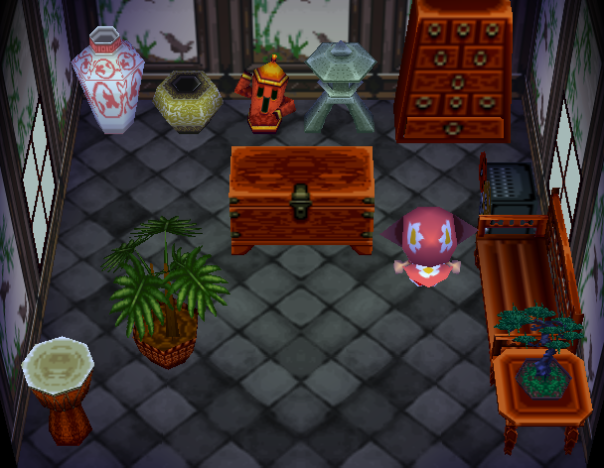 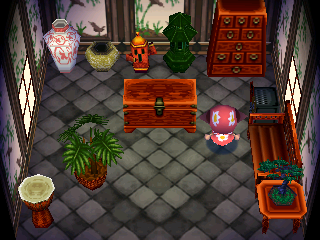 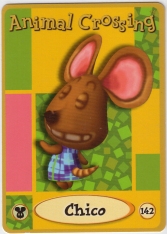 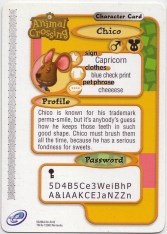