For the villager whose German name is Bettina, see Bianca.

Bettina is a normal mouse villager in the Animal Crossing series. She first appeared in Animal Crossing: City Folk and has appeared in all subsequent games except Animal Crossing: Pocket Camp. She has an overall theme that revolves around cooking, as her default outfit is the Chef's Outfit, her New Leaf goal is to be a chef, and her houses and house requests involve cooking. Her name may be derived from the Betty Crocker cooking brand, fitting with the cooking theme. Her profile on the official Japanese website for Animal Crossing: City Folk also mentions that she loves to cook and dreams of becoming a first-class pastry chef.[1] Her catchphrase, "eekers," is a reference to the squeaking sound made by mice.

In New Horizons, Bettina has the education hobby and can be seen wearing rimmed glasses, reading a novel while outside, and using a magnifying glass when near certain objects.

Artwork of Bettina from City Folk.

Bettina is a dark orange mouse that has yellow cheeks and inner ears. She has a typical cartoon mouse mouth and nose. She has short, dark blond hair swept to the side. She has curved eyebrows above her wide, black eyes.

As a normal villager, she will be concerned with cleanliness in her home. She comes across as polite and helpful, usually giving the player useful tips in-game, such as the camera options. She will not have any precise hobbies and will tend to be interested in anything, though furniture and clothing are the usual interests. She will enjoy being with jock, lazy, peppy, or other normal villagers as they appear to be nicer and friendlier. She will tend to dislike being with cranky and snooty villagers as they enjoy insulting other villagers. Like all normal villagers, she will easily become upset, but will forget ever having the conversation. As a normal villager, she also becomes upset when the player bothers her (hit her with a net, being pushed, hit her with a toy hammer, and scaring her with a megaphone). She may ask the player from time to time to find an item of clothing or furniture and will ask kindly and wait patiently until the item arrives. However, if she does not get the item, she will not feel discouraged or put off and will dismiss the item as unwanted. Bettina is obsessed with cooking and will ask to go to the player's house frequently. She sometimes asks the player to catch some fish for her, but she usually asks for easy fish. 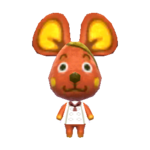 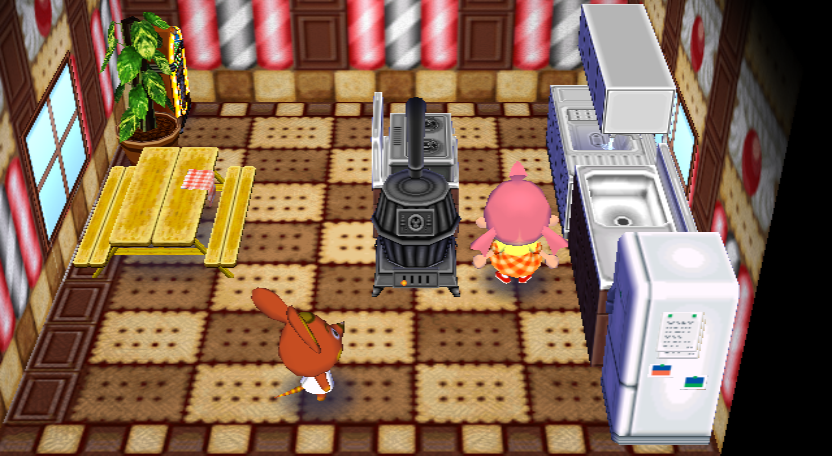 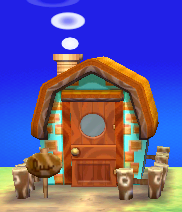 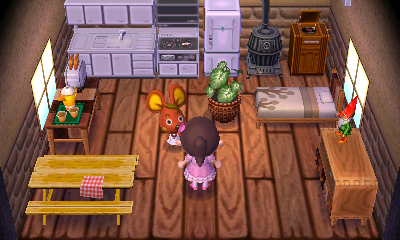 In Animal Crossing: New Horizons, if Bettina is one of the villagers who moved in during the main storyline after the villager house development quest, her house will have a combination of non-craftable furniture, plus items crafted by players during the island development storyline, primarily from the Wooden Series. She cannot have her initial house interior unless she moves out of the player's island or the Happy Home Paradise DLC is purchased, in which either the player or Isabelle can reset the interior. 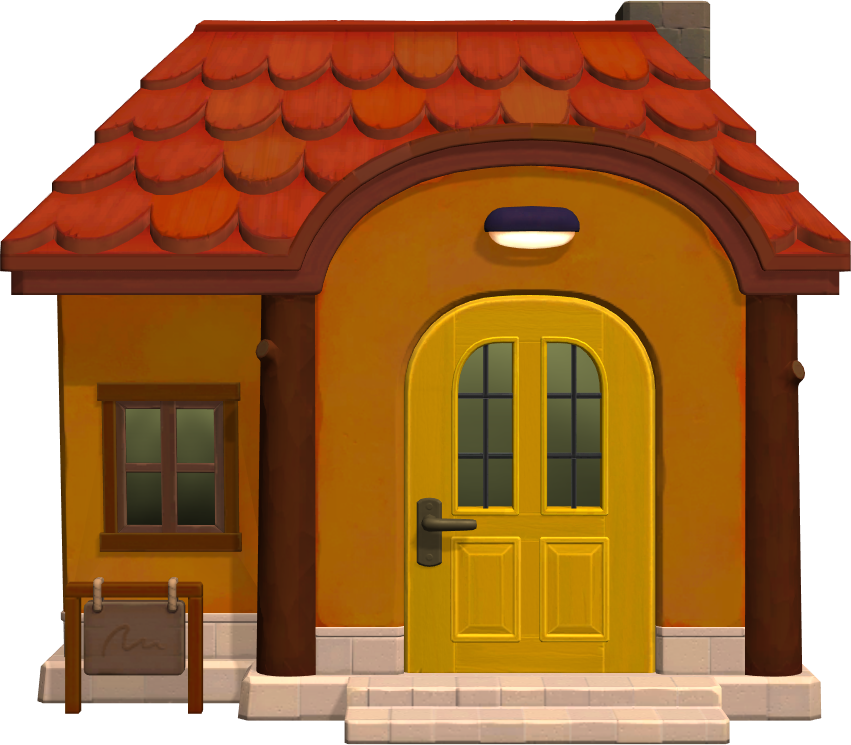 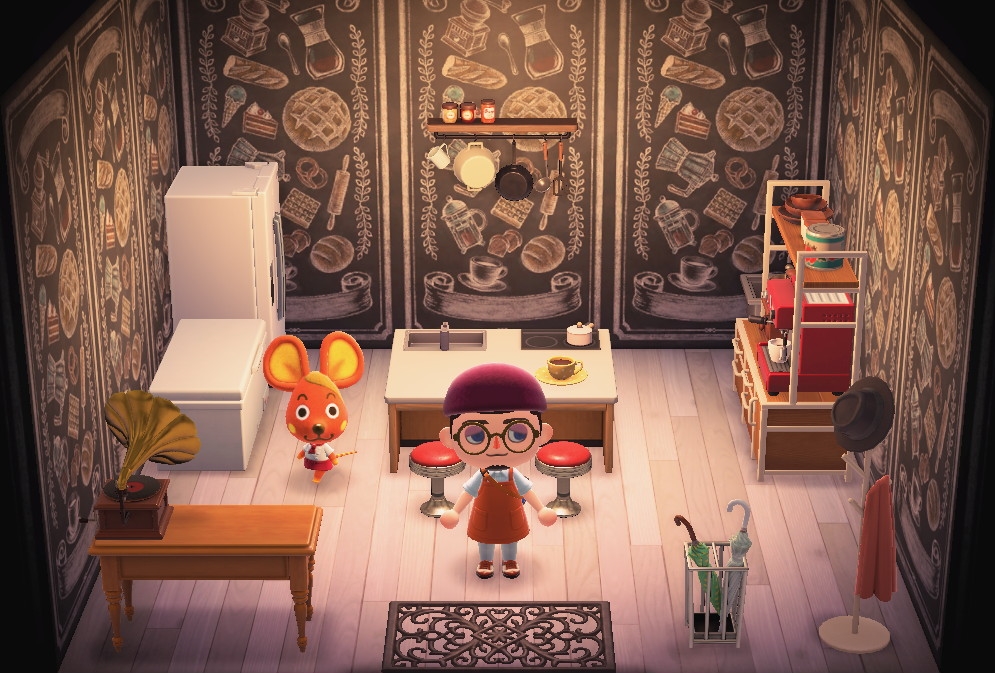 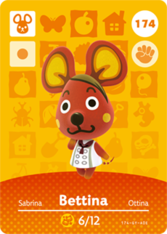