Skye is a normal wolf villager in the Animal Crossing series. She first appeared in Animal Crossing: New Leaf and has appeared in all subsequent games. She is the only normal wolf in the series. Her name is derived from her appearance, which resembles the sky and clouds, while her catchphrase "airmail" refers to mail sent through the sky via airplane. Skye shares her Japanese and Korean name "Lily" with the frog villager Lily, and her catchphrase in Japan "fuwawa" sounds like "flower," in reference to her name, "Lily." "Fuwafuwa" is also Japanese for "fluffy," much like her cloudy appearance.

In New Horizons, Skye has the music hobby and may sing anywhere without the need of a stereo.

Artwork of Skye from Welcome amiibo.

Skye is a light blue wolf with white highlight streaks in her fur. Her nose is light brown, and her ears have pink inside them as with many other wolf villagers. She has one small eyelash above each of her white, oval-shaped eyes that appear wide open. Her paws and the tip of her tail are white, with very light pink outlines around the white areas. She also has a white quatrefoil-shaped marking on her head and a white marking on her snout resembling a cloud. Both these markings also possess a light pink outline.

Skye has a normal personality, so she will be a pleasant villager. She will act caring toward the player and will often ask them for favors. She will seem timid and shy, but she is rarely angry and will remain polite to all her neighbors. However, she might have problems talking to cranky villagers. Skye will wake up at 6:00 AM and falls asleep at 12:00 AM. 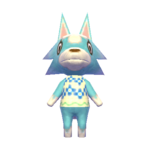 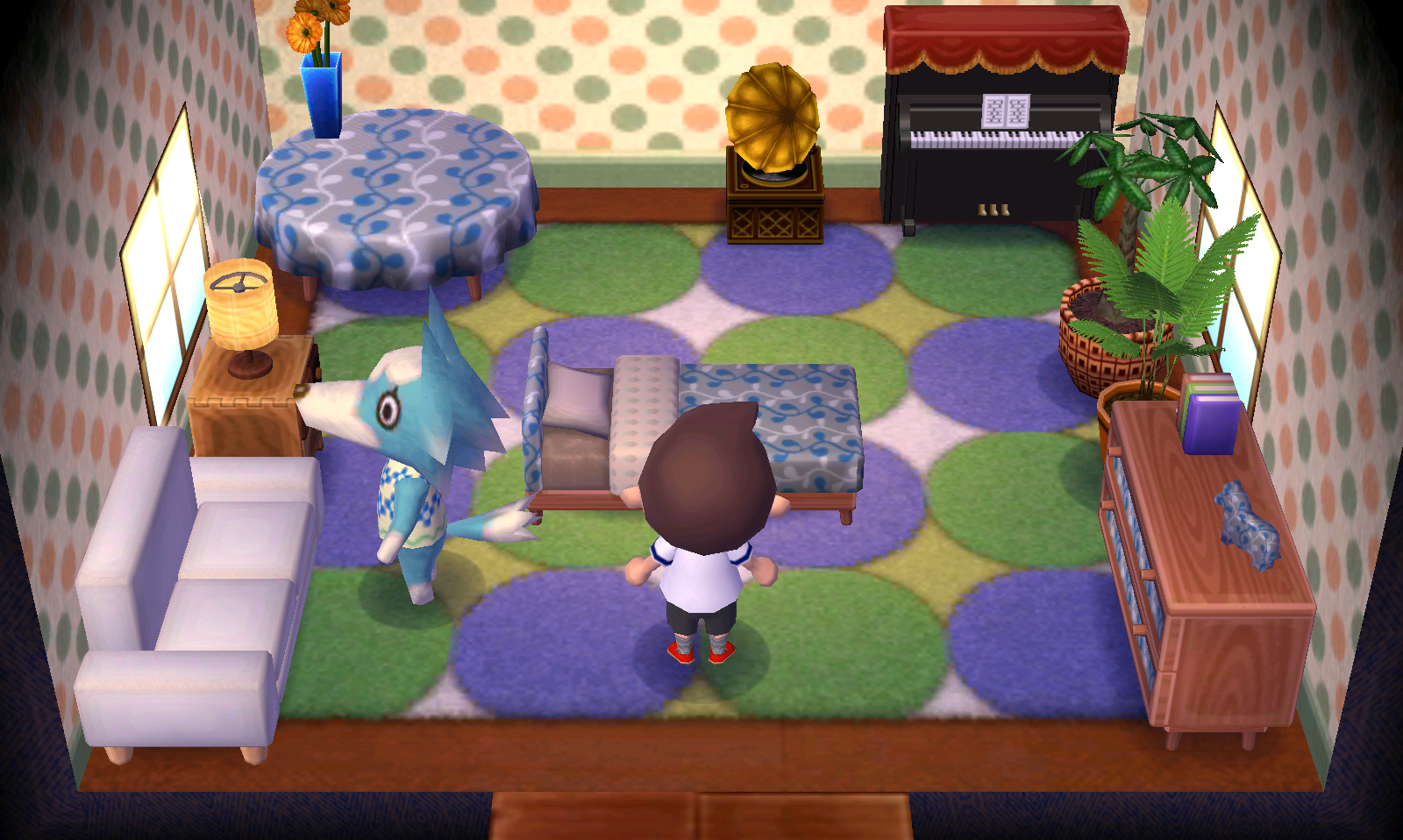 In Animal Crossing: New Horizons, if Skye is one of the villagers who moved in during the main storyline after the villager house development quest, her house will have a combination of non-craftable furniture, plus items crafted by players during the island development storyline, primarily from the Wooden Series. She cannot have her initial house interior unless she moves out of the player's island or the Happy Home Paradise DLC is purchased, in which either the player or Isabelle can reset the interior. 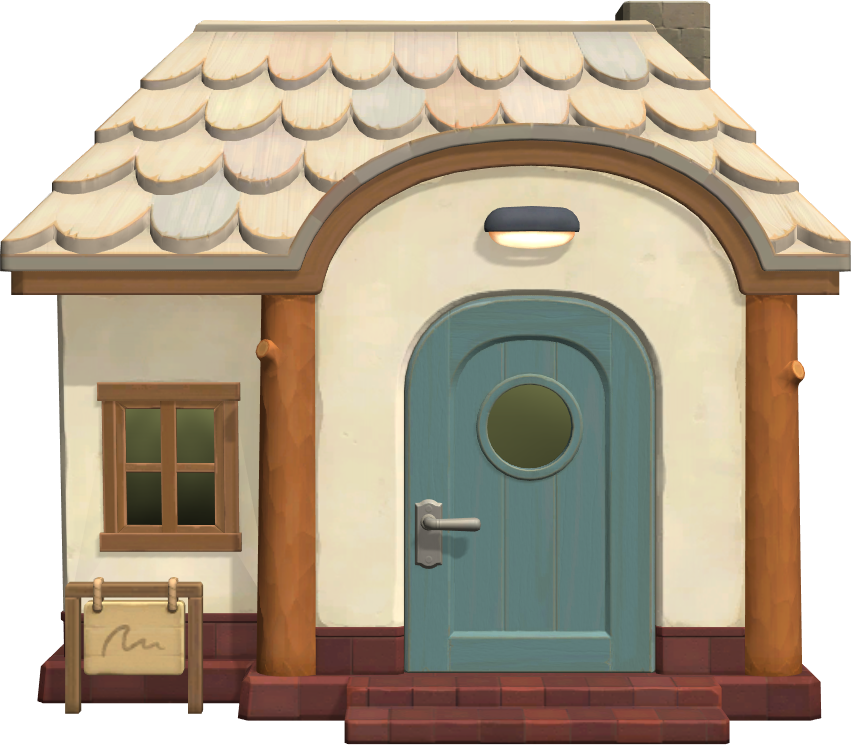 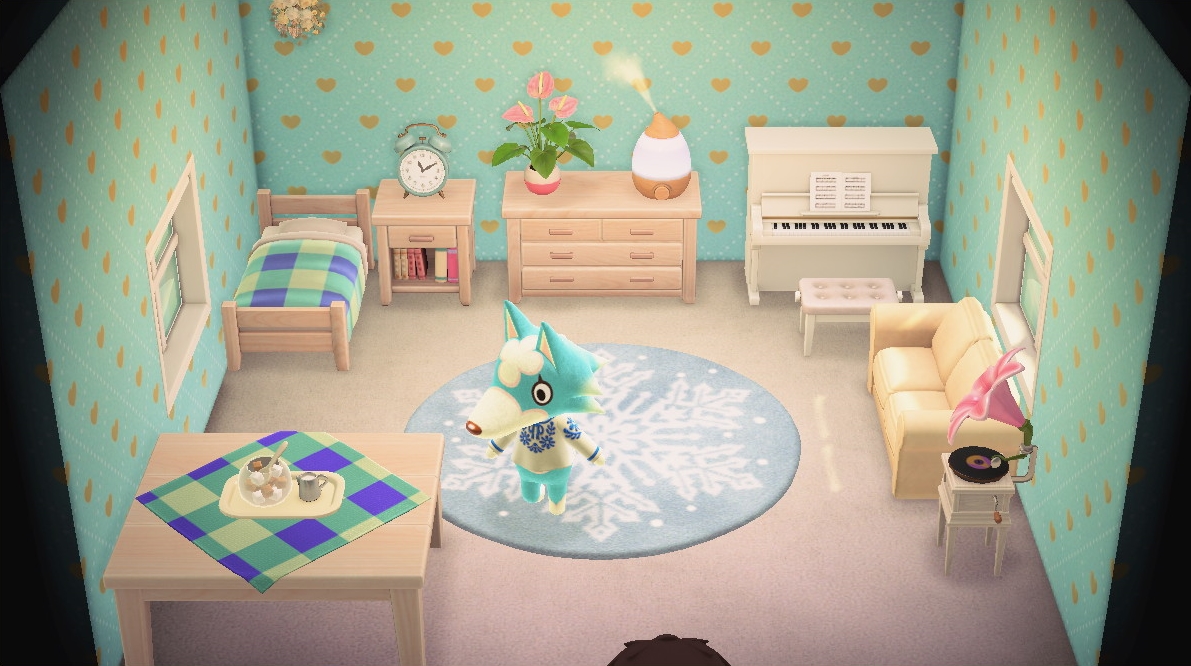 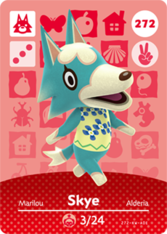