Fang is a cranky wolf villager in the Animal Crossing series. He appears in all games except Animal Crossing: Wild World. His name may come from the fang, a tooth found in carnivores. His Japanese name is named after Siberia, a region in northern Asia that is mostly an arctic environment.

In New Horizons, Fang has the education hobby and can be seen wearing Rimmed Glasses, reading a novel-type book while outside, and using a magnifying glass when near certain objects.

Artwork of Fang from Animal Crossing.

Fang is a light gray wolf with a white muzzle, cream tipped paws, and purple eyelids. In Doubutsu no Mori, Fang's fur is slightly lighter, and his eyes are much larger with brown eyelids as opposed to purple.

Fang has a cranky personality, meaning that he can be quite rude to the player and be all around grumpy. He will warm up to the player as time goes on, and may eventually become a close friend. 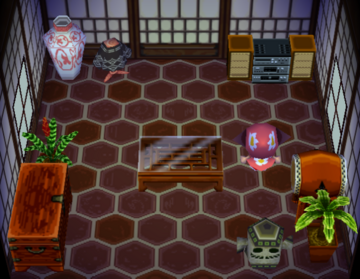 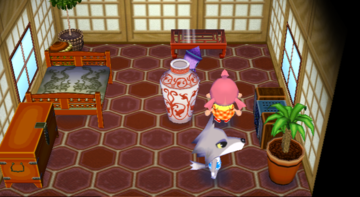 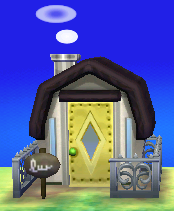 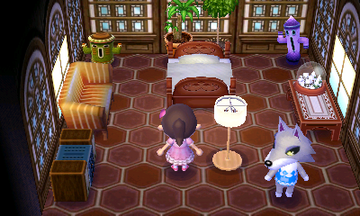 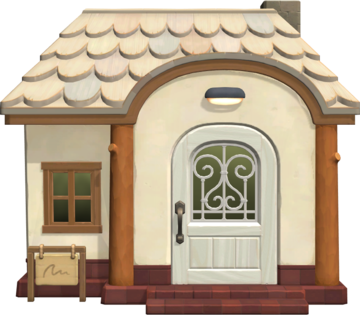 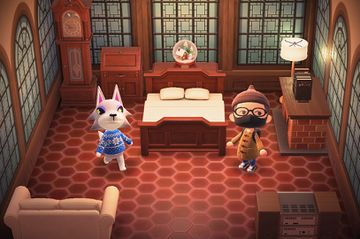 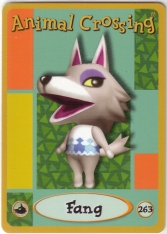 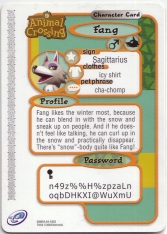 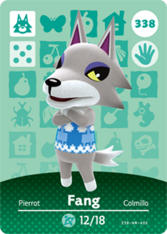