Admiral is a cranky bird villager in the Animal Crossing series. He first appeared in Doubutsu no Mori, and after his appearance in Doubutsu no Mori e+, he remained absent from the series until Animal Crossing: New Leaf - Welcome amiibo. His name is likely derived from famous naval officer and explorer Admiral Byrd, a pun on his species. His catchphrase, short for "aye aye, sir," is a nautical term used as a reply of acknowledgement and compliance to a person of authority.

In New Horizons, Admiral has the nature hobby and may be found reading a book pertaining to an item he is studying, which can be either flowers, bugs, fish, or fossils.

Artwork of Admiral from Animal Crossing.

Admiral is a green bird with a white jaw line, orange cheeks, and a yellow-orange beak. His overall appearance matches his cranky personality - with deep, serious eyes (which are slightly squinted in Welcome amiibo) complimenting a large dark-green unibrow, and a protruding forehead making him appear mature or serious, which are two traits commonly associated with the cranky villager personality.

As a cranky villager, Admiral will appear serious and mature when in conversation, and not understand sarcasm or jokes, making it difficult for other personality types, namely peppy and jock types, to have a conversation with him without either villager walking off angry or upset. He prefers peace and solitude, therefore he is happier left alone but will eventually befriend the player considering them his "only friend." He enjoys fishing, and may give some advice towards the player about certain types of fish and how well they sell at Tom Nook's Store. He will admire lazy villagers due to their laid-back attitude. He will also get along with snooty villagers due to their similar personalities.

In Animal Crossing: New Leaf - Welcome amiibo, Admiral can only move to the player's town if his amiibo card is scanned, or if he is invited to move in from another player's town. 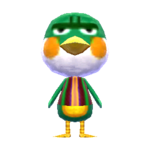 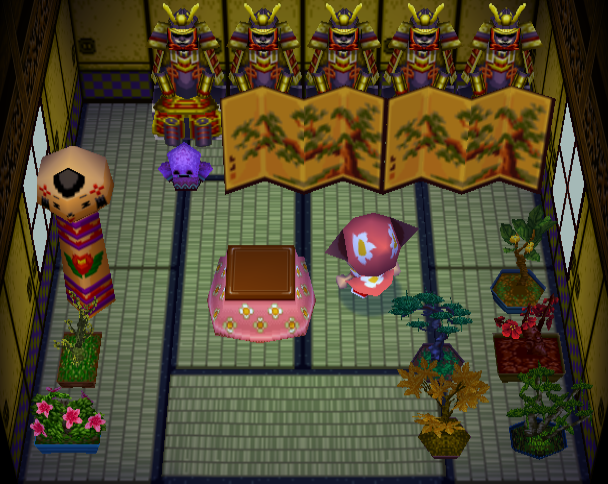 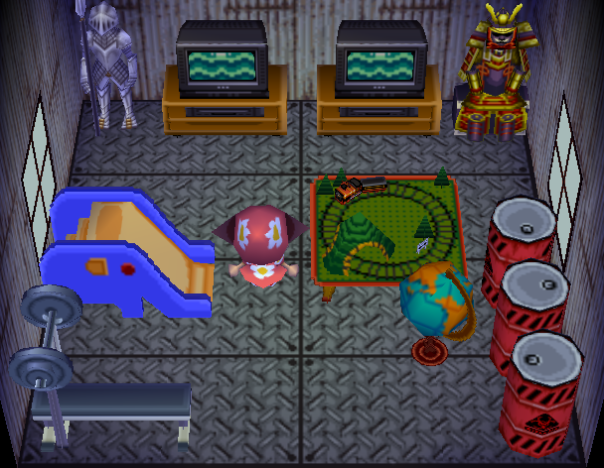 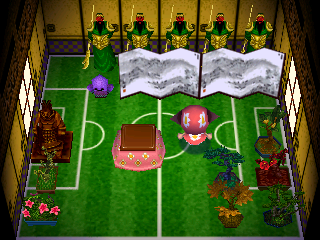 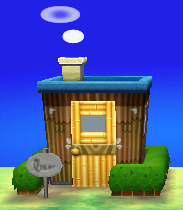 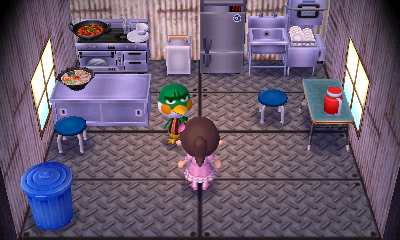 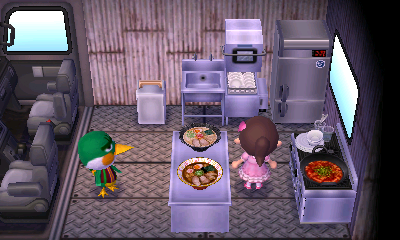 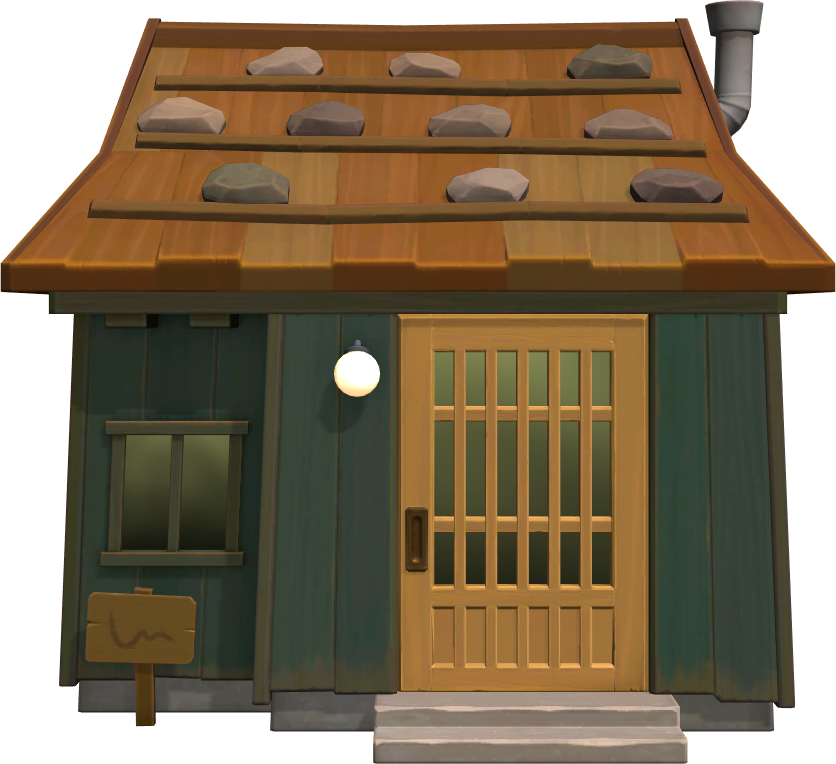 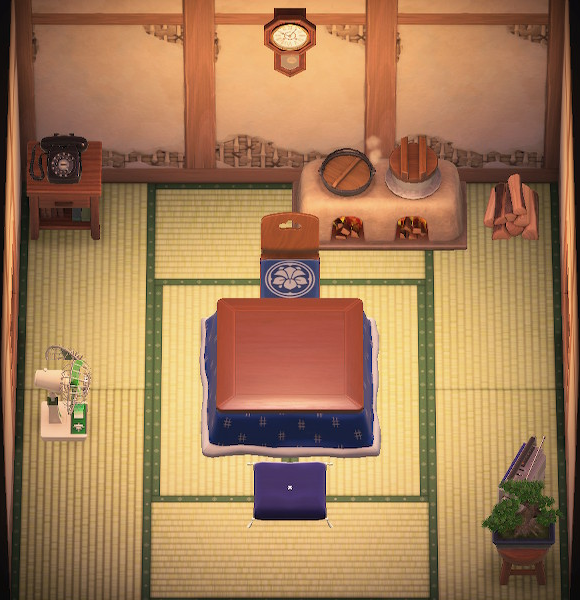 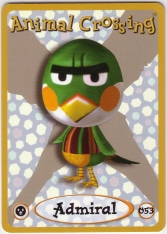 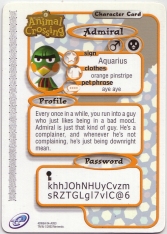